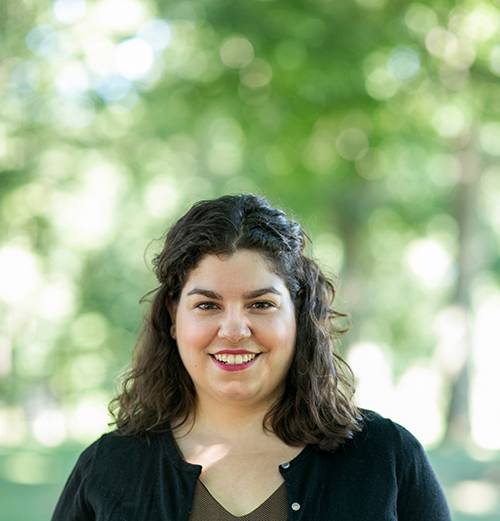 She will spend the 2019-2020 academic year in residence at Harvard Divinity School as a Research Associate in the Women's Studies in Religion Program.

My research takes on questions of women, girlhood, and religion in 19th and 20th century North America and explores the role of women’s, gender, and sexuality studies in public history projects and pedagogy.

My first book, The Young Catholic: Girlhood and the Making of American Catholicism, in progress, argues for the centrality of young women's narratives in nineteenth-century U.S. Catholic history. I am also beginning research on the life history of Ella Harding -- a nineteenth-century Catholic “spinster” school teacher from upstate New York -- as part of my next book project, which explores singleness as a frame for American women’s religious history. I have worked to document the visual culture of Puerto Rican Catholic childhoods in mid-20th century New York City, and wrote on the intersections of race, religion, and sexuality for the Oxford Handbook of Religion and Race in American History.

As the 2020 centennial of the Nineteenth Amendment approaches, I am engaged in speaking and writing projects that assess women's history in New York museums, archives, and monuments.

The Young Catholic: Girlhood and the Making of American Catholicism, book manuscript in progress.

"Putting Women on a Pedestal: Monument Debates in the Era of the Suffrage Centennial," for Suffrage at 100: Women in American Politics Since 1920, eds. Stacie Taranto and Leandra Zarnow (Johns Hopkins University Press, anticipated August 2020).

"The Politics of Women’s History: Collecting for the Centennial of Women’s Suffrage in New York State," Collections: A Journal for Museums and Archives Professionals 14.3 (Summer 2018): 331-350.