Study concepts of gender as a foundational element of global societies and cultures, and explore how gender intersects with sexuality, race, class, ability, nationality, ethnicity, religion, and age in the constitution of experience and identities. 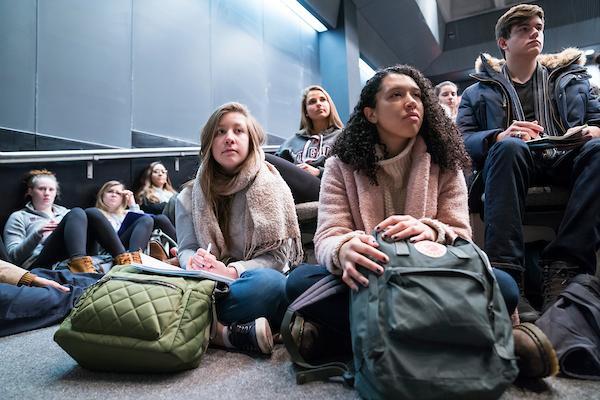 Join the Women’s Studies Program (WMST) as we explore evolving definitions of gender and feminism, and continue our progress beyond exclusionary theories and practices.

Students in the program integrate knowledge from many disciplines and perspectives to analyze societal, cultural, global, and personal issues. Reflect on knowledge production within different and oftentimes unrecognized systems of oppression, including how fluid and socially constructed categories are presented as natural and permanent in their cultural and historical context. Acquire skills of critical analysis and advocacy that will equip you to challenge the normalization of inequalities.

The department offers both a major and a minor in Women’s Studies. 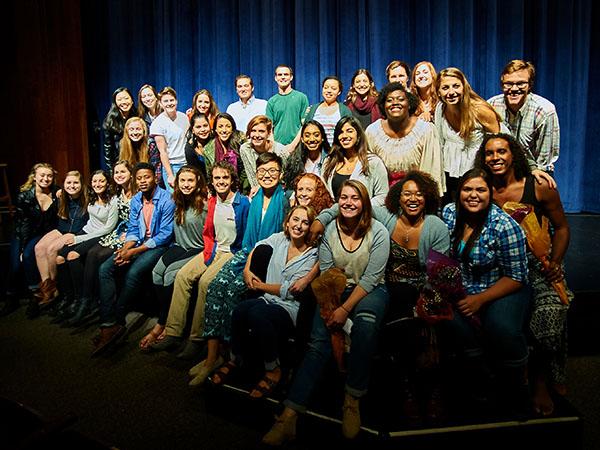 Learn about both required and elective courses available to students through the Women’s Studies Program. 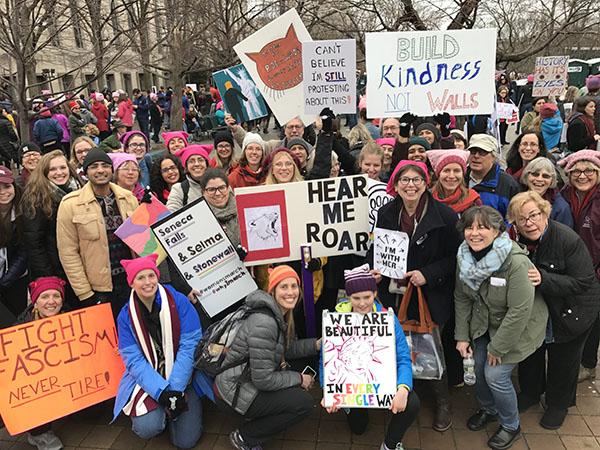 Meet the faculty and staff of the Women’s Studies Program, and learn about their ongoing scholarship. 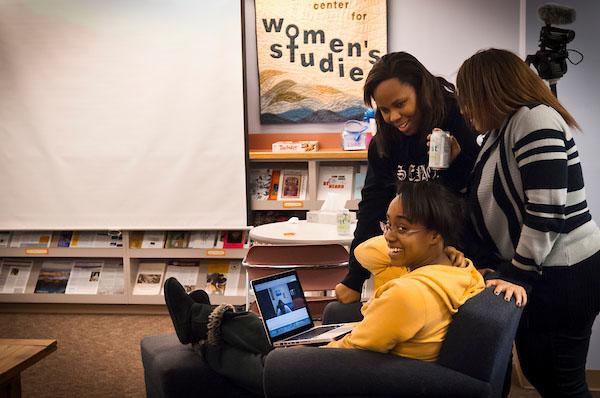 Explore resources for the Colgate community, including advocacy through the Center for Women’s Studies. 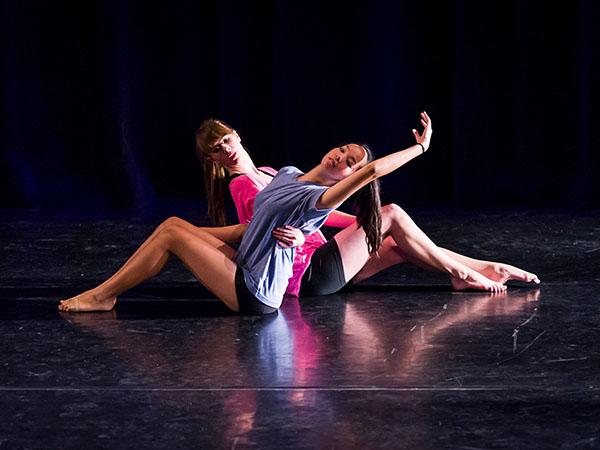 Learn our program’s Herstory as seen through the eyes of our alumnae. 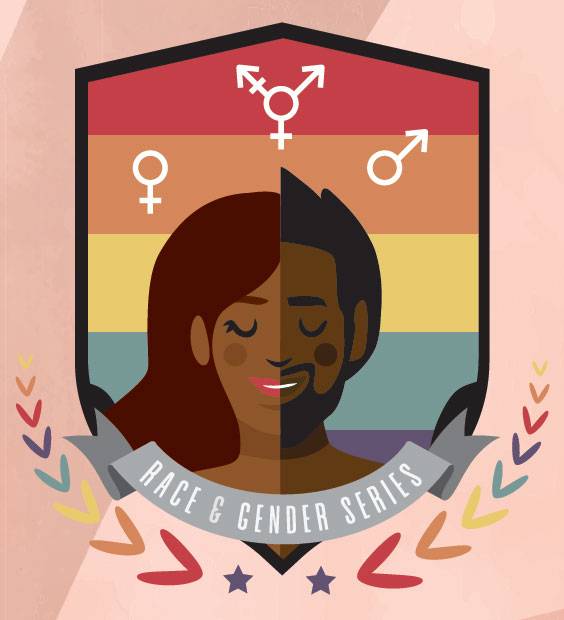 Where Do We Go From Here? Feminist Approaches to Anti-Blackness

Listen in throughout the 2020–21 academic year as interviewer and Women's Studies major Becca Sam ’23 speaks with six nationally-acclaimed scholars and speakers from the program's Race and Gender Speaker Series, co-sponsored by WMST, ALST, and Hancock Commons.

Listen to the February episode

Becca Sam ’23 speaks with Jenn M. Jackson (they/them), a queer, genderflux, androgynous, Black woman, an abolitionist, a lover of all Black people, and an Assistant Professor at Syracuse University in the Department of Political Science. Jackson’s primary research is in Black Politics with a focus on group threat, gender and sexuality, political behavior, and social movements. Jackson also holds affiliate positions in African American Studies, Women’s and Gender Studies, and LGBT Studies. They are a Senior Research Associate at The Campbell Public Affairs Institute at the Maxwell School at Syracuse University, as well.

Listen to the January episode

Black women have historically used the church as a space for reimagining and centering possibility.  In this episode, Becca Sam ’23 investigates Black womanist theologians' arguments in favor of apocalypse — specifically, bringing an end to a white supremacist patriarchal system.

Listen to the December episode 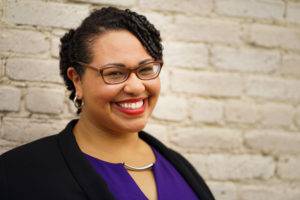 Listen to the Schalk interview 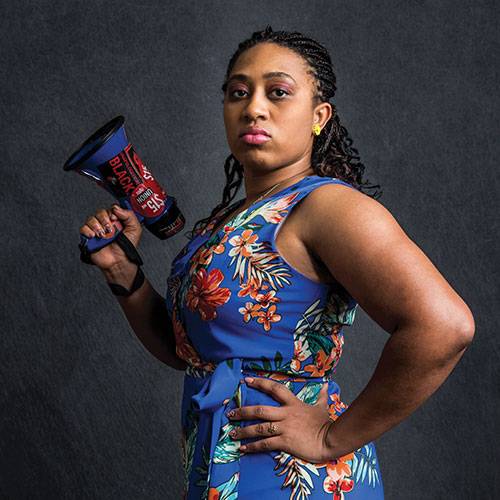 Listen to the Casey-Jones interview 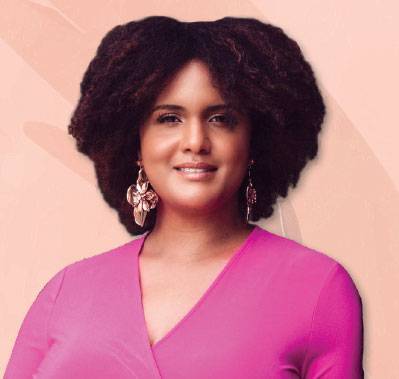 Professor Fleming addressed the Colgate community to launch the 2020–21  Race and Gender Speaker Series. Fleming is the author of How to be Less Stupid About Race (Beacon Press, 2018), the subject of the WMST book club meeting on October 16.

Listen to the Fleming interview 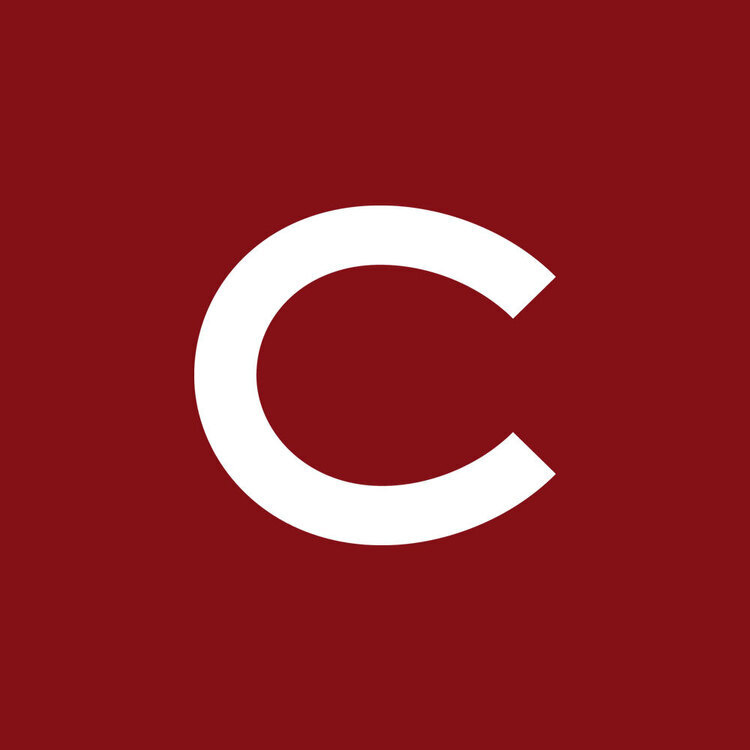 WMST has given me the confidence, the knowledge, and the community to blossom into an activist.

Open Letters to the Campus Community

Dear Students and all who stand in solidarity with anti-racism/anti-oppression,

This letter comes with a slight delay, riding now on the dirty coattails of what was a violent disregard for our Asian/American and Chinese students’ humanity and sense of belonging last week. Yet we know that the hate scrawled on our student’s bedroom door—the gateway to a space of sanctuary and alleged safety—drags along with it a long and tragic history of anti-Chinese and anti-Asian violence, a regrettable but real part of this nation’s foundation. But we know too that for every act of racist violence there has also always been resistance. Our Asian/American comrades knew this. And they also knew that while this kind of hate shaped us, molded our pains, and gave our realities texture (or what some might call ldquo;grit”), it also did not define us. Nor did it silence us. We have the Asian/American resistance movements and coalition-building with other oppressed communities from the 1960s to the present (e.g., The Black Panthers, BlackLivesMatter, Undocumented Immigrant rights movements, etc.) to remind us that silence has never been the norm. And, we all know too well the dogeared, normative story of Asians and Asian Americans. It’s a story of political apathy, of a monolithic community of model minorities ready and willing to align with the violence of white supremacy and capitalism. But that’s not our story. Our stories are richer and more beautiful—the collective imprint of all that our ancestors have struggled for and will continue to live on through our daily acts of resistance and our human acts of love towards each other. It is as Japanese-American activist Yuri Kochiyama noted, “we are all part of one another.” The persons who wrote hateful speech on their peer’s door forgot that. And what a sad loss for them because in doing so they diminished their own humanity as well. But again, that is not our story. Our stories are not just about sadness. They are also about joy and of communities coming together to speak back during moments like these. As your Educational Studies and Women’s Studies community, we wanted this note to thus simply serve as a reminder of the stories we have yet to tell and to let you know that we hope that your counter-narratives can find some sanctuary in our classes, in our offices, in our hallways, and beyond because we are indeed all part of one another.

With you,
Your professors in Educations Studies and Women's Studies

To the Colgate community,

We are at a very difficult crossroads: we witness the chasms that seem to divide us as people in the United States and across the globe. As we have seen over the past year, these distances and differences often take clearest form in our political contests: in the impasse that marks so many conversations on critical issues and in our individual and communal allegiances to the ideologies that guide — and divide — us.

This historical moment is a time of great social unrest, but also of great social change, and our college on a hill is not separate from either this unrest or this change. We bring hope and commitment to do the difficult work that will lead not to an erasure of our differences but rather to a deeper understanding of those differences and greater solidarity, inclusivity, and commitment to each other. We believe that this is a commitment we all must embrace as we work toward a just world.

We are continually inspired by our students, who have called us to live up to our mission to be a just, equitable, and inclusive community. The 2014 sit-in was one of the first of an ongoing wave of calls for racial justice, inclusion, and equity on campuses across the nation. Additional student protests and grassroots activism, particularly around the issue of sexual assault, have continued to bring us steps closer to becoming the Colgate we aspire to be. We honor our students and thank them for the risks they have taken to engage our campus in difficult conversations as we work toward change. We appreciate our administration's responsiveness to this activism, particularly as we have watched administrations on other campuses refuse to engage similar calls for change. We see how deeply our community has worked —through many academic departments and programs, in our many committees and centers, through our curriculum, and in the rich offerings of residential and campus programming and support services — to examine and resist the hierarchies that devalue, dehumanize, and divide.

Our lives are deeply interconnected: the oppressions we face are interlocking, systemic, and deeply historical. We see and face our own complicity — both personal and institutional — in these systems; it is a complicity that is an inextricable part of our beloved institution. We stand with explicit resistance and critique of white supremacy, patriarchy, classism, and all systems of oppression. We stand with activists across the nation, those representing Black Lives Matter, Dakota Pipeline, queer and trans rights, reproductive justice, and activists working against anti-Muslim violence, sexual violence, and for the rights of undocumented people.

We write to you, now, publicly, to commit ourselves to the work we have yet to do, not only in engaging in difficult conversations more overtly as a community, but also in working toward actual sustained structural change in our own institution and beyond. We embrace this challenge and opportunity to grow as a community and to build solidarity across our many differences.

We call ourselves and our community to do this work ever more publicly, collectively, and overtly in our curriculum and programming, bringing all of us into conversation with each other and continuing the work of building a campus community to which we most aspire.

In hope and solidarity,
The Women's Studies Advisory Board

We in Women’s Studies are troubled by the culture of sexual violence on campus. We have been deeply moved by survivors’ testimonies over the course of last week, accounts we have heard repeated for too many years. We affirm that many of our students are hurting. We are present with you; we are listening. We support your activism.

As faculty and staff who have long been engaged in the struggle, we reaffirm our commitment to creating a campus culture that does not tolerate sexual assault, harassment, or bias, and that supports survivors of these incidents in their healing process and actively works to prevent and end sexual violence.

While many of us have worked for improvements in violence prevention and equity policy, we know this is not enough, because sexual violence continues to be a major problem on this campus.

We want to continue to create spaces of solidarity and cultural awareness in order to shift cultures of silence and violence.

We believe that ongoing dialogue and action is crucial.

In the following ways we will continue to work towards justice on campus:
We will encourage dialogue among student survivors and allies by facilitating a weekly reading group that supports survivor’s healing processes.

We will encourage critical dialogue among faculty on the topic of sexual violence through offering teaching resources and teach-in opportunities.
We will raise awareness about historical dimensions of activism to end sexual violence at Colgate, by creating social movement timelines and materials that are easily accessible to the campus.

We will work to build campus understandings of the intersectional dimensions of sexual power and violence and the ways that gender-based, class-based, racial, sexual, etc. hierarchies have long been maintained through social and political systems.

With dialogue and collective action we can do better to prevent sexual violence and support survivors. We are all in this together. 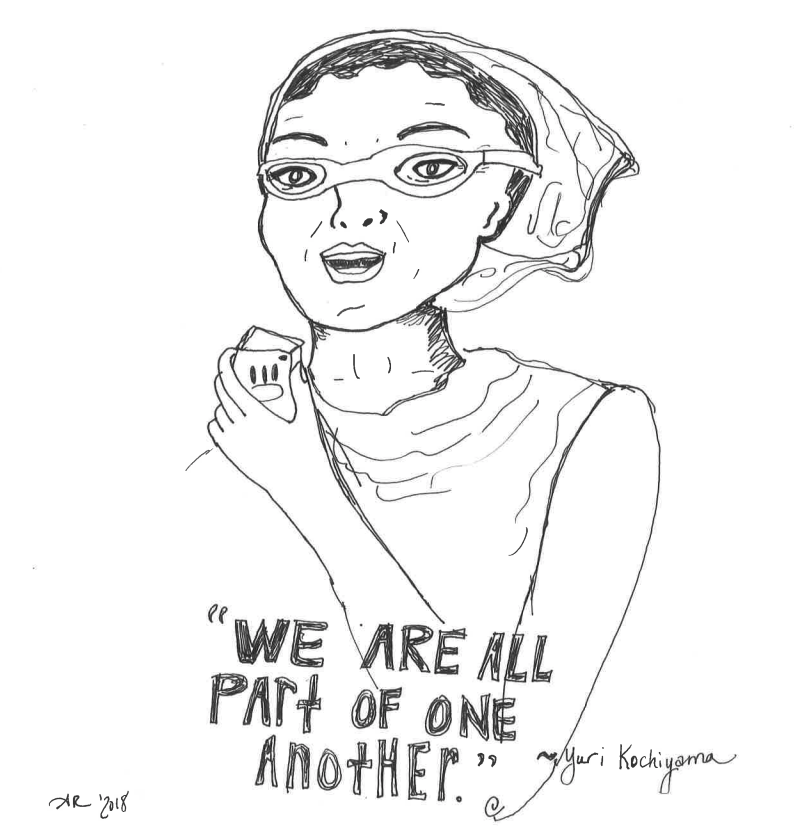