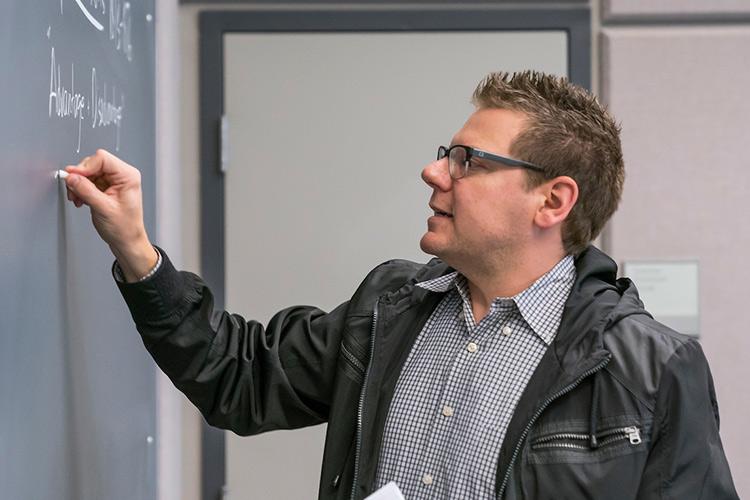 On New Year’s Day 2003, Assistant Professor of Theater Christian DuComb saw his first Mummers’ Parade. Garish costumes and raucous noise drew him to the window of his Philadelphia apartment, where he was captivated by a living history of American performance styles that he believed extinct.

The Mummer’s Parade has existed in some form since before American independence. Following its official sanctioning by the city of Philadelphia in 1901, it grew from an unruly general holiday celebration to its current format, in which parade groups compete in a number of performance categories.

The content of these performances has been controversial — early parades saw mummers dress in blackface and embody characters steeped in demeaning racial stereotypes. Over the past century, some particularly offensive styles — including blackface — have been banned, usually as a result of activism by African-American mummers. Still, modern performers continue to borrow cues and characters from pre-Civil War minstrel shows, though usually without their most offensive elements.

This rich, fraught history is the subject of DuComb’s new book, Haunted City: Three Centuries of Racial Impersonation in Philadelphia. It attempts to answer some of the questions raised by this singular tradition: how have these forms of performance survived in a public parade for so long when they have died out elsewhere? How have these traditions changed with the times, and what are the debates surrounding them among mummers and parade attendees?

In answering those questions, the book combines historical research with interviews and DuComb’s own experiences as a mummer. This meant taking on a dual role as both participant and researcher, which DuComb said raised a number of ethical questions and challenges.

“I’ve been asked about whether being a member of a mummers group for four years compromised my objectivity about the parade,” DuComb said “This is a reasonable question, but nowhere in the book do I claim to be objective. I love the Mummers Parade, and I’m critical of the parade’s racial history precisely because I want it to remain a vital fixture of Philadelphia’s civic and cultural life, which will only happen if the mummers confront the ugly aspects of their tradition.”

The best way to do that, DuComb said, is to speak honestly about the parade’s roots and open the parade to more diversity.

There have been some efforts in this direction, according to DuComb. The city recently introduced a noncompetitive division aimed at previously underrepresented communities and forms of performance. In recent years, Mexican American, Puerto Rican, and African American groups have taken part.

Progress is slow. However, DuComb hopes to see an increase in diversity and a reversal of the decades-long downturn in participation, and that mummers will always feel free to express themselves.