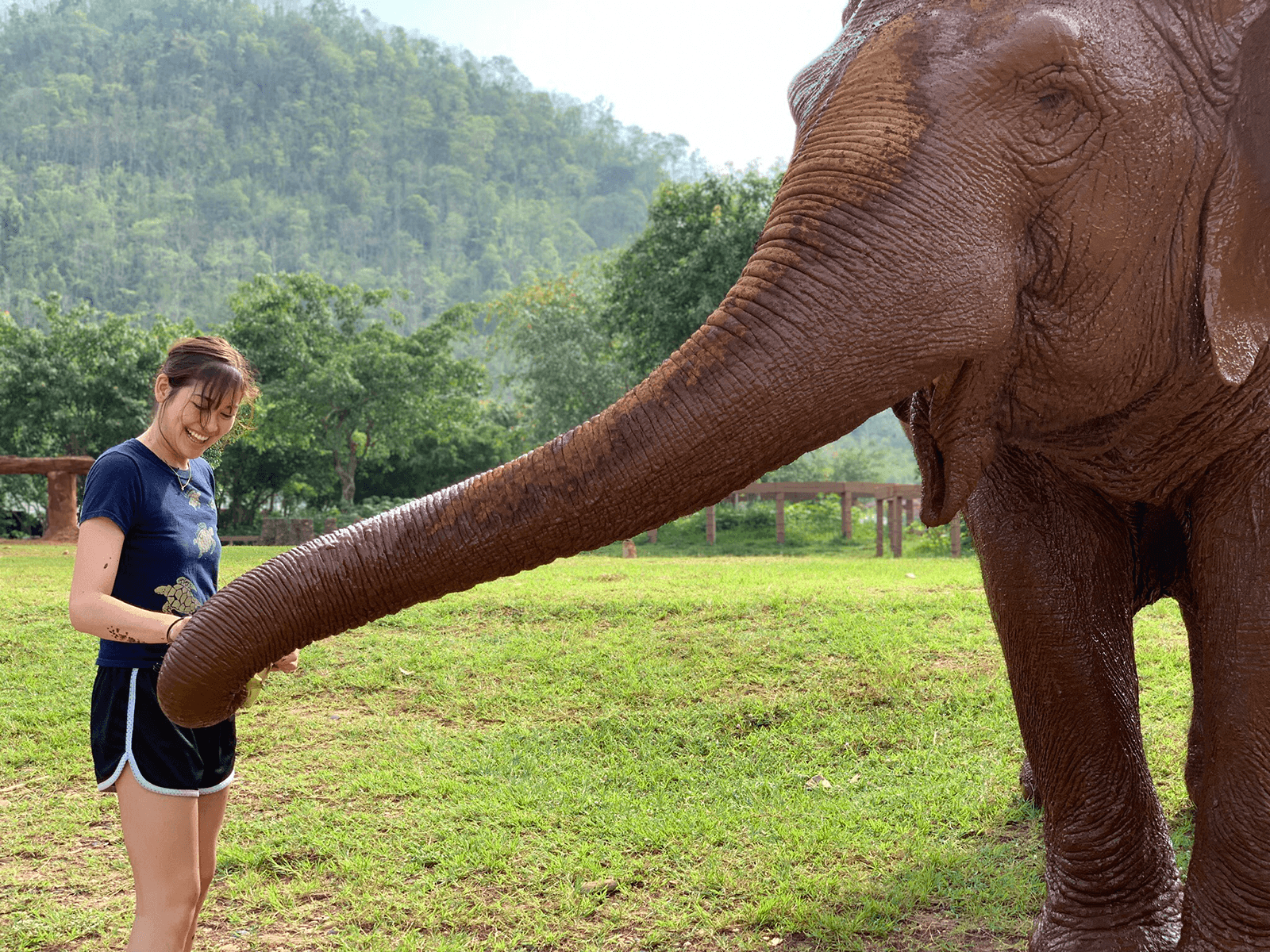 Having barely left the United States before, Audrey Ponder ’22 boarded a plane in San Diego, Calif., this summer and traveled for more than a day to the city of Chiang Mai, Thailand. Ponder abandoned the skyscrapers and beaches of her home for an elephant reserve that felt more like a circus. Surrounded by more than 1,000 dogs, cats, water buffalo, horses, cows, and, of course, injured elephant rescues, she knew she had come to the right place.

Ponder was selected for study-abroad organization LoopAbroad’s Veterinary Service Program, a two-week expedition focused on hands-on veterinary work. While she has always been interested in studying medicine, it was through medicating her elderly dogs at the end of high school that she realized her true interest was in treating animals.

She was eased into the process for the first week, helping to care for elephants while learning about their diagnoses from a horse and elephant vet. The rescued animals largely came from trekking, lodging, and forced-breeding programs, leaving them with chronic injuries.

“A lot of the elephants had injuries from stepping on traps or little bombs [used to scare elephants away], so we would help wash out their wounds and feed them,” Ponder said. “I had no idea elephants have such big personalities.”

The second week of her trip was spent in the city center at a low-cost spay and neuter clinic. In the mornings, she received lectures on common diseases in cats and dogs, the symptoms, and how to treat them. Her afternoons were working under both an American and a Thai vet.

For Ponder, being able to play an active role in helping control a booming rabies epidemic in a country she was coming to love proved meaningful.

“In Thailand and other underdeveloped countries, stray dogs are a huge issue, and rabies is rampant,” she said. “Doing low-cost spay and neuters is important because it helps limit the population.”

Ponder found the hands-on experience the most rewarding part of her trip. She was able to watch and assist in demonstrations of blood draws, vaccinations, subcutaneous fluid drains for cats with chronic liver disease, anesthesia monitoring, catheter placement, and neutering.

“We got to scrub in for surgery and would do the whole sanitation process for ten minutes, scrubbing our hands and sterilely putting on gloves,” she said. “Then I got to make the snip.”

Despite the rigor of the program, Ponder still found time to appreciate Thai culture. Her group of volunteers toured Chiang Mai, went ziplining, and spoke to monks while visiting several temples and famous monasteries.

“I came back from Thailand feeling like I’d lived in a bubble, as the extreme difference between cultures was so eye-opening,” Ponder said. “Ninety-five percent of the population is Buddhist so they are very humble, quiet, and polite. I loved it there.”

Along with this newfound appreciation for Thailand, Ponder’s experience left her yearning for a career in veterinary medicine.

“Being exposed to [hands-on veterinary work] for the first time made me so ambitious,” she said. “I told myself the second I got home, I need to apply to clinics.”

Ponder ended up doing exactly that, spending the remainder of her summer working for a veterinary clinic in her hometown. She hopes to eventually work as a veterinary technician before attending medical school. 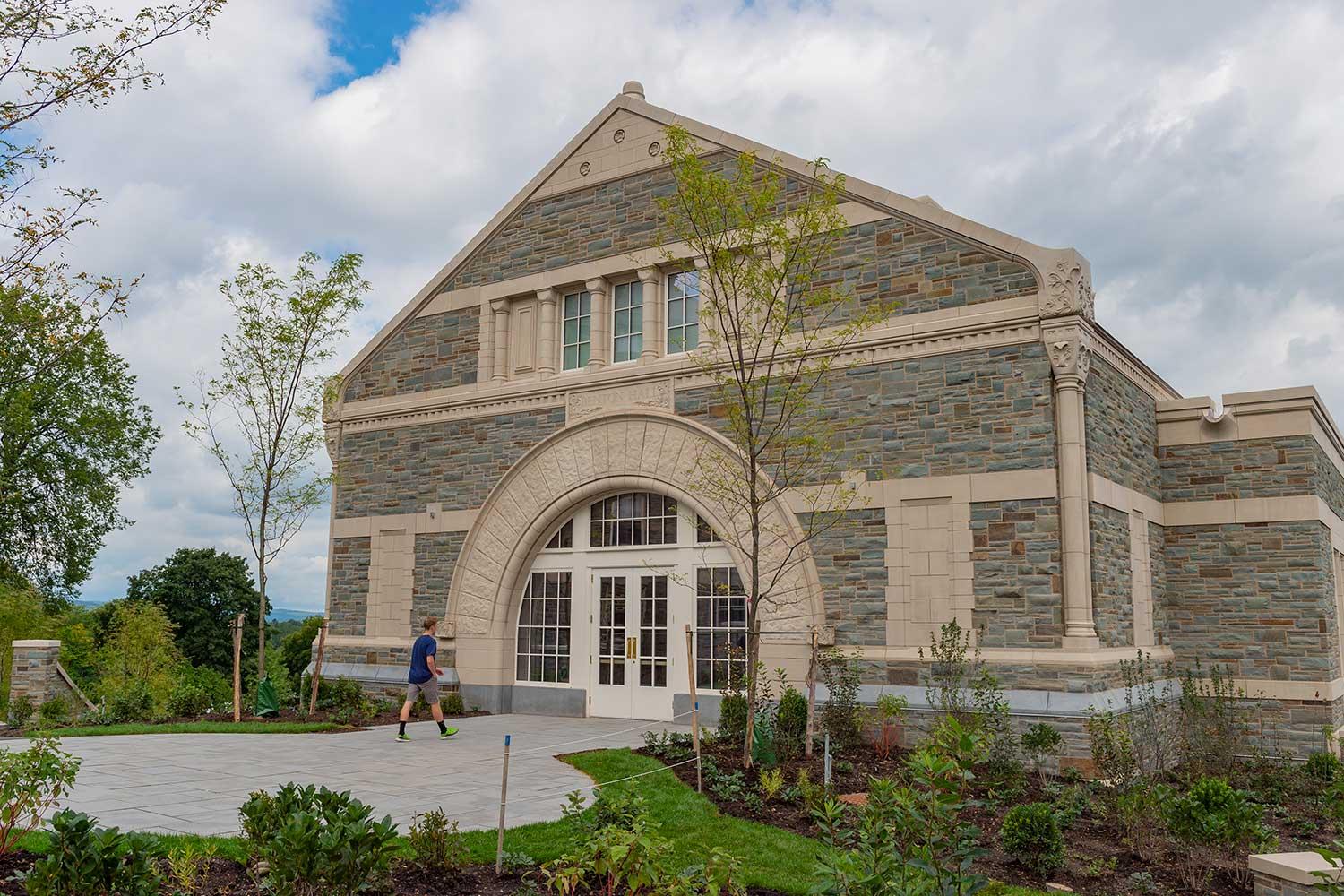 The Power of Imagination
Read More 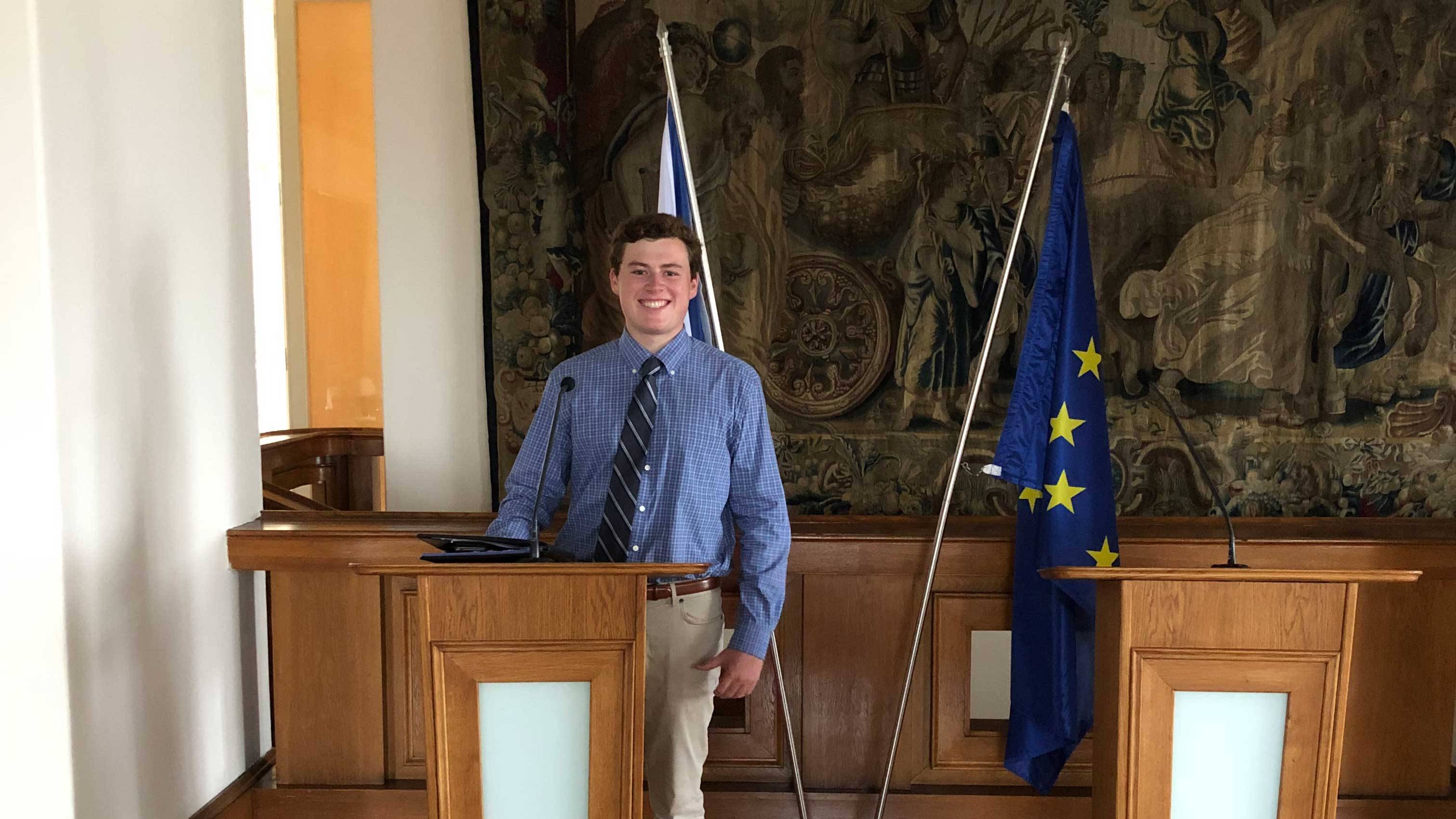