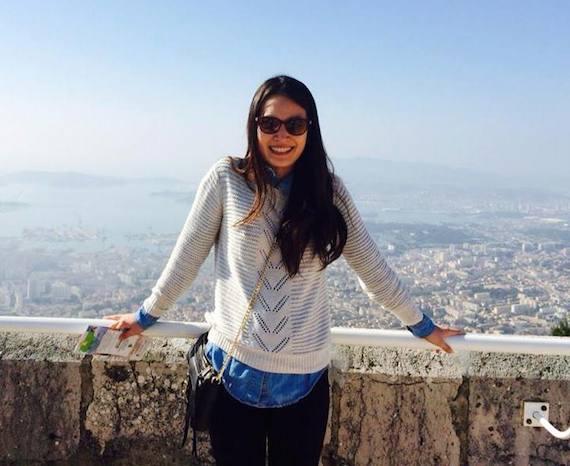 Sohee Ryuk ’15 is one of just 50 students awarded a Thomas J. Watson Fellowship for a year of independent, purposeful exploration and travel outside of the United States on a self-designed topic of their choosing. Ryuk receives $28,000 for the 12-month fellowship beginning in July, 2015.

Including Ryuk, 70 Colgate University nominees have received this prestigious fellowship since it was established in 1968.

There are several distinct communities of Koreans living in these regions as a result of three separate waves of migration since the early 20th century. Sohee plans to immerse herself in these communities, collecting oral histories and conducting interviews in hopes of understanding how these ethnic Koreans define themselves vis-à-vis the Soviet Union and subsequent nation-states, and how they define their identities as Korean.

She plans to travel to Kazakhstan, Russia, Uzbekistan, and Kyrgyzstan.

Sohee is a double major in History and Psychology and is involved in the Korean Cultural Association, club figure skating, and the Russian Club on campus. Reading Anna Karenina in high school gave Sohee inspiration to learn the Russian language, which enables her to carry out her language-intensive Watson project. Last year, Sohee received Colgate’s Lampert Fellowship, through which she conducted original research on Korean memorialization of the Korean War.

The Thomas J. Watson Fellowship Program was established by the children of Thomas J. Watson, Sr., the founder of International Business Machines Corp., and his wife, Jeannette K. Watson, to honor their parents’ longstanding interest in education and world affairs. The Watson Foundation regards its investment in the fellowship as an enhancement of the Fellows’ capacity for resourcefulness, imagination, openness, and leadership, which thus fosters their humane and effective participation in the global community.