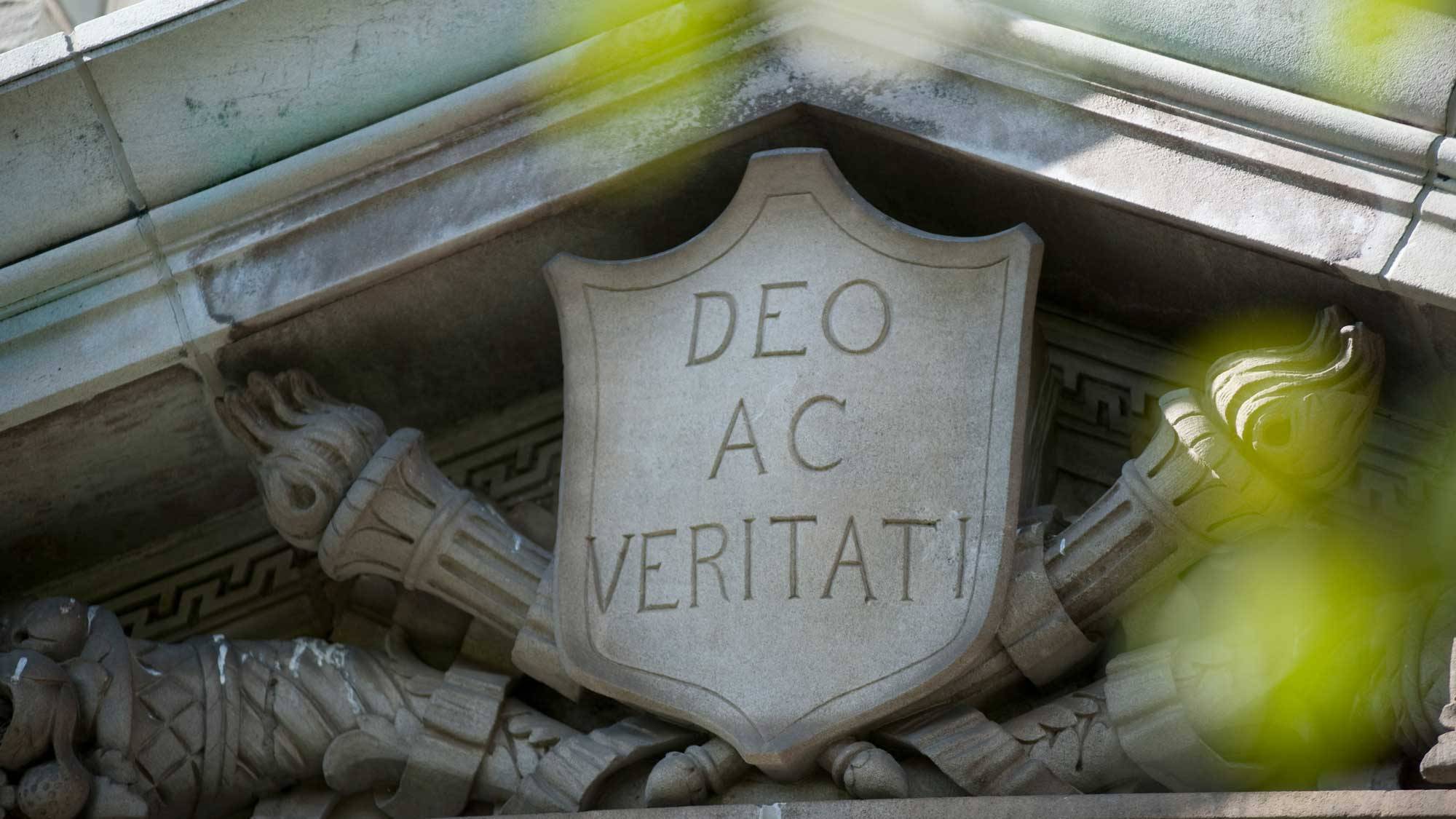 Brown, Ciccone, Dart Colegrove, and Hancock. In the years since Colgate University launched its four Residential Commons, each has developed its own distinctive programming and personality.

With the arrival of Colgate’s third century, new iconography will highlight the leading characteristics of Residential Commons namesakes and link those noble traits, in perpetuity, to the University’s living-learning communities. 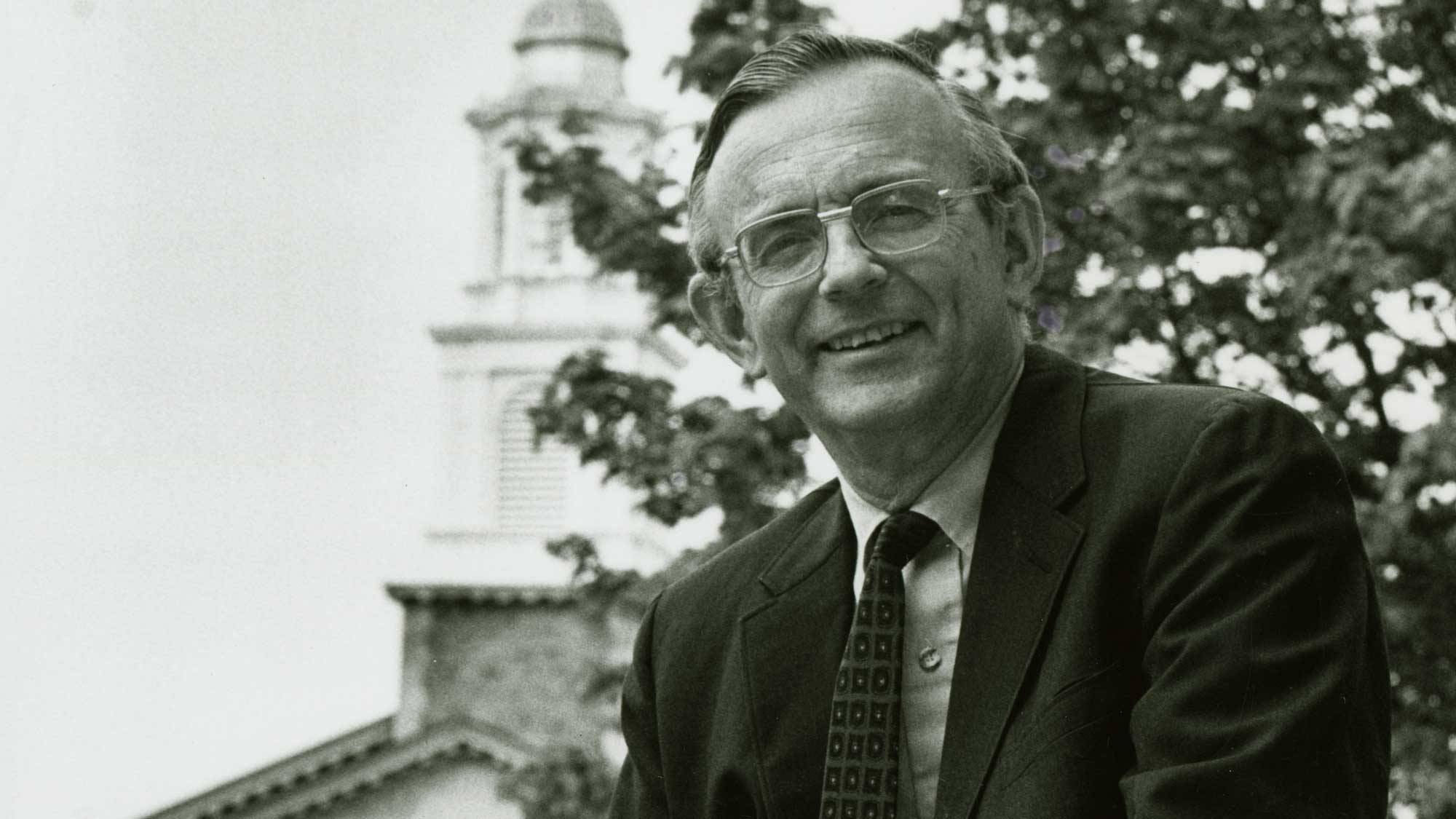 A graduate of Princeton University and Union Theological Seminary, Brown joined the Colgate faculty in 1970 as an instructor of philosophy and religion. He arrived on campus after participating in the civil rights movement and joining clergy protests against the Vietnam War. The winner of multiple teaching awards during his decades at Colgate, he served as university chaplain, dean of students, chair of the diversity committee, and chair of the Department of Philosophy and Religion. 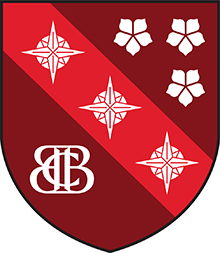 With their heart-like shape, a symbol of love and modesty, common blue violets signify both Coleman Brown’s home state of Illinois and his personal sensibilities. Compasses, symbols of his moral guidance and teaching philosophy, sit across the center of the crest, which is anchored by his monogram, built around the formation of an “I” for his wife, Irene. 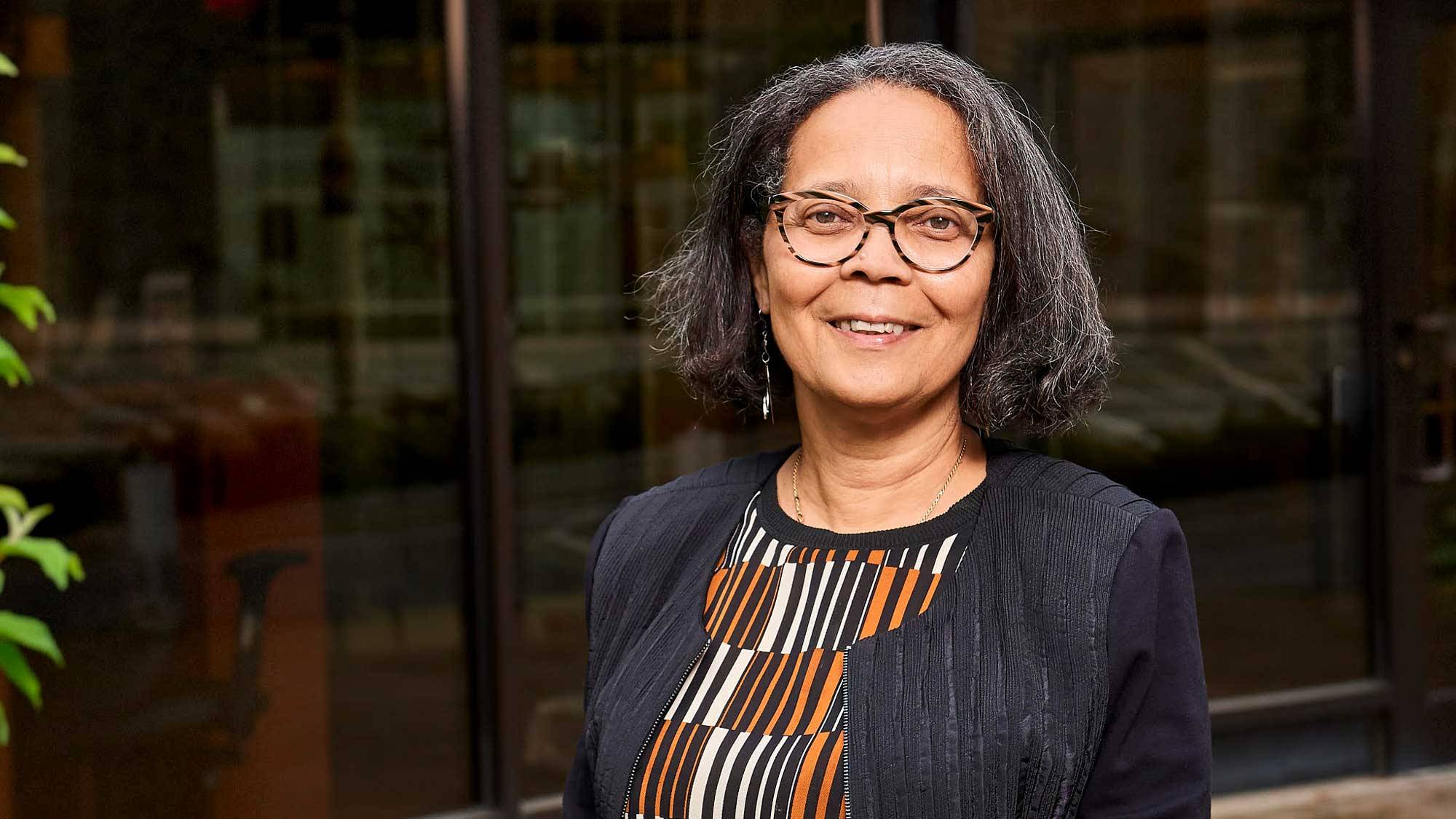 One of the first 132 women to enroll at Colgate, Ciccone went on to become a founding member of the Alumni of Color organization. She was a member of the Alumni Council and the Board of Trustees, volunteering on behalf of the University and serving as a mentor for students even as she built a career in law and journalism. In recognition of her dedication, she received the Maroon Citation and the Wm. Brian Little ’64 Award for Distinguished Service. 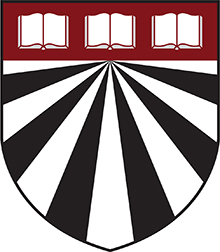 Vivid, bold beams of light cut through darkness, creating 13 rays that suggest Diane Ciccone’s revealing and enlightening work, both as an author and attorney. A series of open books, spanning the top of the crest, represents her personal history, academic journey, and shared wisdom. 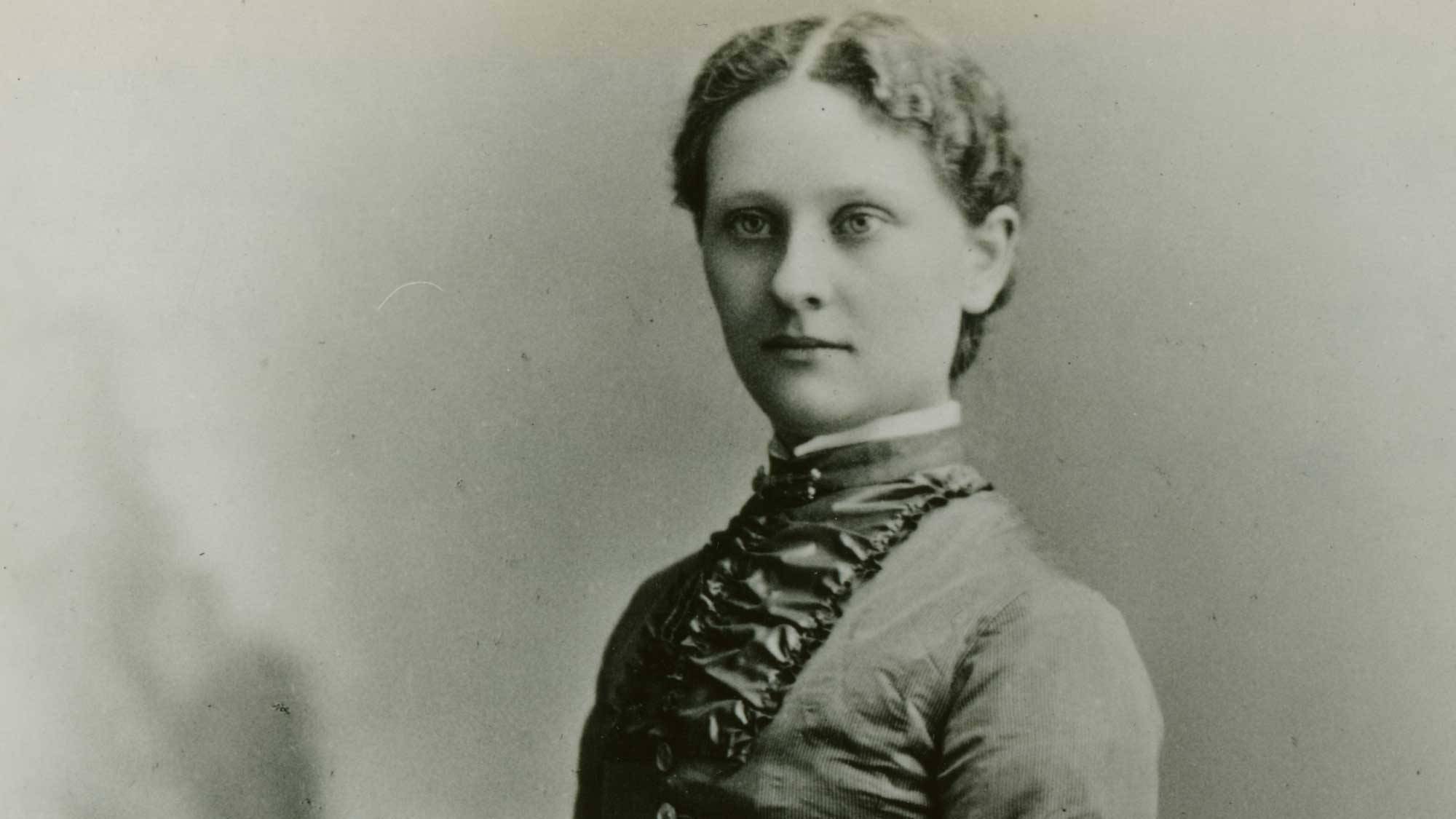 Mabel Dart, daughter of local orchardists who ran Colgate’s boarding hall, passed a “long and searching” entrance exam to join the otherwise male ranks of students learning on the hill. Strong in languages, she spent seven semesters at Colgate but was forced to transfer to Vassar to receive a degree for her work. After graduation, she became a librarian and teacher. In June of 1947, seven years prior to her death, Colgate officially recognized her as its first alumna. 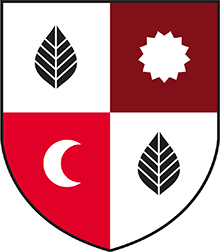 Leaves in the upper left and bottom right quadrants of the crest symbolize Mabel Dart Colegrove’s growth from farmer’s daughter to scholar, teacher, and librarian. The sun and moon represent day and night — guiding lights that endure, like the strength and perseverance she showed in overcoming adversity. 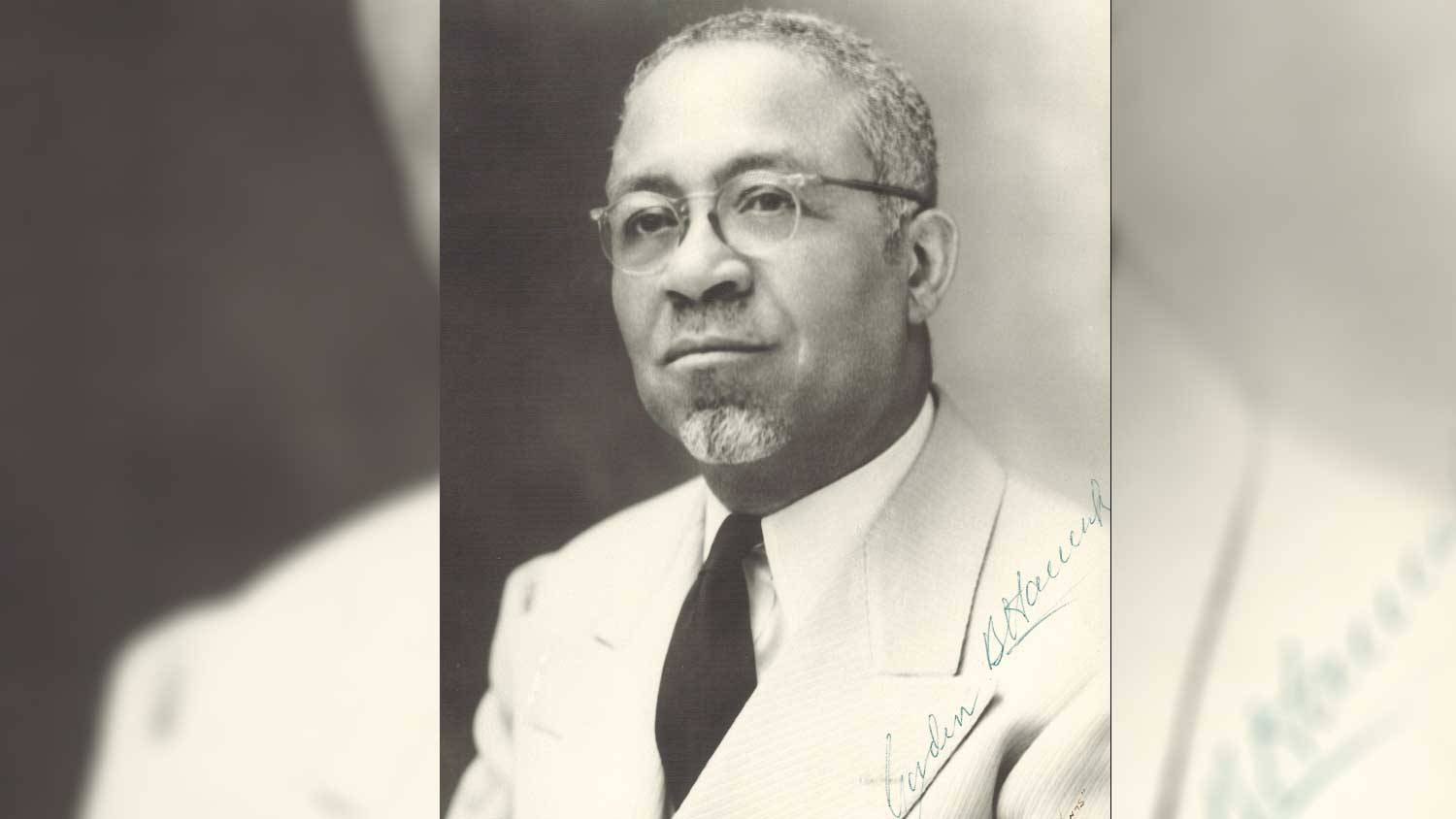 Hancock earned a bachelor’s degree at Colgate in 1919 and a divinity degree from the Colgate seminary in 1920. Already an ordained minister with bachelor’s degrees from Benedict College, he went on to receive a master’s in sociology from Harvard. As a sociology professor at Virginia Union University, he taught the first academic course on race relations in 1922, organized VUU’s school of race relations in 1931, and pastored the Moore Street Baptist Church in Richmond. He was a leading spokesman for African American equality, authoring a widely syndicated newspaper column and co-founding the Southern Regional Council. Colgate awarded Hancock an honorary doctorate in 1969. 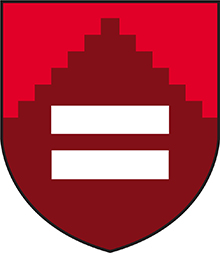 Large parallel bars, centered in the crest, symbolize Gordon Blaine Hancock’s lifelong commitment to equality and civil rights. Steps that ascend to the top of the crest represent his unrelenting climb to educate himself and to improve humanity.

Read more about the spirit behind the Residential Commons in Colgate Magazine, and visit colgate.edu/commons for details on the program.