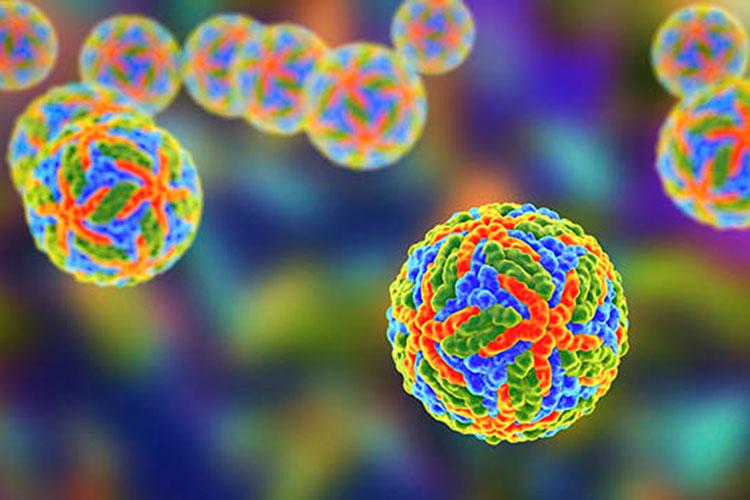 When confronted with government warnings and media headlines about a new global health threat, it’s best to speak directly to those in the know. Before heading home for Thanksgiving break, students and faculty had the chance to discuss the Zika virus outbreak with biology professors Geoff Holm and Bineyam Taye.

During the November 14 conference, sponsored by the Shaw Wellness Center and Global Health Initiative, Holm drew on his experience as a virologist to describe Zika’s structure and behavior.

“Zika is a plus-strand RNA virus, which means it has one strand of RNA that functions as its genome.” Holm said.

In this way, the pathogen — which is often spread by animals and insects — resembles Yellow Fever virus, Dengue Fever, and West Nile. In behavior, Zika is similar to a Xerox, relying on its unwitting host to help it replicate and export itself to other cells.

“Understanding these replication mechanisms is the purview of basic virology,” said Holm. “We try to identify targets for therapeutic intervention so that we can potentially stop the virus from replicating within the host cell.”

Zika has garnered widespread attention in recent years due to a rare syndrome response called Microcephaly, which is a birth defect that Holm defined as decreased head volume and brain size with consequent central nervous system disabilities.

Symptoms of the virus are mild and may include conjunctivitis, joint pain, fever, and rash. These usually clear up within a few days.

Because 90 percent of Zika cases are asymptomatic, men and women may transmit the virus sexually without knowing they’re infected, posing a risk to pregnant women and women who may become pregnant.

Epidemiologist Taye noted that there have been more than 4,000 cases of Zika recorded nationwide as of November 2016, and more than 600 cases in New York City alone.

“To date, the only cases in New York State are in people who acquired the virus while traveling to Zika-affected areas, or through sexual transmission from someone who had traveled to those areas,” Taye said. “However, the possibility of local transmission through mosquitos remains the biggest public health concern.”