Next on 13: Poetry, Prose, and the Pulitzer with Prof. Peter Balakian 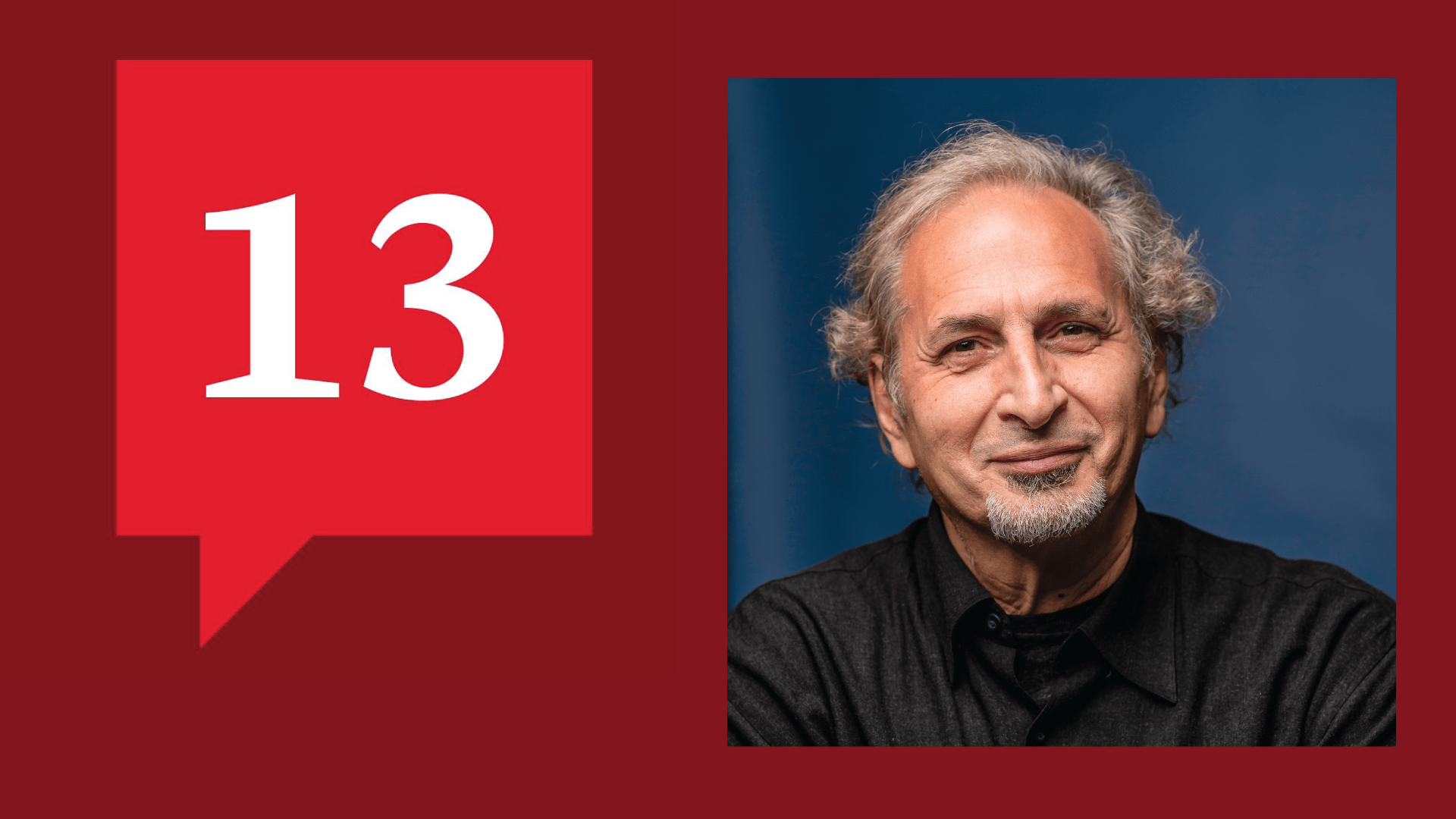 Pulitzer Prize winner Peter Balakian, Donald M. and Constance H. Rebar Professor in humanities and professor of English, shares his thoughts about teaching and writing poetry, discusses his long-time work for Armenian Genocide recognition, and reads from his newest book on the latest episode of 13.

Balakian is the author of eight books of poems, including Ozone Journal, which won the 2016 Pulitzer Prize for poetry. His other collections of poems include Ziggurat (2010) and June-tree: New and Selected Poems, 1974–2000 (2001). His prose books include Vise and Shadow: Selected Essays on Lyric Imagination, Poetry, Art, and Culture (2015) and The Burning Tigris: The Armenian Genocide and America’s Response (HarperCollins, 2004), which won the 2005 Raphael Lemkin Prize and was named a New York Times Notable Book as well as a New York Times and national best seller. His memoir, Black Dog of Fate, won the 1998 PEN/Martha Albrand Prize for the Art of the Memoir and was named a Best Book of the Year by the New York Times, the LA Times, and Publisher’s Weekly. He is also a co-translator of Grigoris Balakian’s Armenian Golgotha: A Memoir of the Armenian Genocide 1915–1918 (Knopf, 2009), which was a Washington Post Book of the Year.

Balakian is a long-time advocate for recognition of the Armenian Genocide of World War I, in which the then Ottoman Empire murdered approximately one million ethnic Armenians. To this day, the Turkish government denies responsibility for the extermination and removal of the entire Armenian population of Turkey. Yet, the events have now been recognized as genocide by 31 countries — including the United States, in 2021.

Balakian is the recipient of many awards, prizes, and civic citations, including a Presidential Medal and the Moves Khoranatsi Medal from the Republic of Armenia, a Guggenheim Fellowship, a National Endowment for the Arts Fellowship, the Emily Clark Balch Prize for poetry from the Virginia Quarterly Review, the Spendlove Prize for Social Justice, Tolerance and Diplomacy, and Anahid Literary Prize. He has appeared widely on national television and radio including PBS News Hour, 60 Minutes, ABC World News Tonight, PBS, CNN, C-SPAN, NPR, Fresh Air.

Balakian earned a bachelor of arts from Bucknell University, his master’s from New York University, and his PhD from Brown University.