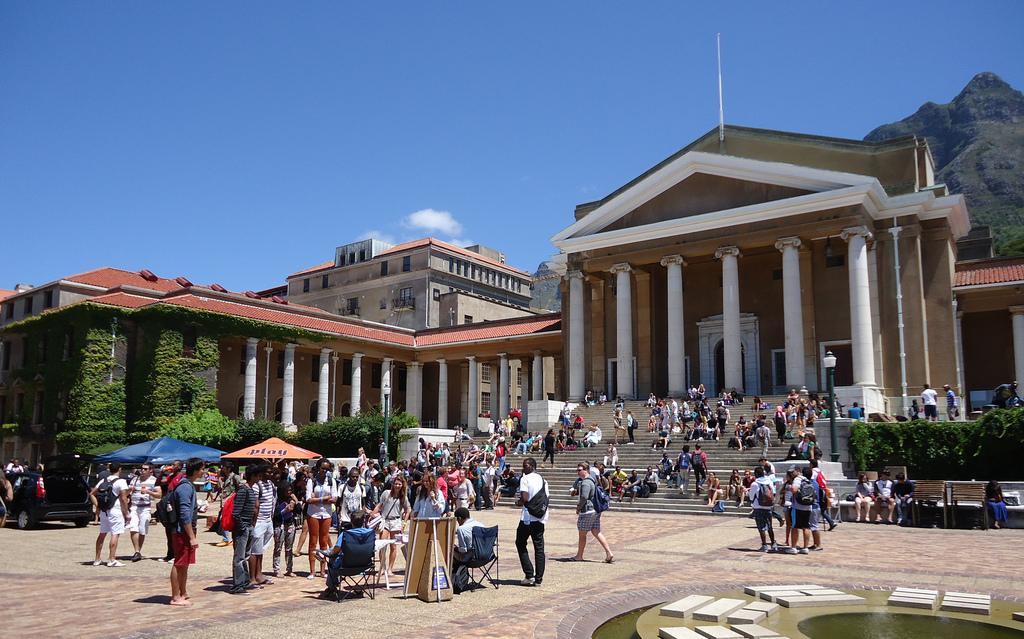 Colgate’s newest faculty-led, semester-long study group will immerse students in the social, cultural, and political environment of post-Apartheid Cape Town, South Africa in the fall of 2018.

The group was created to capitalize on the wealth of faculty expertise pertaining to South African history and culture, and it was developed with assistance from the Lampert Institute for Civic and Global Affairs. Designed for students to engage in a critical exploration of the democratic transitions, race politics, and economic liberalization, the South Africa study group is purposely based in a world-class city that continues to struggle with the legacy of Apartheid.

Students in the Cape Town group will take one class with Susan Thomson, associate professor of peace and conflict studies and director of women’s studies, one class taught by a local South African scholar, and two classes at the University of Cape Town (UCT) as part of new long-term agreement between Colgate and UCT, similar to the university’s engagement with the University of Singapore announced in 2016.

Because the group is part of the Division of University Studies, the experience and focus will shift each year depending on the academic interests of the professor directing the group.

UCT Professor Tammy Vanessa Wilks said students in her course, Representations of Africa, will introduce methods and content to encourage students to build an interdisciplinary skillset required for the Africana and Latin American Studies major or minor.

“Each week the classroom is further extended to new learning spaces, including the university space itself with its colonial history, the city centre and its slave histories, social media platforms where the past and present coalesce, and engagement with African scholars and students on the campus,” Wilks said.

Taylor Dumas ’20, one of the students slated to join the group, said she decided to spend her study abroad experience in Cape Town after taking an influential Core South Africa class taught by Ryan Solomon, assistant professor of writing and rhetoric.

“I learned about the rich, yet conflict-ridden history of the country, and knew that I would one day have to experience South Africa first-hand in order to gain a more contemporary understanding of the ‘rainbow nation.’ This study abroad experience will provide the perfect opportunity to do so,” Dumas said.