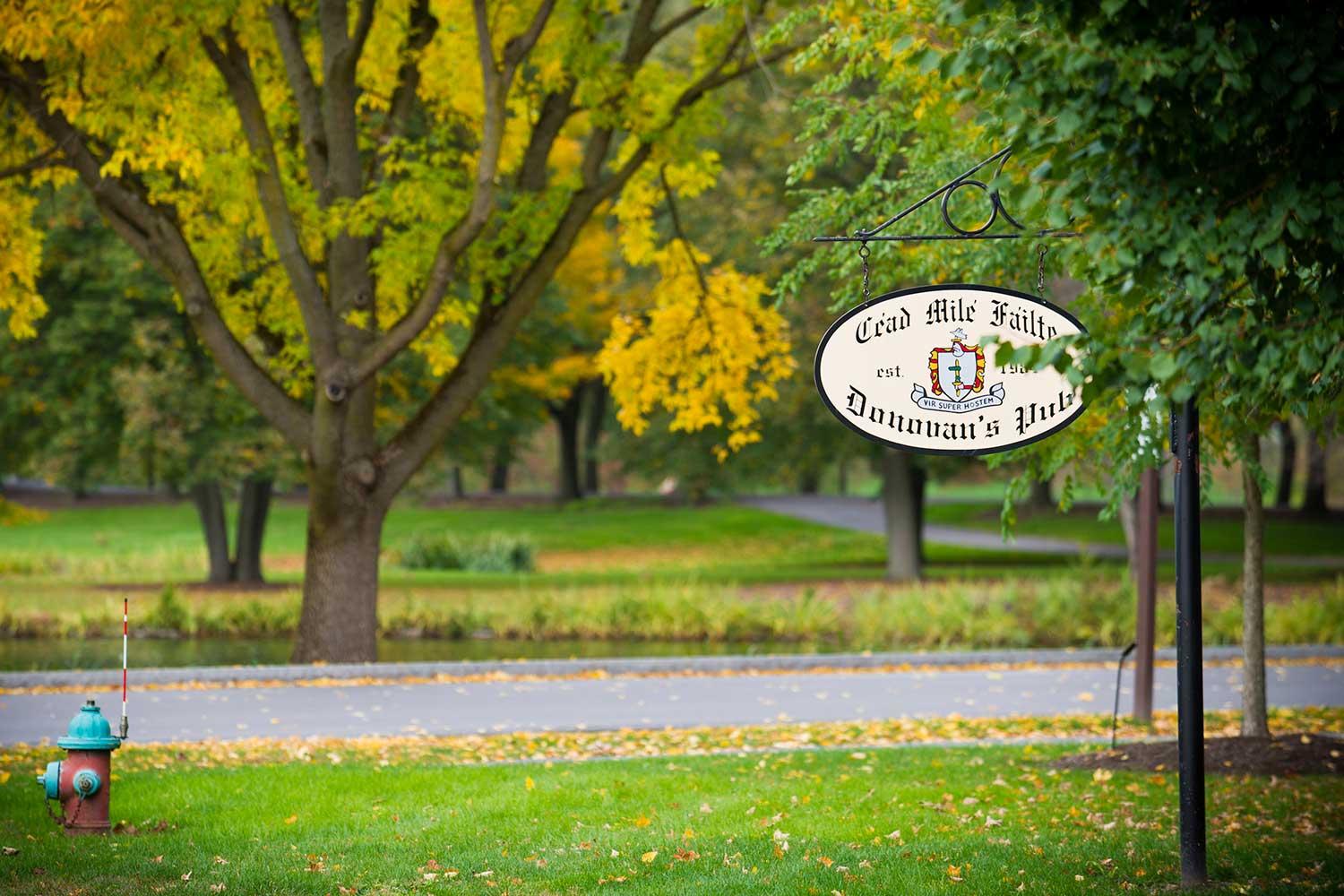 Micah Dirkers ’19 is a double major – Psychology and Media and Communications – and a mozzarella stick aficionado. He’s also the latest president of the Midnight Philosophy Club, a long-running student organization that meets every Saturday from 10:00 p.m. to midnight in Donovan’s Pub.

“We used to start at midnight,” Dirkers said during a meeting on the Theory of Everything – the idea that there’s a unified theory to all philosophical issues. “But nobody showed up because it was so late.”

That’s not a problem anymore. This year has seen some of Midnight Philosophy’s largest and liveliest attendance. The club has grown so large under Dirkers’s presidency that they frequently have to rearrange the five-sofa corner of Donovan’s to fit more chairs. People filter in and out over the course of the club’s hours-long debates, but the population is rarely smaller than a full-sized class of loosely-organized students.

While there’s no formal authority in the room as students ask difficult questions on political theory and philosophy of race, the room is calm, respectful, and serious, even when people are passionately disagreeing. Students challenge each other’s entire worldview during the few hours of the club, and there’s rarely ever a note of condescension or superiority in their voices when they do.

Meetings are a space for lively debate. Han Sirota ’19, a long-time member of the club, said, “I stay for the fascinating conversation, especially from those who aren’t grounded in the western philosophical tradition. MidPhil resembles the old-school literary societies once prominent in American colleges.”

“Experiment with putting yourself out there, into the deep waters of discussion,” Dirkers said during a recent meeting. “Engage mentally, engage emotionally, engage physiologically. Listen carefully, consider the implications, connect the dots, reflect on what it means, look at it from different perspectives. That’s why our club exists, to learn from other people and to broaden your awareness.”