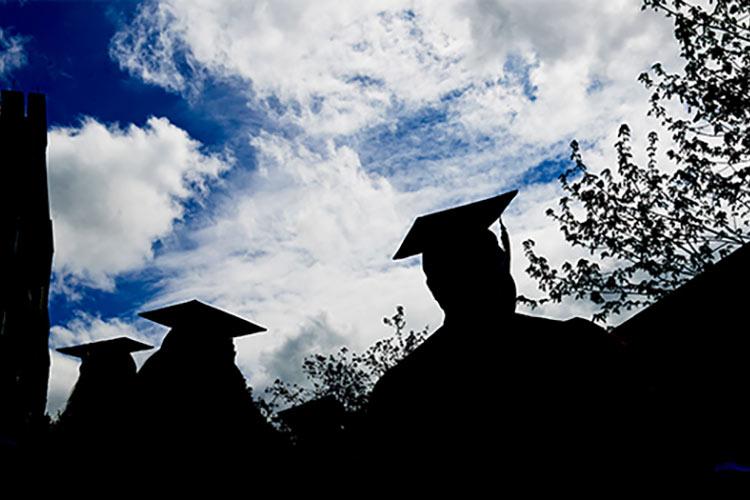 Manfred took over as MLB commissioner in January 2015 after serving as the organization’s executive vice president for labor relations and human resources (1998–2012) and chief operating officer (2012–2015). Throughout his tenure, Manfred has directed all aspects of collective bargaining with the Major League Baseball Players Association. He has sustained more than two consecutive decades of peace between players and management, negotiating the first pact in more than 30 years to be completed without a labor stoppage.

A graduate of LeMoyne College and the School of Industrial and Labor Relations at Cornell University, Manfred earned his JD at Harvard Law School. He is a member of the Massachusetts and Washington, D.C., Bar Associations; the labor section of the American Bar Association; and the College of Labor and Employment Lawyers. Manfred is the father of Mary Clare Manfred ’16.

The 2016 Baccalaureate speaker will be Omid Safi, professor of Middle Eastern studies and director of the Islamic Studies Center at Duke University. Safi is a former associate professor of philosophy and religion at Colgate and a former director of the university’s Middle Eastern and Islamic Civilizations Studies Program. Nominee and winner of numerous awards for teaching and mentorship, Safi is also a widely published author and editor whose works include Voices of Islam: Voices of Change and Memories of Muhammad. He frequently appears in the media, offering commentary and perspectives on Islam in the New York Times and Washington Post as well as on NPR, NBC, CNN, and other networks.

Safi and Manfred will receive honorary doctorate degrees during the ceremony, as will:

Mahzarin Rustum Banaji, Richard Clarke Cabot Professor of social ethics at Harvard University. Banaji is an award-winning teacher, researcher, editor, and former director of undergraduate studies at Yale University. With colleagues, she maintains the website Project Implicit, which encourages awareness about unconscious bias — a cornerstone of the research that has earned her numerous accolades, including a presidential citation from the American Psychological Association.

Nancy F. Cott, Jonathan Trumbull Professor of American history at Harvard University. A scholar of 19th- and 20th-century American political culture and law, gender questions, social movements, and citizenship, Cott is the author of Public Vows, a history of the public institution of marriage in America. She testified as an expert witness in the case against California’s Proposition 8 and has co-written amici briefs filed in both state and federal court cases challenging same-sex marriage bans.

Denis Cronin ’69, P’09’10, Colgate University Trustee Emeritus and former board chair. Cronin is a retired senior partner in the law firm of Vinson & Elkins LLC and a former longtime partner at the law firm of Wachtell, Lipton, Rosen, and Katz. A member of the James B. Colgate Society, he has received both the Maroon Citation and the Wm. Brian Little ’64 Award for Distinguished Service. In addition to his 14 years on the Board of Trustees, Cronin has served on three presidential search committees, the Alumni Council, and the Parents’ Steering Committee.

Dorothy “Dot” Willsey, cofounder of two historical museums in Central New York: the Gerrit Smith Estate and the National Abolition Hall of Fame, of which she is outgoing president. Through her efforts — and working in partnership with Colgate’s own Upstate Institute as well as other funding organizations — Willsey has taught local residents and visitors alike about the Civil War, the abolitionist movement, women’s rights, environmental conservation, and more.