Life After Death: 200 Years of Natural History at Colgate 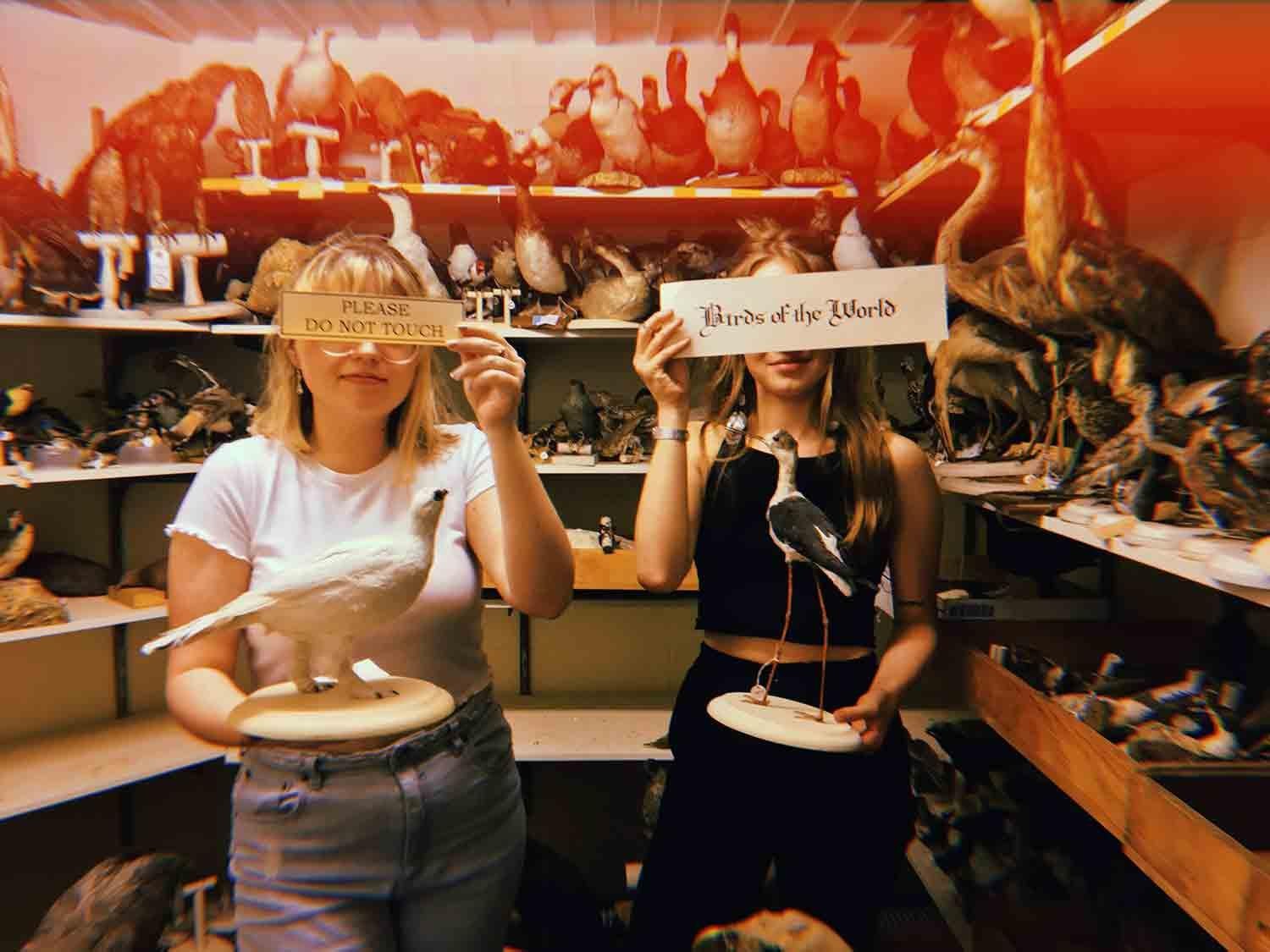 Colgate is home to a vast collection of natural history specimens. These specimens have been used extensively in teaching throughout the last 150 years, beginning in 1868 with their arrival in the luggage of Albert Bickmore, former professor of zoology and geology.

Bickmore, who later founded the American Museum of Natural History in New York City, brought with him a large collection of stuffed birds, which he collected and preserved throughout several years in the East Indies and Asia.

This important connection to one of the world’s preeminent natural history museums gave rise to two very different exhibitions on view in celebration of Colgate’s Bicentennial: The Beauty of Sculpted Minerals, located in the Ho Science Center’s Robert M. Linsley Geology Museum (see related story), and Life After Death: 200 Years of Natural History at Colgate, an interdisciplinary exhibit housed in the glass display cases in Olin Hall.

Throughout the years, Olin’s display cases have been home to a number of different objects, animals, and plants, ranging from tropical ferns to living animals.

“There was once a python,” said Eddie Watkins, associate professor of biology. “It got out and was missing for a few days, and that was the end of living animals in the cases.”

Watkins applied for a Bicentennial Grant and turned to professors Elizabeth Marlowe (art and art history) and Tim McCay (biology) for assistance in fleshing out Life after Death. Julia Marchetti ’18 and Erin Burke ’18, developed the vision for the redesigned cases.

The students spent last summer combing through Colgate’s natural history collection, designing the exhibits, and researching the objects and their unique histories. McCay served as a scientific advisor to the students. “The display cases are just the tip of the iceberg,” he said. “Altogether, we have almost 34,000 skulls, mammal skins, eggs, seeds, mosses, lichens, lizards, pressed plants, stuffed birds, and other specimens.”

Marchetti and Burke were interested in answering four major questions.

There are seven themed cases lining the hallway. Four cases explore the collections’ histories with focus on the individual collectors and their contributions to their respective fields.

One case details different methods of specimen preservation. The birds were preserved with arsenic  in the second half of the 19th century and must be handled with gloves, and many of the reptiles were submerged in formaldehyde.

Three cases delve into the use of specimens in teaching at Colgate. In the interdisciplinary case, art students use the preserved animals for sketching, and Bickmore’s birds were used in a photo shoot for a poster promoting a student’s theater project.

Watkins likes this case the best, “It shows the emergent value of these collections when put into the hands of students at a liberal arts institution like Colgate,” he said.

In the last case, Marchetti and Burke ponder the future of Colgate’s natural history collection and how these objects could be used for research into the death of coral reefs and widespread insect decline. “This exhibit has helped me to think about the way we frame what is valuable and what should be preserved,” said Marchetti. “I see this collection as the perfect opportunity for a truly interdisciplinary teaching and working museum.”

The exhibit is on permanent display and serves as an ongoing testament to the tradition of interdisciplinary learning at Colgate. The remainder of the collection is housed around the corner in Olin Hall’s Natural History Museum of the Chenango Valley and is available to faculty, students, and visitors.