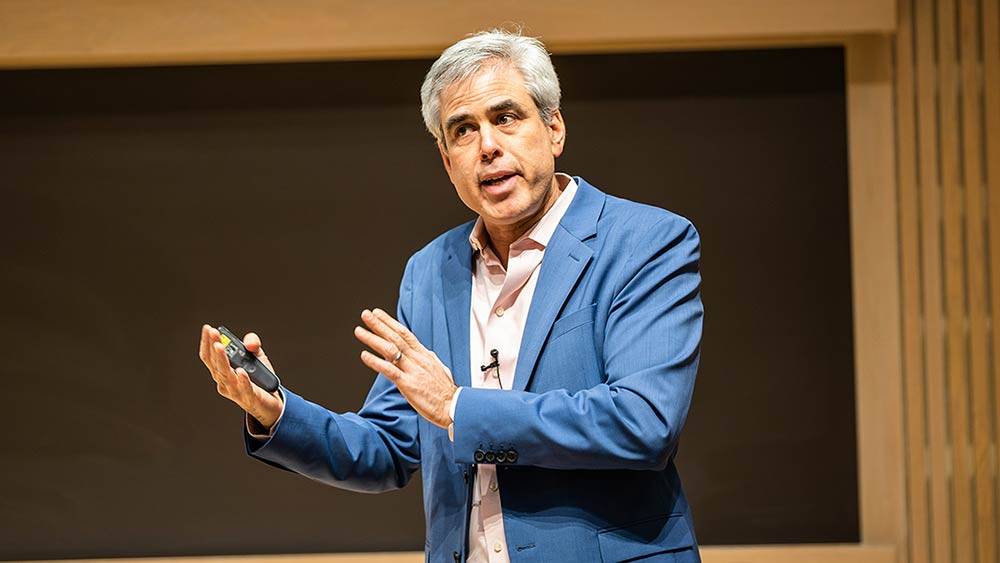 Editor’s note: This story was written by Robert Kraynak, professor of political science and director of the Center For Freedom and Western Civilization.

Are young people today being harmed by well-intentioned parents and teachers who are trying to protect them from adversity and difficult ideas?

Jonathan Haidt, author of The Coddling of the American Mind and professor of business ethics at New York University’s Stern School of Business, came to Colgate on March 7 and gave some provocative answers to this question.

Speaking in the informal style of a TED Talk and using statistics from moral psychology and the wisdom of ancient philosophers, Haidt spoke passionately about the experiences of Generation Z — children born after 1995, who are now in college. He warned the audience that young people, like all living organisms, can be harmed by sheltering them from adversity, risk, and danger and by treating them as if they were too fragile to handle the stresses of life.

Haidt organized his engaging talk around “three great untruths” or bad ideas that are being taught to Generation Z:

Using countless stories and illustrations from current statistics about mental health issues, Haidt provoked the audience to think, laugh, and cringe about the current state of education. Some students questioned whether he was being too pessimistic about their generation, but his tough love message of anti-fragility was bracing for many people to hear. He closed with some advice from ancient wisdom about avoiding tribalism and resisting the division of people into good and evil, along with an invitation to join his Heterodox Academy and Open Mind Platform.

Haidt’s visit was sponsored by the Center for Freedom and Western Civilization and the Forum on Constitutional Government.