Jessica Hall ’14 awarded a Fulbright for teaching in South Korea 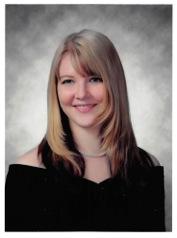 Hall, a double major in English literature and anthropology, has had a strong interest in South Korean music and theater since high school. Her senior thesis in anthropology focused on Korean popular music and the fan communities that have developed around it. “I am fortunate to have so many opportunities to learn and grow that it is difficult to define how I will be impacted by living abroad this year,” Hall said. “I have received so much from my teachers over the years that if I could be half as influential as a mentor and role model to my students this year, I would be satisfied with the experience.”

Hall was choreographer for Colgate’s Korean Student Association dance team, in addition to being very active with both the Masque & Triangle student group and Colgate University Theater.

Hall said she believes dance and music transcend cultural and linguistic barriers, and she is excited both to use music in the classroom to engage her students and to immerse herself in Korean culture and participate in a dance class or musical group in her free time.

“Jess’s enthusiasm for Korean culture is contagious, and it has been a great pleasure to work with her through the application process,” said Kim Germain, Colgate’s assistant dean for fellowship advising and a close adviser to all Colgate Fulbright applicants. “I’m absolutely thrilled that Jess gets to spend next year in South Korea, where she will be a superb teacher and representative of the U.S.”

Hall’s future plans include pursuing a doctorate in performance studies and continuing to dance. She is one of of four Colgate seniors awarded a Fulbright grant for the 2014-2015 academic year.

The Fulbright Program is the flagship international educational exchange program sponsored by the U.S. government and is designed to increase mutual understanding between the people of the United States and the people of other countries.

Recipients of Fulbright grants are selected on the basis of academic achievement, as well as demonstrated leadership potential in their fields.