Exploring the Mysteries of Dark Matter 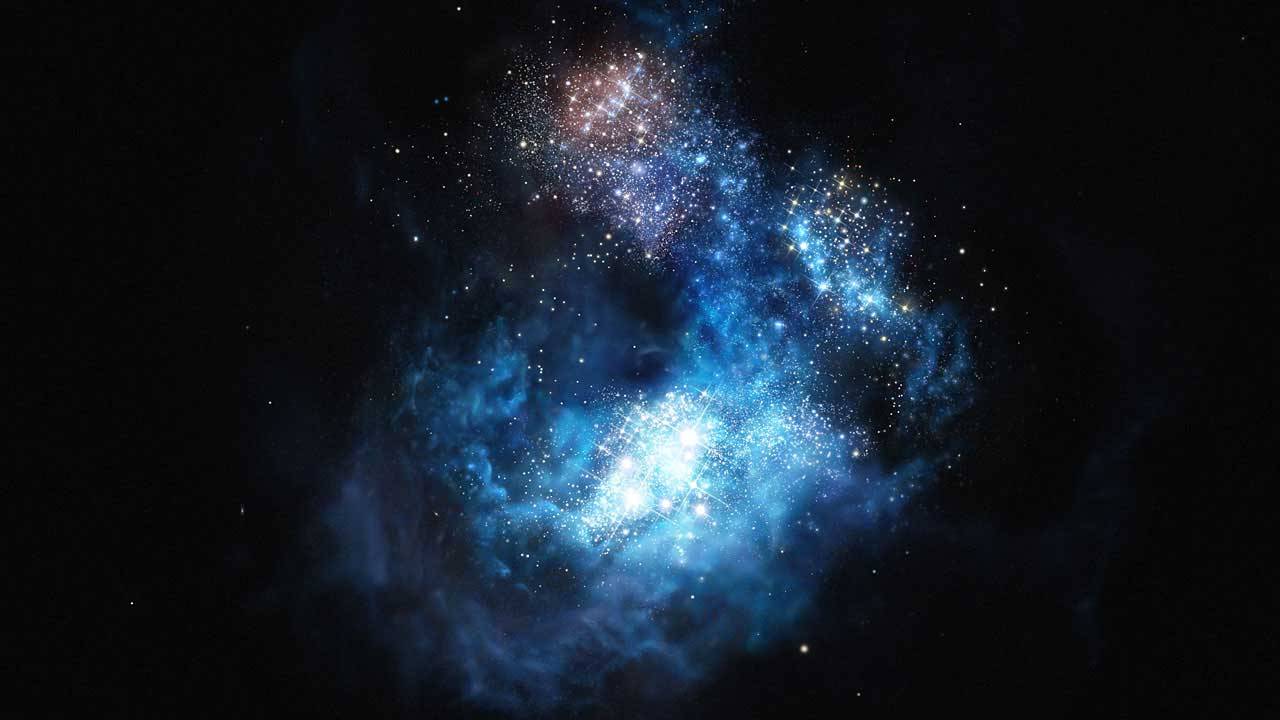 By: Celine Turkyilmaz '21
Department of Physics and Astronomy
Share

More than a fourth of the universe is composed of material that scientists cannot directly observe. Known as dark matter, this material does not emit light or energy. With the help of Colgate student researchers, Cosmin Ilie, senior lecturer in physics and astronomy, studies the effects that dark matter can have on astrophysical objects.

Previous research has shown that, under certain conditions, dark matter may have altered the formation of the first stars in the universe, commonly known as dark stars, leading to a new phase of stellar evolution. Those objects are powered by dark-matter annihilations, and can grow a million times as massive as the sun.

“The question we are addressing is how much dark matter can be trapped, or captured, by Population III stars, and if this additional power source can have observable effects,” Ilie said. “Saiyang [Zhang ’19] and I have shown, in a paper published in 2019 in the Journal for Cosmology and Astroparticle Physics, that captured dark matter annihilations actually lead to a limit on how massive a star can grow. We find that this limit is highly sensitive both to macroscopic properties of the dark matter environment where the first stars formed, and to microscopic properties of the dark matter particle itself — such as how strongly it interacts with regular matter.”

Researchers Caleb Levy ’23, Jillian Paulin ’23, Federico Aguilera ’22, Jacob Pilawa ’20, and Zhang focused on other aspects of dark matter. Guided by Ilie, Levy used mathematical tools to develop the formalism needed for investigating the role of helium in the capture of dark matter by the first stars. He also employed numerical methods in Python to calculate the effects of annihilation of dark matter captured by a star composed of helium and hydrogen.

To explore the possibility of placing constraints on how strongly dark matter can interact with regular matter, Ilie, Levy, Zhang, and Pilawa used potential upcoming observations of Population III stars, in a paper recently submitted for review to Physical Review D. Currently, the strongest constraints originate from direct-detection experiments. These experiments are performed deep underground, and are thus shielded by most cosmic backgrounds, Ilie explained.

“The idea is that, once a dark matter particle collides with the nucleus of a chemically inert element — for example, liquid Xenon — it will generate a small, but potentially detectable signal,” he said. “All of these experiments on Earth will eventually be so sensitive that they will start detecting a large number of signals from cosmic neutrinos, which cannot be disambiguated from potential dark matter signals. This is called the neutrino floor, and it will be reached by direct-detection experiments in the next decade or so.”

This means future direct-detection experiments will require a revision in strategy and technique. “Our main result is that the mere observation of a Population III star formed during the epoch of ‘first light’ — or when the first stars formed — with a mass of a few hundred times the mass of the sun is sufficient to probe interaction strengths between dark matter and regular matter below the so-called neutrino floor,” Ilie said. “Although no such star has been observed yet, there is high hope that this will change in the near future, when the upcoming James Webb Space Telescope [launching in 2021] will observe the distant universe during the epoch of the formation of the first stars.”

If such a Population III object is found, Ilie explained, scientists would be able to immediately place constraints on dark matter properties that are well below the limitations of current direct-detection experiments.

In August, Physical Review D published Ilie, Zhang, and Pilawa’s paper on multiscatter stellar capture of dark matter. Their findings delved into the possibility of using neutron stars as dark matter detectors. “Our main contribution to the literature in this paper was to show that there is a minimum temperature a neutron star has to have in order to be used as a dark-matter probe,” Ilie noted. “We also derived an analytical formalism that allows one to calculate how much dark matter is captured by neutron stars without doing expensive numerical computations.”

“Although our research centered on different goals relating to dark matter capture,” Levy said, “I benefited immensely from my interactions with all members of the team as we tackled problems inherent in this type of research.”