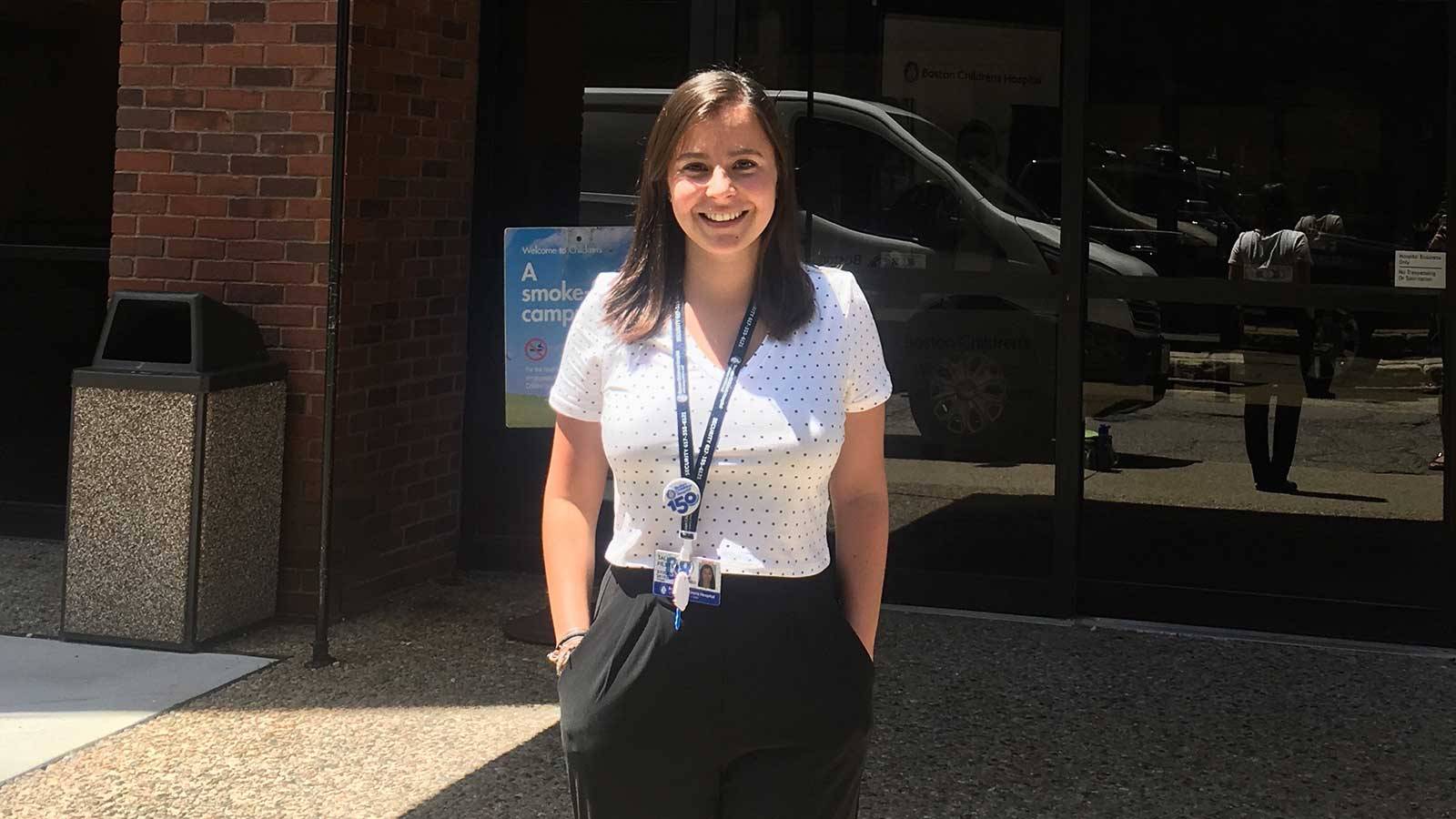 During the summer, Colgate students are applying their liberal arts know-how in a variety of real-world settings, and they are keeping our community posted on their progress. Neuroscience major Tali Filstein ’21, from Avon, Conn., describes her summer research.

This summer, I am conducting research on the Infant Screening Project in the Nelson Lab at Boston Children’s Hospital. My research focuses on discovering early biological and behavioral markers of autism.

Currently, children can only be diagnosed with autism at around ages two or three. This is often too late in a child’s development for intervention therapies that can increase language and communication. The Infant Screening Project is trying to find markers of autism that can be used to diagnose children at a younger age.

The lab is running a study in which researchers meet with the same children every couple of months for several years. The researchers administer electroencephalogram (EEG) scans, attaching small metal discs called electrodes to the scalp to detect electrical activity in the brain. They also examine the children’s behavior while performing certain behavioral tests.

This data collection continues until the children are old enough to receive a formal autism diagnosis. We hope to compare and contrast test results between children who are eventually diagnosed with autism and those who are not.

Every day, I ensure that the subjects perform their assigned tasks. I film their tests for future coding, and I record data, code speaking levels as an indicator of social communication, and measure levels of concern for autism. I also attend lectures and journal clubs to stay informed on scientific advances and techniques in the world of cognitive neuroscience.

This internship is a great combination of my interest in neuroscience and my love for working with kids. I’ve learned a great deal about autism and diagnosis, as well as the inner workings of performing research in a lab setting. Effective data collection and organization is more complex than I could have ever imagined. I’ve gained a deeper appreciation for research, which will be incredibly valuable as I move through my education in the sciences at Colgate.