With commencement, Class of 2018 enters world of change 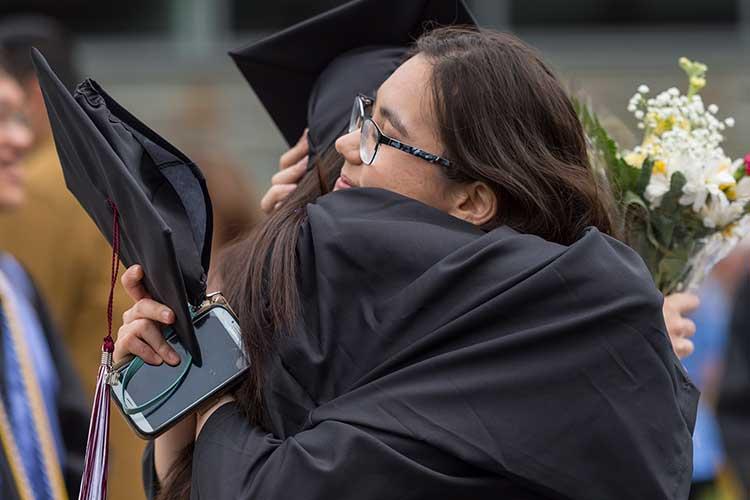 Today, members of the Class of 2018 received the degrees that they worked so hard to attain. Honored guests and familiar friends, rising to congratulate them, made clear that these graduates are taking their liberal arts education into a world of change.

The university’s 2018 Jerome Balmuth Award for Teaching and Student Engagement recipients, professors Chris Vecsey and Lourdes Rojas-Paiewonsky, along with 1819 Award winner Lauren Sanderson ’18, addressed the Class of 2018 during Baccalaureate services.

President Brian W. Casey himself took on the role of Baccalaureate speaker, telling seniors, “You have been given great possibilities and challenges because of the time in which you find yourself.” He continued, “I wish you courage and the strength to meet them. Meet them with grace and care; greet them with the best version of you — the world needs that.”

Haass delivered the 2018 commencement address, informed by a 40-year career in public policy, and it provided a stark assessment of today’s world.

“The reality is that the world you are entering is one filled by a large number of uncertainties and threats,” he said. “The quantity and quality of the challenges facing the United States and the world are unprecedented in my experience.”

But — with China, North Korea, Russia, Iran, and a series of domestic issues complicating the landscape outside of Sanford Field House — Haass focused on three particular slow-moving crises: the future of work, climate change, and America’s growing federal debt.

The workplace has radically changed since grandparents in the Class of 2018 took jobs and stayed with one employer until retirement. Employment is fluid now, and benefits like retirement and sick leave must be changed to reflect this reality.

“Such reforms will not just happen; it will require citizens — that is, you and the people sitting next to you — along with those who represent them to bring them about.”

As for climate change, Haass said, “In your lifetime, Miami may no longer be a viable spring break destination.”

The usual workaday responses of recycling and driving hybrid cars no longer suffice.

“You should learn enough about the policy options relevant to climate change (or other important issues for that matter) so that you put yourself in a position to know which municipal, state, corporate, national, and international policies and initiatives to support and which to oppose,” Haass said.

On the topic of the national debt, Haass warned that the current rate of debt would eventually prevent the United States from pursuing efforts in research, education, infrastructure, and even dealing with another recession.

But Haass is not without hope. “That we know these crises are unfolding is a good thing if we choose to do something about them sooner rather than later.”

He reminded the Class of 2018 that, in doing something, facts matter, and that only by educating themselves could they participate in finding solutions.

“Citizenship is a privilege, but with privilege comes responsibility. There is no excuse not to vote. Nor is there an excuse for not knowing about the issues and candidates you vote on,” he said. “I hope you will leave this wonderful campus more committed than before to studying and then doing something about the issues certain to shape your future. I can think of no better way to put the education you have gained here at Colgate to better use.”