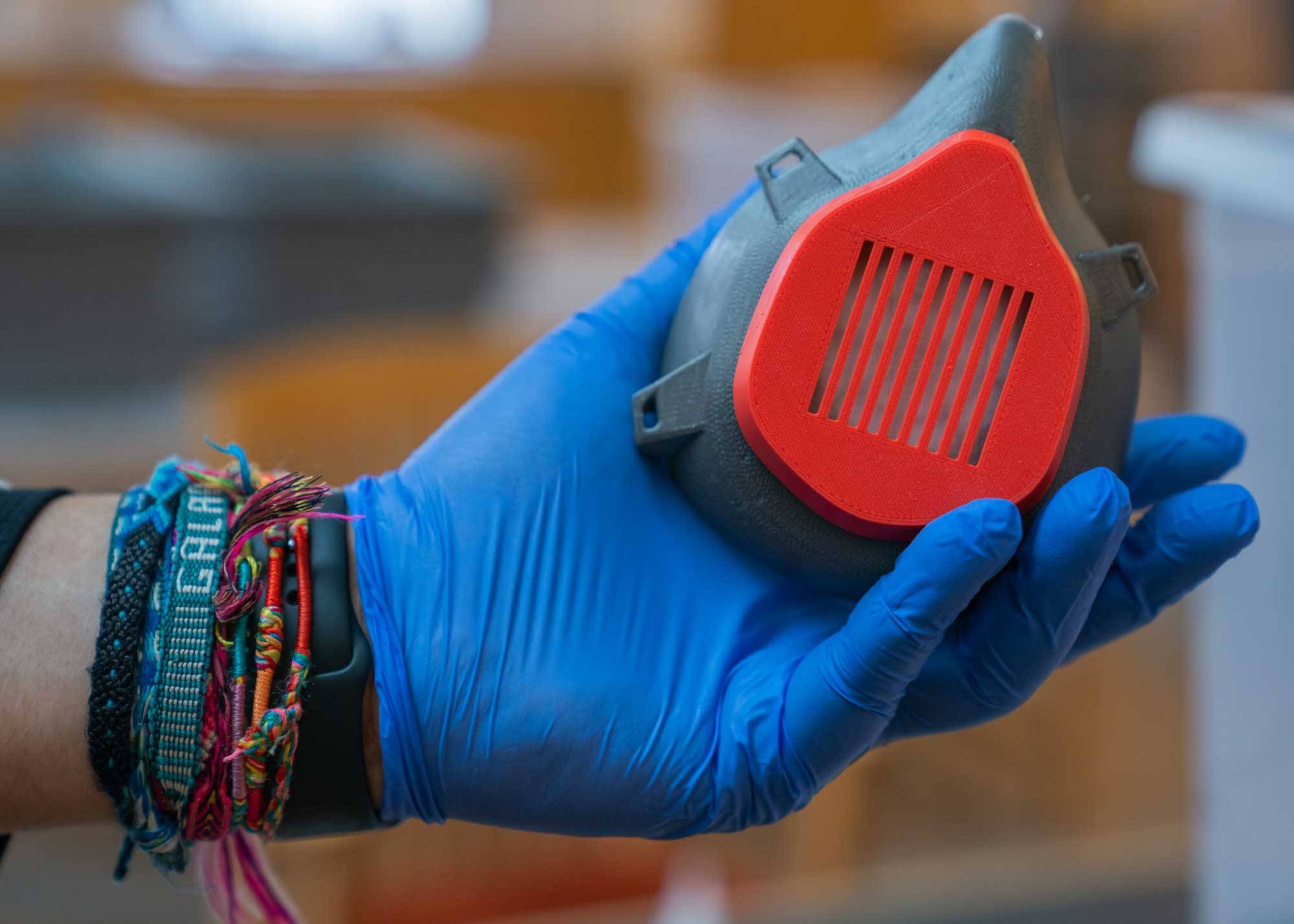 In the Case Library and Geyer Center for Information Technology, a place usually buzzing with student scholarship and discovery, a different type of innovation is happening: information technology staff are building face masks and shields with 3D printing technology.

The library’s third floor has been transformed into a makerspace for the masks, which are being distributed to the campus community to protect against respiratory droplets that may spread COVID-19. Tables normally used for textbooks and term papers have been positioned the recommended six feet apart, and 10 3D printers beep in unison.

But the printers only produce the pieces for the masks and shields — it’s up to Instructional Designer Kenny Wilson and Director of Engagement and Support Ahmad Khazaee ’05, donning lab coats and safety wear, to put together the final product. Two tables in an adjacent space, covered with elastic, glue, and household air filters, serve as a makeshift production area. The staff has the capability to produce 12 masks and 40 shields each day. Each one is cleaned thoroughly, several times, during the production process.

The setup is steps away from Wilson and Khazaee’s offices in the University’s IT department. They’re hoping to reduce the spread of the virus by staying put in Case. “We know we have power. We know we have light ... we’re not creating a liability by going somewhere else,” Khazaee says.

The 3D printed masks begin with a three-dimensional model created with computer-aided design software. The model comes out as a stereolithography file, which is then translated into a set of instructions for the printer in a process called slicing. “That has its origins in the idea that these things are built up layer by layer or slice by slice,” Wilson says. Finally, the printer, loaded with plastic, prints the object at about 220 degrees celsius. 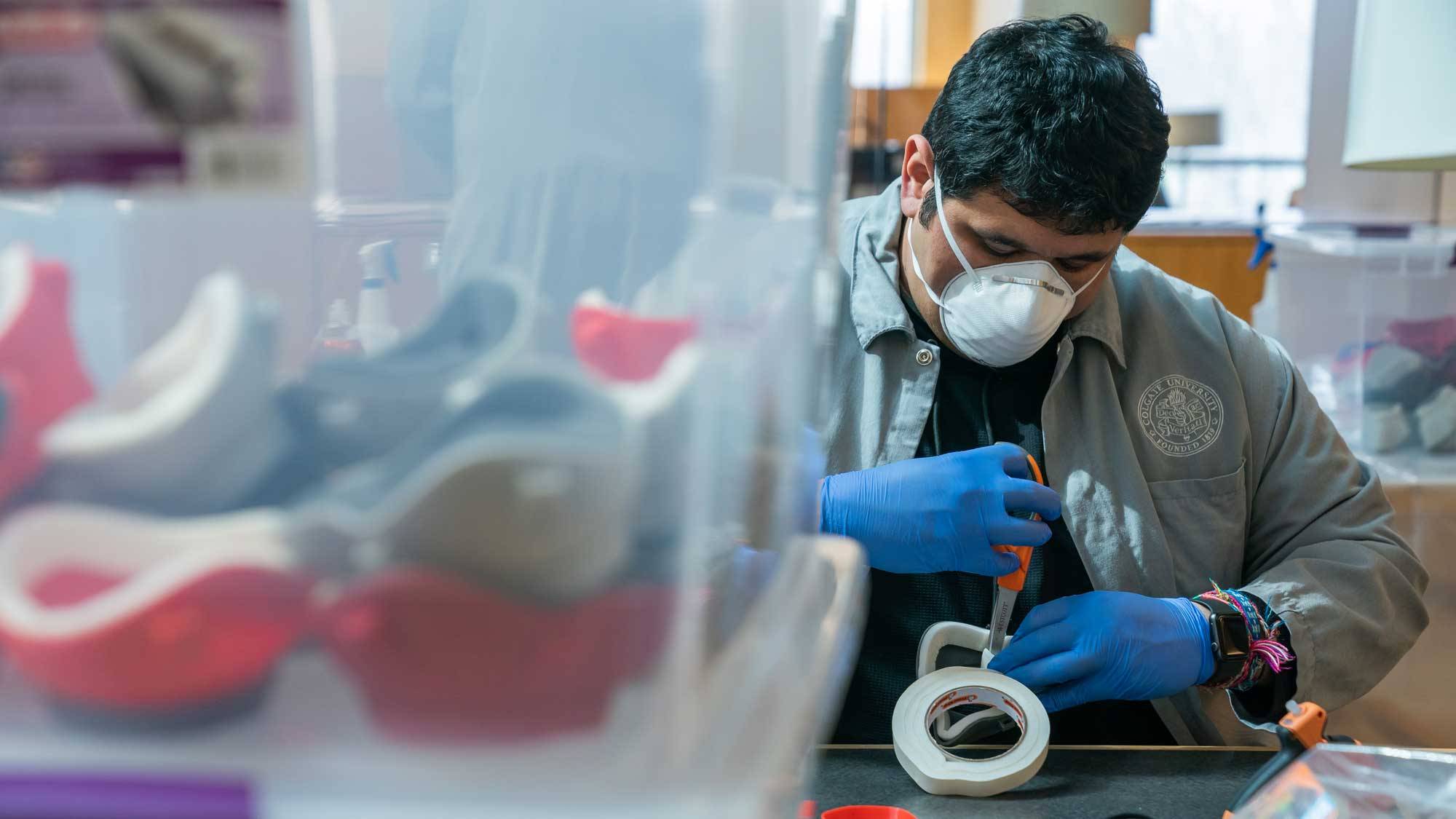 Ahmad Khazaee, ITS Director of Engagement and Support, assembles protective masks being 3D printed by ITS staff. 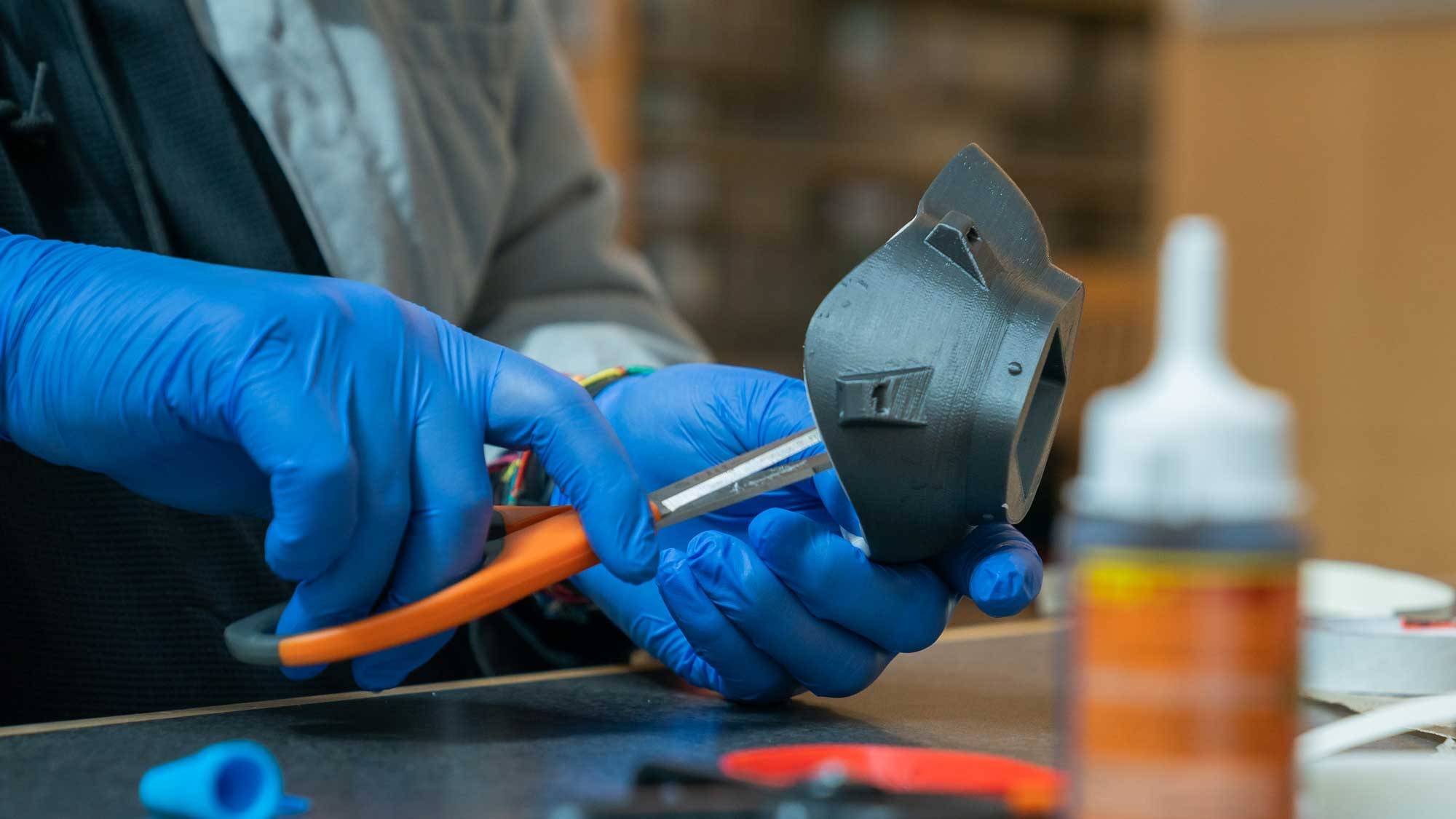 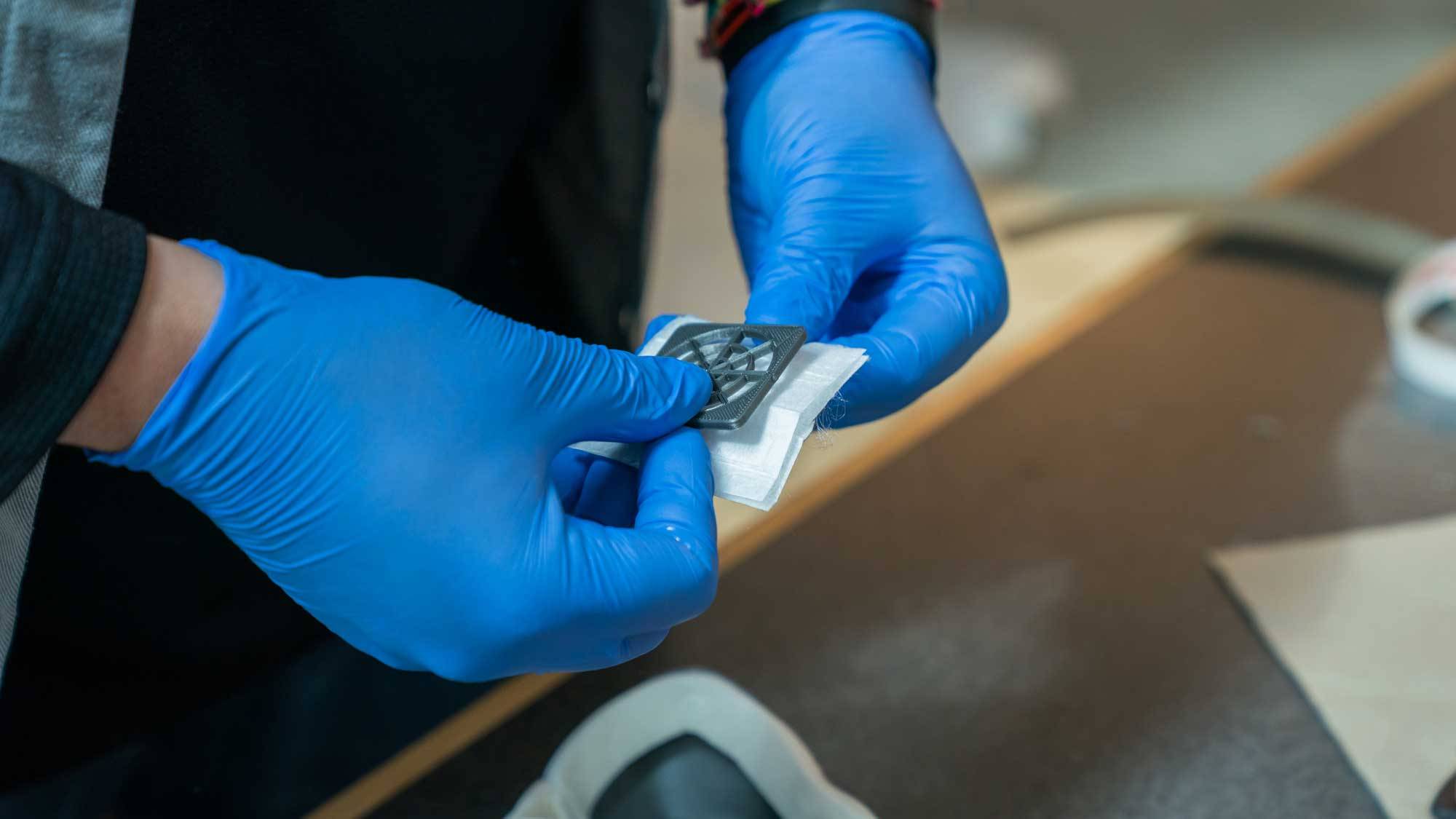 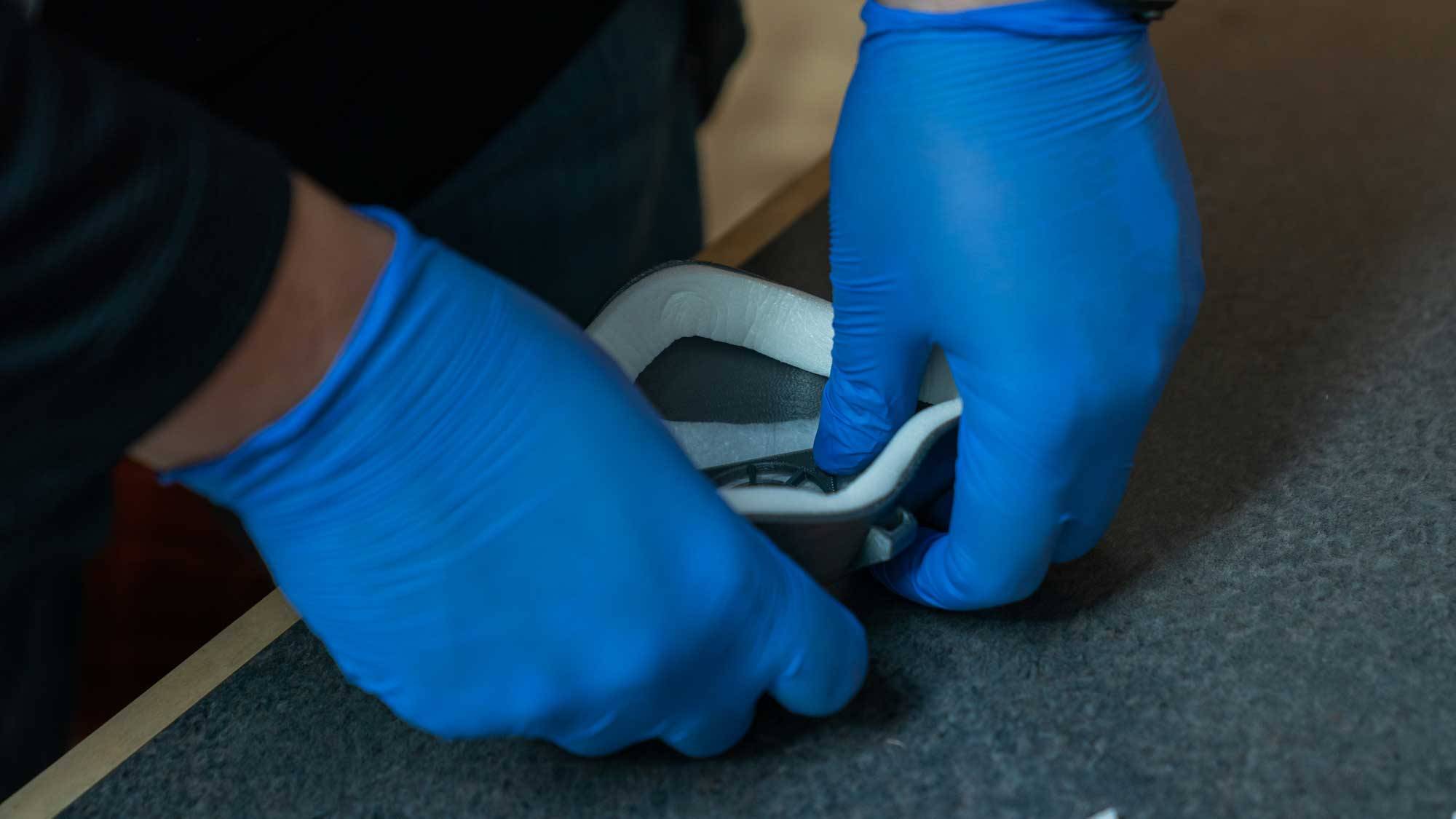 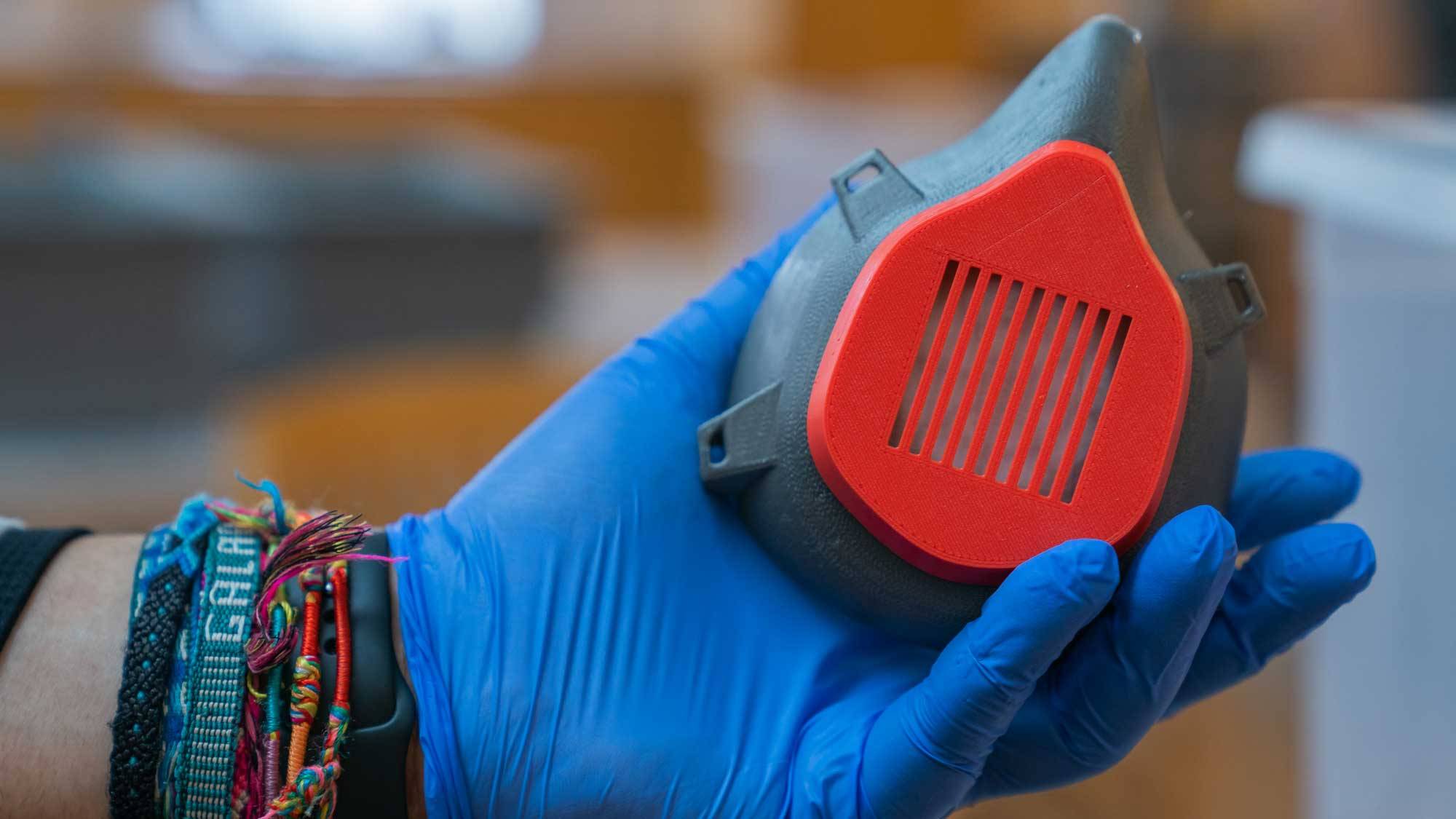 All materials for the masks are locally sourced, and Khazaee says employees across campus offered supplies to repurpose. For example, the plastic, front facing piece of the face shield is an overhead projector sheet. They were sourced from the economics and political science departments. Community Memorial Hospital donated tourniquet straps to be used in place of the usual elastic.

“What’s going on here is nothing new at Colgate: a group of people recognizing a need for the institution and then putting it into action,” Wilson says. “And that goes way back to the beginnings of the University, when people quarried rocks out of a rock quarry and built buildings. People recognize the need for Colgate in the community, and they put it into action.”

The idea to create face coverings with 3D printed technology came about in a meeting of the University’s Emergency Operations Committee (EOC).

“A few people had the foresight to say, ‘Supplies are starting to run low, so we’re going to need alternate forms of protection’,” Khazaee says. IT touched base with its network of makers communities across the United States, some of whom are working with university medical centers to create 3D printed equipment. This helped the team troubleshoot and find ways to be resourceful with what’s available on campus. The first mask was made March 27.

There’s currently no way to formally approve the masks with the government, so the University relies on its Environmental Health and Safety (EHS) staff to confirm their usability. After a prototype was introduced to the EOC, EHS conducted a qualitative fit test for the masks and shields. By spraying the irritant stannic chloride, a coughing agent, in the face of the mask wearer, EHS was able to successfully demonstrate the use of the mask for respiratory protection. Case-Geyer was chosen as the makerspace due to its centrality on campus; it’s en route for EHS, and Facility Services can easily stop by and clean the area multiple times daily.

“We’re in a moment in time where we all feel so distant from each other,” Wilson says. “Seeing these different teams and departments coming together to offer up help has been really awesome.”