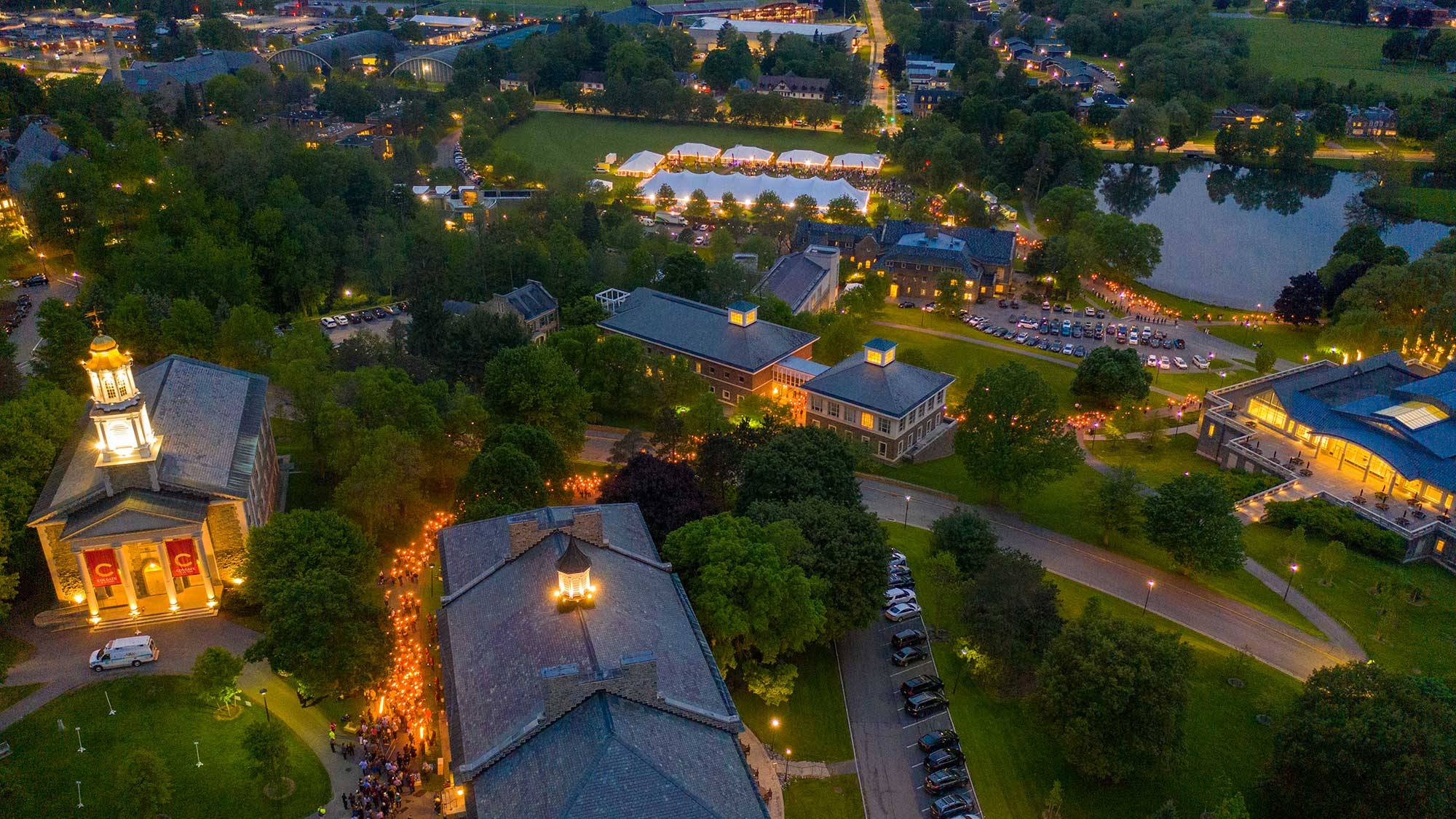 The vista from the top of Colgate University’s hill is as arresting as the view from the bottom. Equally beautiful, they differ merely in perspective.

Similarly, the fondest recollections of Colgate University’s Bicentennial All-Class Reunion might differ among the 4,000 alumni, family members, and friends who attended the event last weekend. Yet, all of those memories, full of joy and deep connection, were made to last a lifetime. 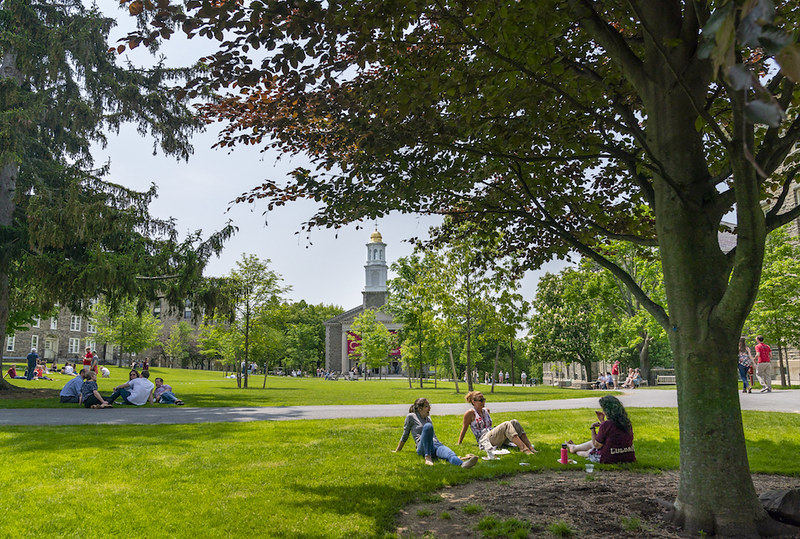 For class years ending in 4 and 9, it was a chance to sit under the tents on Whitnall Field or at class dinners in the Village of Hamilton, catching up on personal and professional news.

If you were a member of Konosioni, celebrating its 85th anniversary, you might have focused on University traditions, like the Torchlight procession, led this year by President Brian W. Casey and Board of Trustees members. For 90 minutes, as the sunlight dwindled behind Taylor Lake, alumni streamed from the Academic Quad to Whitnall Field, carrying the light of knowledge on brass torches, made possible through the generosity of classmates.

If you were a Swinging ’Gate — a member of the University’s female a cappella group, founded 45 years ago — you would have spent the weekend responding to the call of the pitch pipe.

Meanwhile, members of Thought Into Action celebrated 10 years mentoring student entrepreneurs, and the Alumni Council honored a century of work on behalf of the community of graduates, now more than 32,000 strong.

After dedicating a tree in front of Olin Hall, Colgate’s Alumni of Color gathered at the ALANA Cultural Center to praise the work that raised its roof 30 years ago.

“It is my hope that, on this 30th anniversary, we recognize that ALANA’s story is our story — over the decades and over the centuries, etching our presence into the very architecture, history, and landscape of Colgate,” Provost and Dean of the Faculty Tracey Hucks said. “It is also this occasion where we mark a new beginning with Colgate in its third century of existence.”

During its Bicentennial year, Colgate vowed to look back on a proud history and forward to an ambitious future. Alumni had the chance to do the same last weekend.

On Saturday morning, President Casey delivered an address on the newly approved Third-Century Plan, a long-term framework to guide the University as it pursues its mission at the highest possible level and becomes an even greater version of itself. “We knew, when we began the planning process, that the trick was not to try to change Colgate, but to make it better,” Casey said.

Alumni packed the chapel and overflow rooms across campus while others watched from around the world via Livestream as Casey described the elements of the plan, based on Colgate’s most distinctive characteristics, and outlined the first steps that the University will take toward implementation.

Those steps include the elimination of loans for students with family incomes below $125,000; expanded support for professors, particularly junior faculty members; a second Hamilton Initiative, including a renovation of the University’s golf course; the pursuit of a plan for arts, creativity, innovation, and design; and the implementation of the new Robert H.N. Ho Mind, Brain, and Behavior Initiative (MBB).

“When I was in college, there was a focus on rational thought. You read books, thought about them, then came back and talked about them, and that is a valuable way of learning,” Professor Lesleigh Cushing, associate dean of the faculty, said. “But people didn’t focus on learning with your body, with your hands. Now, the conversation has shifted. How do we create students who learn holistically through their bodies?”

Memories of all kinds, collected by the thousands, were made possible by staff in alumni affairs with support from colleagues in the advancement office and across campus. No matter the class year or affiliation, the effort — years in the making — was both a rally and a rallying moment for an academic community on the move.

Invoking words that he gives to incoming first-year students during convocation, Casey said, “I want to leave you with these lines: ‘Make no small plans here. Have no small dreams.’”

My business is very people oriented; it’s crucial to both tell our story and listen to others’ stories. Colgate has taught me the importance of hearing other perspectives and understanding where people are coming from.

Colgate understands the importance of a vibrant village. Members of the community are invited to attend cultural, social, and athletics events; there’s a real ease of movement from the village to the campus and back. That is unheard of in a lot of college towns.

One of my favorite moments this weekend was meeting Tom Wilson ’49. He told us about having a fabulous four years with his Kappa Delta Rho brothers — after he had adjusted to being a 16-year-old freshman with 27-year-old friends who had just come back from the war. He was lively, funny, and enthusiastic about his Colgate experience, even after all these years. I hope I come back for reunion when I’m 90.