Colgate celebrates the Class of 2017 at commencement 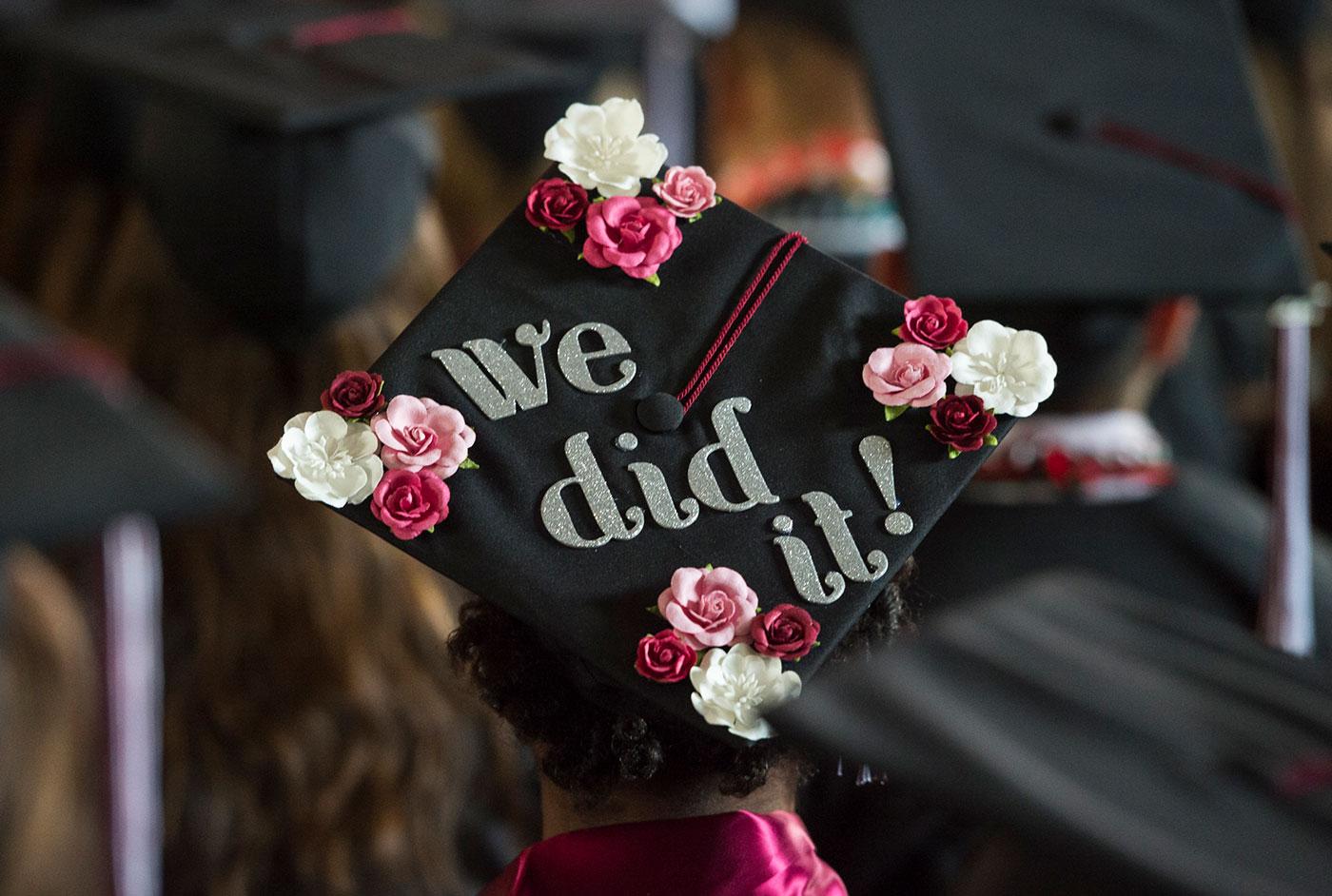 There is no hush like the peace before a bagpipe procession.

At 10:28 a.m. on May 21, thousands of parents, alumni, and friends quietly stood and turned in unison to the back doors of Sanford Field House. The silence was broken by the sound of the Mohawk Valley Frasers, whose sonorous pipes and insistent drums led more than 700 Colgate University seniors and their beaming professors to Commencement 2017.

With traditions stemming from 195 prior graduation ceremonies, the university conferred degrees on the singular Class of 2017. The event marked the final moments in a celebration that began on Saturday morning with brunch for the class’s first-generation graduates and an initiation ceremony for 41 seniors who were elected to Phi Beta Kappa.

Saturday evening, seniors, along with their families and teachers, gathered in Memorial Chapel for the annual baccalaureate service. The Rev. Gayle Fisher-Stewart, associate rector of Calvary Episcopal Church in Washington, D.C., and founder of the Center for the Study of Faith in Justice, addressed the class, calling them to be prophets for a new age.

“Each and every one of you has the power to change the world — to speak and act prophetically; to place your stamp on the world,” Fisher-Stewart said. “When I look out at you, I see hope; hope for a different future; hope for a better and brighter future; hope for a future in which every single person has the opportunity to live up to their potential, to be a valued member of this community we call America. This country needs each and every one of you. This country and this world are waiting for you.”

A cappella concerts, a torchlight procession, and receptions rounded out Saturday’s festivities, setting the stage for graduation itself on Sunday morning.

President Brian W. Casey, in his first remarks before a Colgate commencement crowd, reminded students in Sanford Field House of another Class of ’17 — 1917 — whose selfless pursuits deprived them of their own graduation celebration. The Class of 1917 commencement ceremony was canceled due to the fact that three-quarters of the campus had been deployed to The Great War.

“To double up the degree of celebration by congratulating not just the Class of 2017 but also the Class of 1917 seems like a very fine thing to do,” Casey said. “We celebrate when we wish to mark achievement. We celebrate to remind ourselves of that which is important. We celebrate because to do so makes us human and makes us a community, and we are one today.”

Thanking the class for its generous welcome in his inaugural year, calling them “his class,” Casey said, “Please accept our congratulations and our best wishes as you go into a world that is so in need of your leadership, your energy, your grace. We are proud of all of you.”

Watch the complete commencement ceremony at colgate.edu/commencement, and view the baccalaureate service here.