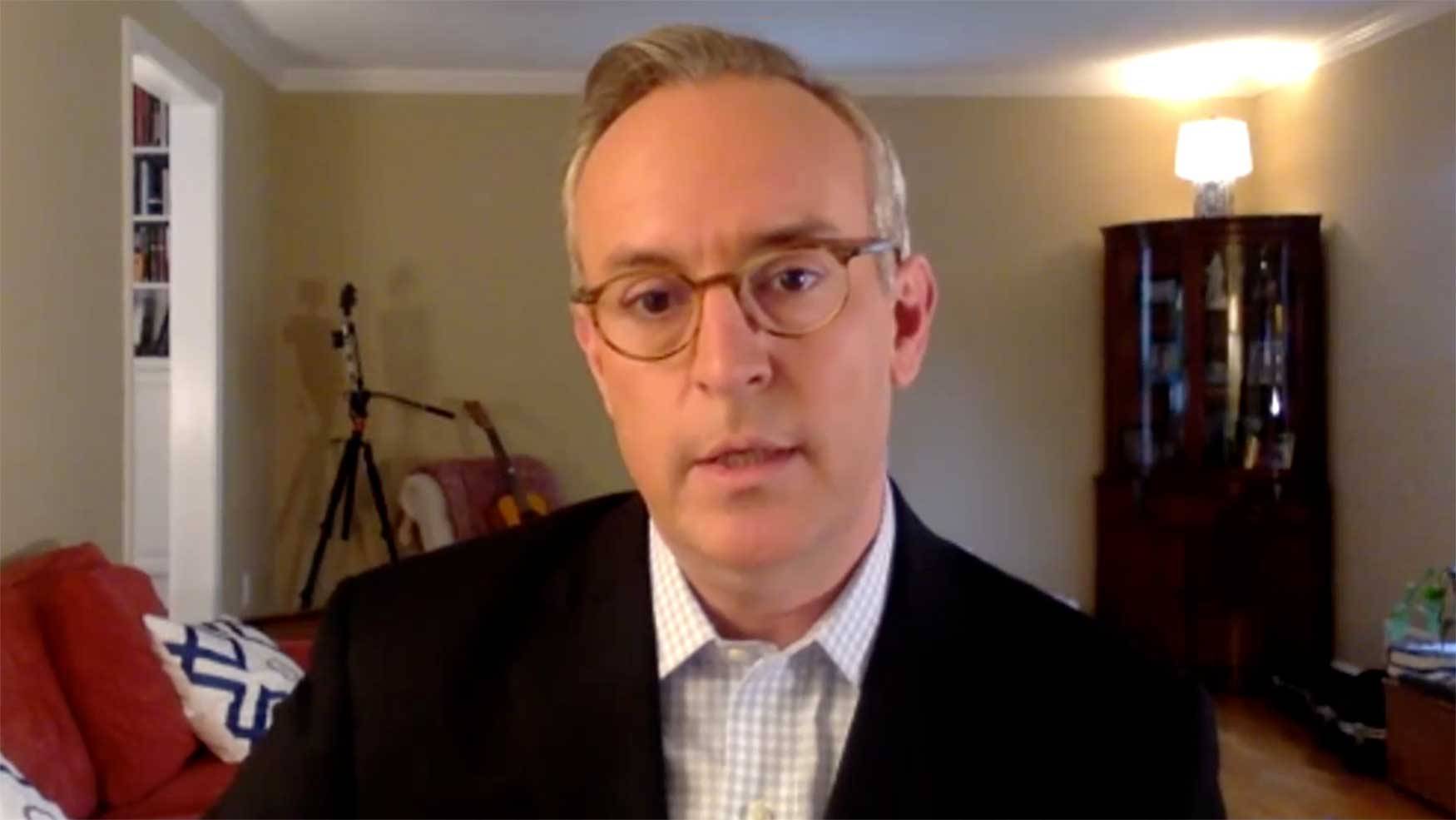 Despite the COVID-19 pandemic, Colgate remains dedicated to keeping alumni connected. A series of virtual webinars — hosted by the Office of Alumni Relations and the Colgate Professional Networks — is one example of how the alumni community is staying in touch from a social distance.

On April 20, the professional networks hosted a virtual Q&A, featuring CNBC Washington Correspondent Eamon Javers ’94, who spoke about his experience covering politics and the White House. The event was moderated by Alison King Haley ’84, P’23, political reporter for NBC Boston.

Javers and Haley discussed how COVID-19 has impacted the field of reporting. “In terms of practicality, reporting from home is almost the same,” Javers said. “If this had happened ten years ago, we never would have been able to do this, but we’ve all just gotten to the point where the kids and the dog are normal parts of the workday.”

Thanks to technology, Javers is able to continue to broadcast live. He dials into the CNBC control room using a “padcaster,” an iPad on a tripod with a light attached to the top. Javers has opted to broadcast in front of his fireplace. “Now, everyone online can pick apart my bookshelf and my reading habits,” he said.

As a White House reporter, Javers has faced some particular difficulties working from home. Since he can’t physically go to the White House as he usually would, he is missing the spontaneous interactions he often has with White House officials. “Normally, you’ll bump into the chief of staff or the secretary of the treasury, and you know those people, so you can get a tip or a subtle wink and a nod, and now all of those little invaluable moments just aren’t happening.”

Subtle nods aside, “You don’t get into this business to make friends,” Javers said. “You’re not running a social campaign here; you’re here to uncover the news. Someone calling you a jerk three times a day is not the worst thing that can happen to you, just shake it off and do the job.”

Javers’ approach to reporting, he says, is to get the information, be straight, fair, and accurate, and ignore what the president says about the press. “My job isn’t to get angry. It’s to get information that’s important and useful to our viewers and readers.”

Javers also addressed the congressional ramifications of COVID-19, pointing out that Congress currently has no method of remote voting. “The reality is, the leadership in Congress doesn’t want to confront the loss of political power it would represent,” he said. “The ability to physically cajole members of Congress, to set the schedule and force them to stay in session overnight and vote as late as 1 a.m., that’s one of the real brass tacks and sources of power for congressional leaders these days.”

Javers believes that the pandemic will have a dramatic impact on the political world. “Like during the 2008 financial crisis, a relatively mild event compared to what we have now, we’re seeing extreme political movements on the wings,” he said. “We’re already seeing armed militia forces storming statehouses protesting state closures, and we’re seeing people advocating for an immediate universal base income. That’s all unpredictable, and we don’t know where it’s going to land, but it’s going to have a seismic effect on politics.”

Learn more about the virtual resources for alumni and see the calendar of upcoming events.