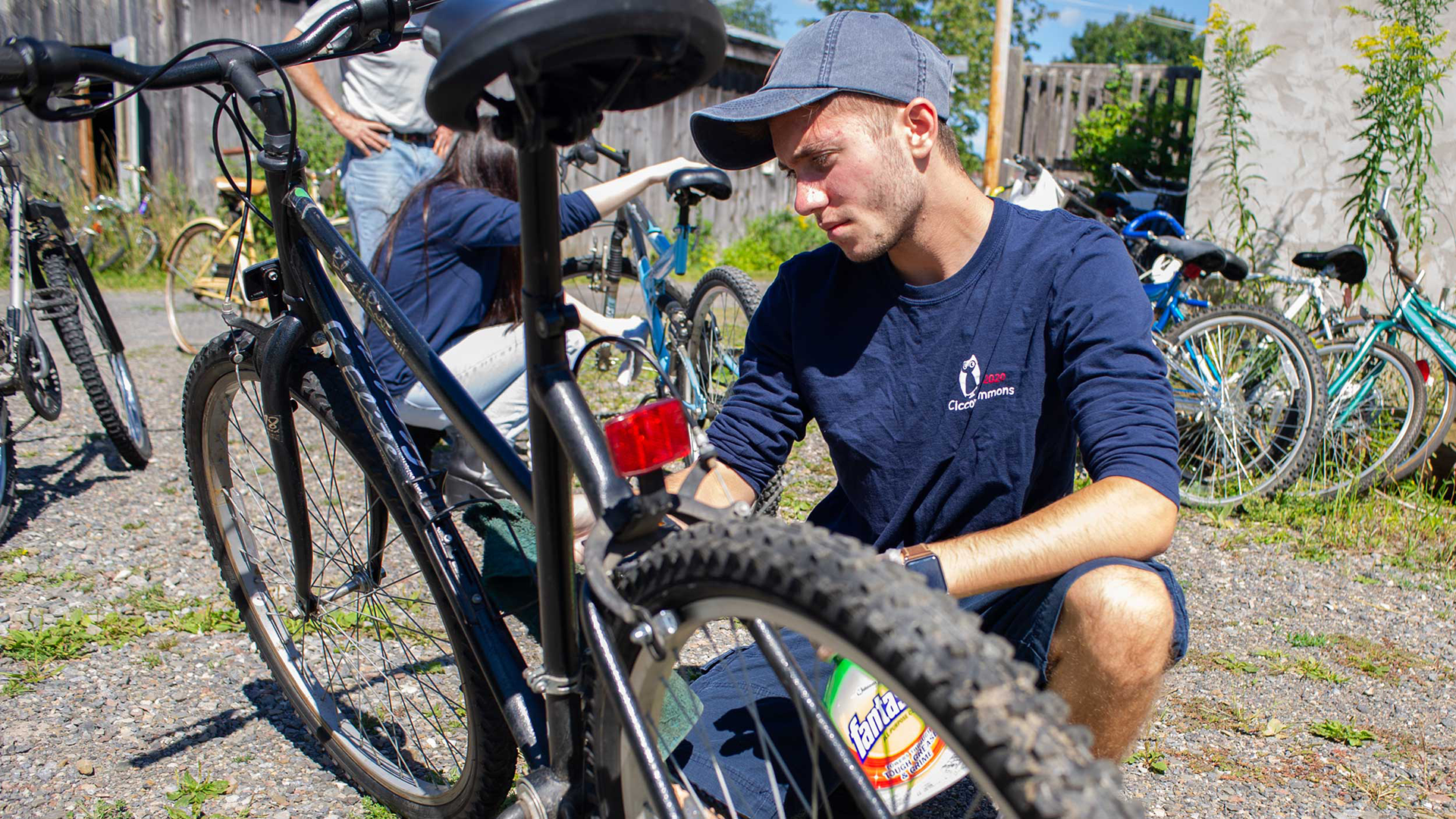 Following annual tradition, the Max A. Shacknai Center for Volunteerism, Outreach, and Education (COVE) organized a 9/11 Afternoon of Service. On Friday, Sept. 6, more than 70 student volunteers worked with eight nonprofits in Hamilton and neighboring towns to help local farms, promote environmental conservation, maintain trails, and preserve the Chenango Canal among other activities.

While the COVE often draws upon preexisting relationships with organizations in town, they also strive to respond to developing community needs when assigning volunteers. For instance, students baked cookies to contribute to a community picnic for farmworker families, hosted the following day by interfaith service coalition volunteers.

The COVE’s desire to work more closely with the Residential Commons was also actualized when a group of commons leaders asked to volunteer together for the first time. Members of the Ciccone Commons Student Council helped Community Bikes, an organization run by Chuck Fox ’70 that fixes and cleans donated bikes for distribution in lower-income communities.

Jeremy Wattles ’05, director of the COVE, emphasized the importance of Colgate students pursuing their intellectual passions, acknowledging the role they play in the community, and recognizing how their actions can positively influence those around them.

“After a terrible event like 9/11, where there is loss of life, violence, and destruction, these smaller acts around the country — acts of kindness, acts of giving to others, acts of selflessness — are meant to show a different way of living in the world other than a violent one,” Wattles said. “We have a choice every day of what we’re going to do with our anger and frustration, and this is one way to channel it in a positive way.”