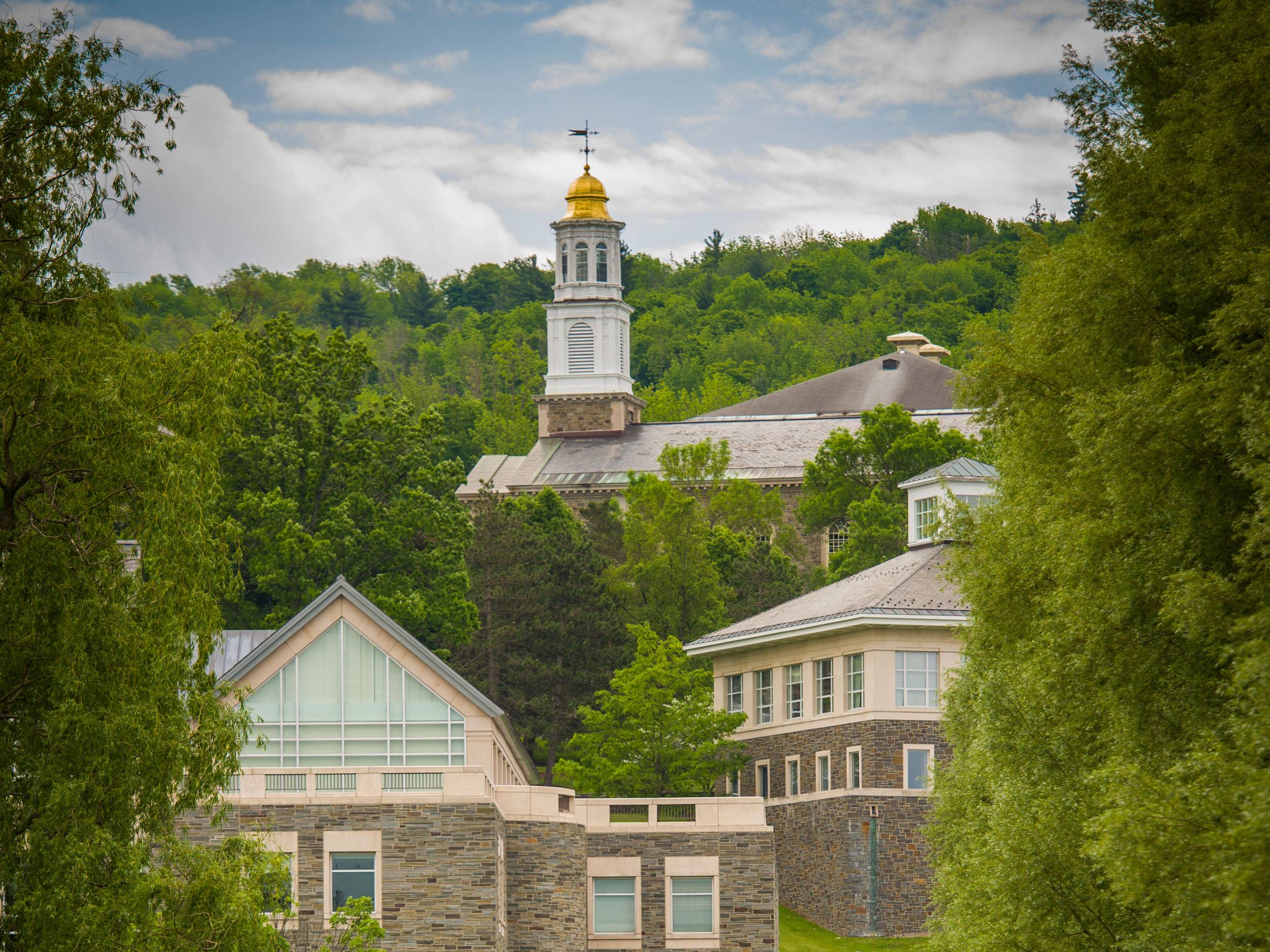 Two members of the Class of 2022, lauded for their commitment to the community and their classmates, have been awarded the Colgate Alumni Corporation 1819 Award.

Recipients of the 1819 Award, which is given each year to those whose character, scholarship, sportsmanship, and service to others best exemplify the spirit that is Colgate, have earned the highest award that the University grants to graduating seniors. Awards were given out during the Awards Convocation for the Class of 2022 in Colgate Memorial Chapel on Friday afternoon.

Alumni, faculty, staff, and students praised Almanza, who is a first-generation scholar and a Golden Fellow at Colgate, for her work at the forefront of student groups, with one nominator writing, “The most succinct way to describe Hilary is as a dynamic change maker on Colgate’s campus, and to say that I anticipate that she will, after graduation, be the same force for change in the nation and world.”

Nominations for Alamanza pointed to her outstanding work as president of the Latin American Student Organization (LASO), supporting first-generation students and members of the Office of Undergraduate Studies program, and for her work to support Intergroup dialogue. Alamanza was also commended for her collaboration with other student organizations on campus, including the Black Student Union, the Sisters of the Roundtable, and Brothers.

“Hilary has strived, throughout her time at Colgate, to embody the character and spirit of the community and institution that Colgate seeks to become. She has worked with marginalized students to provide them space to celebrate their cultures and worked with students of all backgrounds to build trust, empathy, and models for positive change through intergroup dialogue,” one nomination reads.

Another stated, “Hilary embodies everything that Colgate truly stands for: the drive for the highest quality intellectual pursuits; the courage to lead a community into an empowering future; and the generosity of spirit, time, and service needed to build bridges and relationships in the presence of diverse groups of students.”

At Colgate, Tran was a Graduate School Access Fund Fellow and a committed Community Leader (Colgate’s Residential Assistants), who even had a few weeks of being in charge of the residence hall floor where President Casey roomed in East Hall at the start of the pandemic.

Tran was praised for his tireless work as a CL and as someone who is endlessly empathetic, supportive, compassionate, and helpful. One nominator wrote that Tran is someone who plays the role of community caretaker, making sure many student voices are included in discussions.

“Alex Tran’s service to the Colgate community is demonstrated through his various roles on campus as the president of the Vietnamese Society, co-founder of the R Statistics study group, and president of the Senior Honor Society. In addition, Tran is a team leader for the Colgate Caretakers, a group that volunteers with patients with dementia, Alzheimer’s, and traumatic brain injuries at Crouse Community Center. Tran also is a peer tutor for psychology, and he helps to train incoming Community Leaders in Residential Life.

A nomination penned by six professors, reads, “With a 4.05 grade point average, an honors thesis in psychological and brain sciences, an honors thesis in educational studies, and three-coauthored journal manuscripts currently under review, Alex Tran is well on his way to a promising future as a scholar and intellectual.”