Back to Advancement Updates 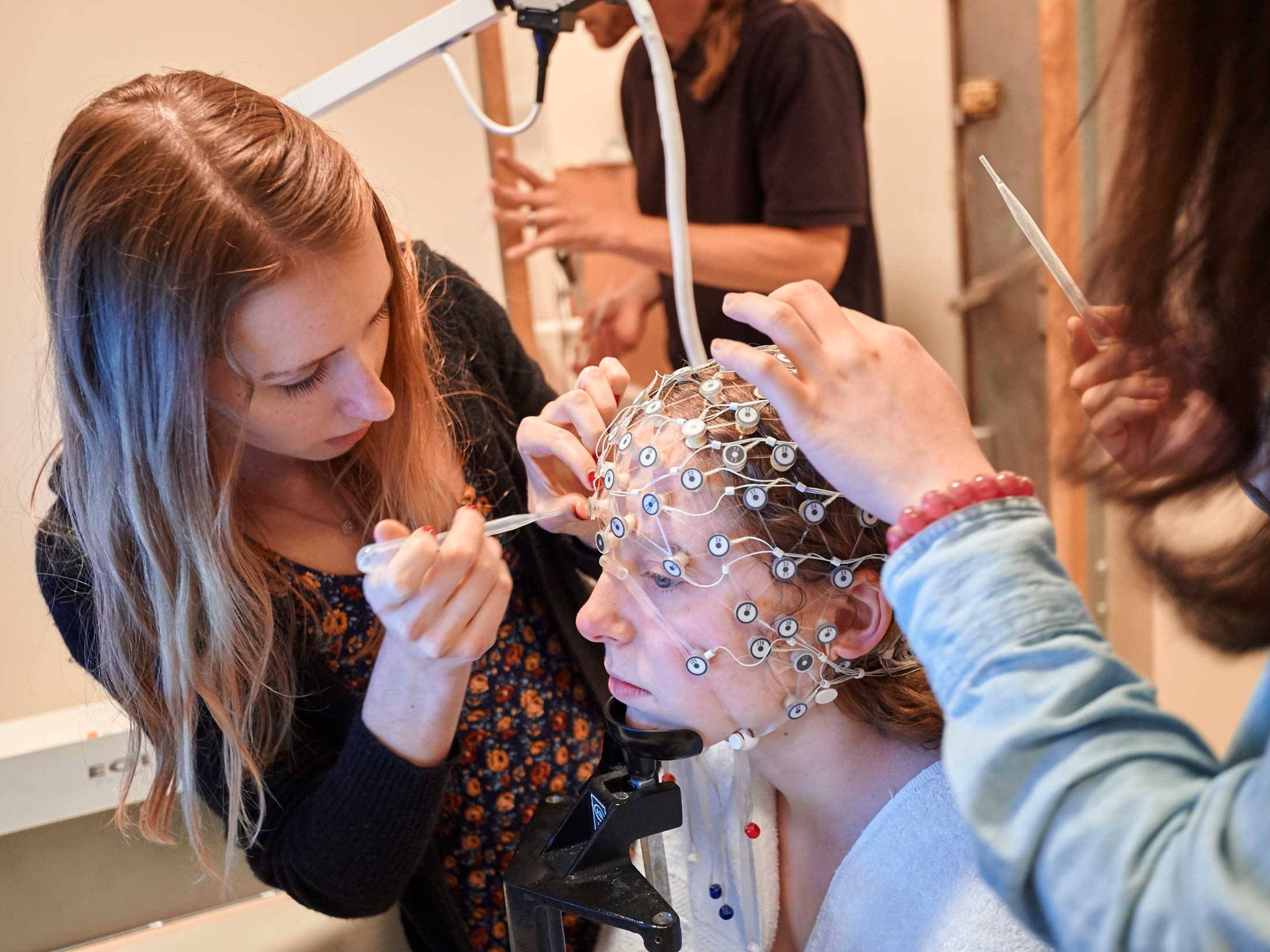 Students prepare a test subject for a brain scan in the neuroscience laboratory in Olin Hall.

Colgate University continues to advance key initiatives within The Third-Century Plan even as it dedicates resources to unprecedented community health efforts in response to the COVID-19 pandemic.

The University published The Third-Century Plan during the summer of its Bicentennial year. At that time, President Brian W. Casey noted that it is a living document, intended to guide the University through good times and bad for decades to come. The plan includes the Robert H.N. Ho Mind, Brain, Behavior Initiative (MBBI), launched with a $15 million gift from its namesake, as a central component of Colgate’s commitment to rigorous interdisciplinary research.

Bad times came more quickly than expected — just nine months later, in the form of a pandemic. However, as soon as it is safe to move forward, Colgate will continue with its plans to expand Olin Hall, creating a new east wing that will integrate the physical environment with the ideals and mission of the MBBI.

This space will include a two-story atrium as well as areas for study, collaboration, and conversation. The perimeter will house faculty and administrative offices, while the upper floors will feature labs, classrooms, and offices. A basement level will provide opportunities to develop labs and other spaces that respond to future needs of scientific inquiry.

A renovated Olin Hall will house Colgate’s Brain Recording and Cognitive Science Lab; an integrative molecular genetics and genomics hub, including technology for DNA and RNA sequencing and transcriptomics; and the Human Interaction Lab, hosting research into leadership as a dynamic force rooted in the traits, competencies, and motives of those who lead.

“The generosity of alumni, parents, and friends has made it possible for us to address the challenges of today while also keeping an eye to the future,” says Karl Clauss ’90, vice president for advancement. “The Third-Century Plan is proving its resilience, because it is built on essential Colgate characteristics — like the loyalty of our community and our commitment to academic rigor.”