Back to Benton Scholars News and Updates 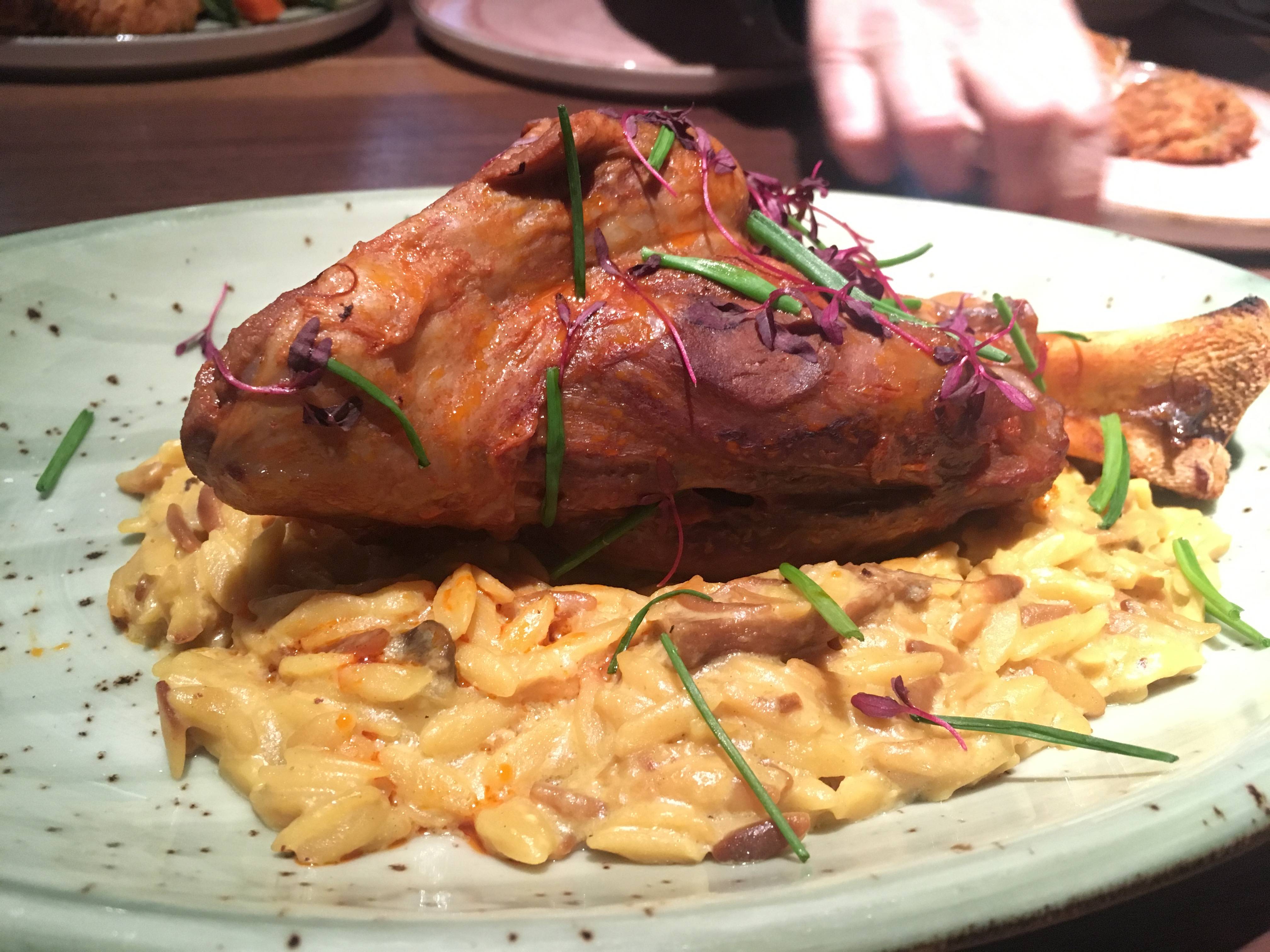 You can learn about a culture by trying the foods that are considered staples of the local area. The best part about food is that it is truly unique around the world. Ingredients that are common everywhere combine in ways that make completely different dishes. Even across America each state has its own staples and dishes that remind people of home. This week tell us about the food in the places that you’re studying. Anything surprising or entirely different from home? What’s been your favorite dish that you’ve had while you’ve been gone? Any foods you think you may miss when you return?

I am of the few Colgate students who love Frank and miss it dearly, but having the time to cook has been an unexpected highlight of being abroad. Without a meal plan, most students at Queen Mary have to feed themselves. This can mean a heavy rotation of frozen foods, cooking the exact same meal every day, or take out. But having the time to really cook has allowed me to enjoy cooking without time constraints that I experience at Colgate. In addition, being in a city means there is a huge abundance of supermarkets. Each grocery run I go to involves me going to 3-4 supermarkets that are close to each other but offer slightly different options. Unexpectedly, grocery shopping in London is quite affordable. For the 15-20 pounds it takes to buy one meal, I can feed myself for 3-4 days, which is about how long produce lasts. (They do not drown their veggies and fruits in preservatives so food goes bad pretty quickly.)

But when I am able to eat out in London, I make sure to look up online reviews and find the best of each cuisine because there is an abundance of restaurants of every cuisine available in this city. However, while the classic British breakfast plate and fish and chips are good, I find myself most excited about eating other cuisines. Excitingly, London is filled with food markets of every kind. Some are very touristy (Borough Market), some are just a collection of food trucks (Camden Markets), and some are more local farmers markets joined by a few trucks (Victoria Park Market). Here, you are able to eat relatively cheap and small-portioned meals so you can eat multiple cuisines in one day. I've taken full advantage of these with friends, splitting multiple meals in one sitting.

My greatest takeaway from "British food" was not the fish and chips or haggis. Instead, the locals have taught me the top two "atypical but national food of the UK". First, is Indian food. Now considered a national dish of the UK, quite a few of the restaurants have been given quite a bit of attention and acknowledgment, including Michelin stars. Though it is a little eerie to learn about the political tension between the British Empire and India in class, the wide range of Indian flavors available in the city is quite impressive. The other and less known local favorite is Piri-piri (or peri-peri) chicken. It's essentially chicken prepared with African bird's-eye chili, which is referred to as peri-peri or piri-piri. It's usually quite affordable and is often times the dinners of students who don't cook very much.

Warm pita bread, crispy falafel, and only the creamiest of hummus comprised just about 80% of my diet while abroad. Walking down any street in the city guarantees you only the best falafel sandwich in the world for only $1 US dollar. However, falafel sandwiches are but the beginning of endless, mouthwatering dishes in Jordan that I now long for and try to replicate back at Colgate. While in Jordan, I learned that food has an entirely different meaning than here. Food in Jordan unifies such a complex region commonly referred to as the Levant (comprising Jordan, Syrian, Lebanon, Palestine, and Israel) where staples like olive oil, cucumber, mint, lemon, eggplant, rice, and lentils are common in similar meals around the region. For my Palestinian host-family, food represented tradition and culture where they often distinguished certain dishes as representing their unique Palestinian heritage, often followed by a clarification about how Jordanians would make the dish differently, and finishing by ensuring that I know “it’s still the same dish, we are all brothers and sisters”. Jordan is home to nine million people, where over 1.4 million are refugees. Food has stood as a constant which has simultaneously unified a diverse population and yet showcased individuals unique heritage their dishes manifest in the most subtle ways