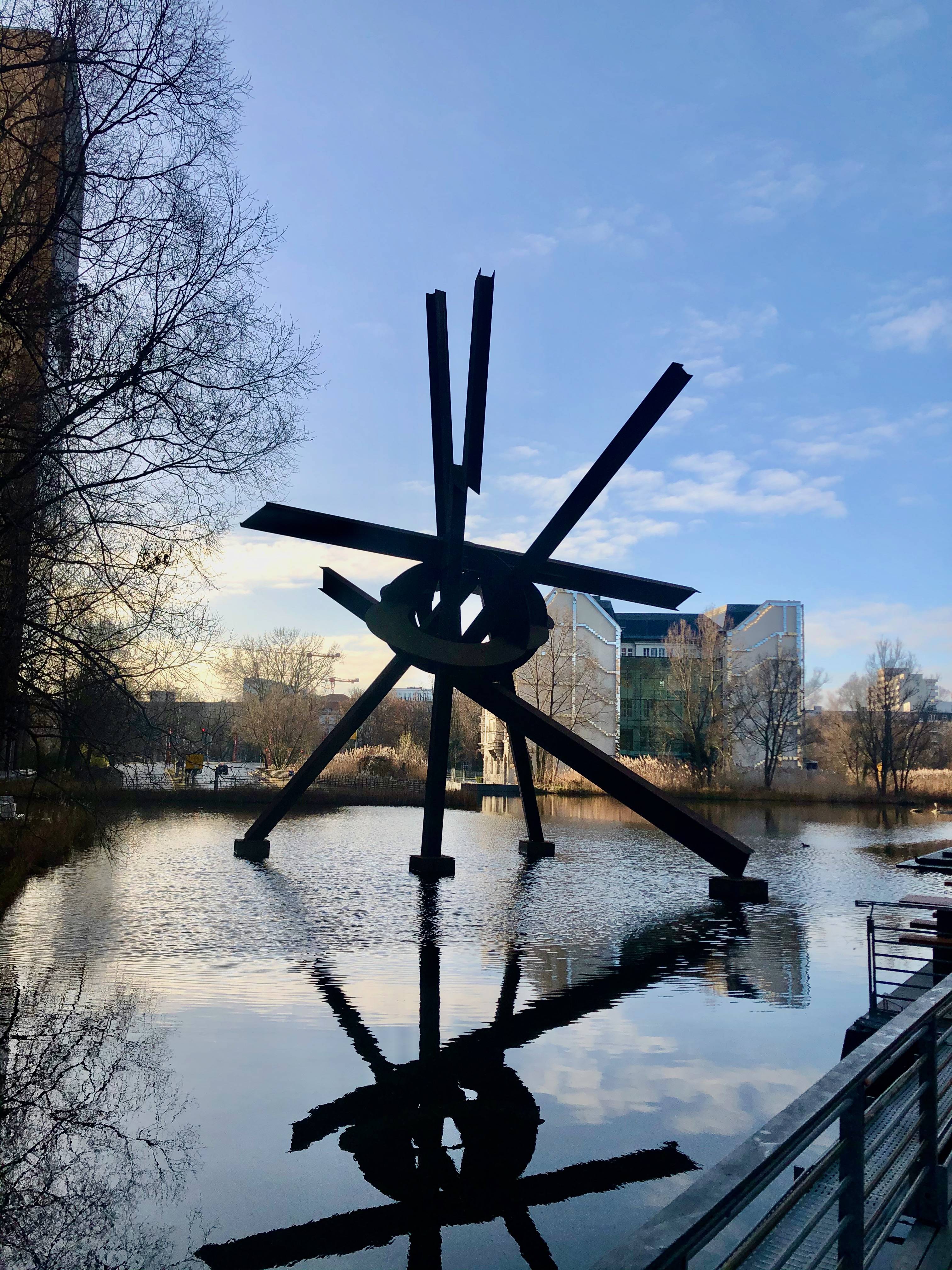 Throughout my time at Colgate, I have spent hundreds of hours in McGregory Hall hunched over textbooks and class notes studying rigorous mathematical theories and models. Many of these models came from the minds of German mathematicians, and the city of Berlin is rooted in rich mathematical history. However, what the liberal arts background of Colgate has taught me, and through my experiences with other students on campus, is that there are social impacts and takeaways of even seemingly unrelated fields such as math. Combining my interests in math and how society can be impacted in surprising ways, I spent five days immersing myself in the city of Berlin and analyzed how math was underlying many societal aspects of the city.

Before the project, I had expected to find a large gender bias in how mathematicians were presented in Berlin’s museums. I visited three different museums in my time in Berlin, and each depicted underlying mathematical concept very differently – Natural History Museum Berlin, German Museum of Technology, and Futurium. What I did not find was a gender bias in their presentations of the minds that studied such math and science. Instead, I found their presentation was largely geared towards application of what these minds created and how they can increase accessibility of these, often times, imposing thought processes. In general, the mathematicians themselves were given credit for their work in subtle ways making the possibility of a gender bias slight. The accessibility and applicative nature of math was more central to each of these museums’ presentation pieces. Greater accessibility and inclusivity allow a greater proportion of society to participate in math, and the application was demonstrated in the streets of Berlin.

This museum was my first stop in Berlin, and it presented very interesting findings in terms of accessibility to math. The museum featured exhibits such as the cosmos, prehistoric dinosaurs, and tectonic plates. However, a huge portion of the square footage of the museum was designed as a workshop setting for people to physically interact with the math they were looking at. The workshops were  designed for the average person to participate in with the goal of providing a less imposing environment, so more people from the general public would feel comfortable learning.

As seen in the second photo, these workshops were staged with visual displays, books and featured hands on interaction with the technology at the museum – 3D printers, examining old dinosaur bones, etc. The third image displays a lounged and relaxed environment for everyone to partake in a video about the cosmos. The workshop settings were utilized for emphasizing how math impacts day to day life. Many featured how mathematical modeling was relevant to societal issues such as climate change, pollution control, and electricity. With such deep ties to mathematical theory, these concepts were perfect workshop material that presented opportunities for society to come together with mathematics. The relationship between the two: how math can and will influence society and societal change

The next stop was the German Museum of Technology as this museum was more specifically tied to math and how it has been historically used. I wondered if this museum would attract less people due to its title, but it had similar participation. Walking through the exhibits, the language used was extremely easy to understand and accessible to many of the children that marveled at the historical airplanes. Again, there were sections of the museum dedicated to workshops where people could interact with the physical parts of an airplane, boat or TV. Many of the descriptions for the building and evolution of the airplanes involved explanations for how engineers used math to build their products. However, in doing so they also explained why the airplanes, and thus the math, were needed. The descriptions of what was going on in society were equally as profound and were a great tie between what was being used mathematically for what was going on in society – whether it be international trade and globalization or world war.

The societal implications of math are presented most subtlety but also most explicitly in this museum. Development of technology rests on mathematical problem solving and the global consequences of such interconnectedness – i.e. industrializing globalization via the airplane – cannot be overstated. The open stations for interactions between museum content and museum guests provide important opportunities for a greater appreciation of the ties between the numbers and the applications.

The final museum I visited was the Futurium which I found to be the most interesting. This museum revolved entirely around sustainability practices. The middle photo captures the main event in the museum. Given the interaction between humans and nature, the complex wood structure possesses thousands of interconnected pieces. The main message: human interventions in nature are largely visible and will continue while humans sustain life. The goal was to get museum visitors to consider the following: “if we see ourselves as part of nature, the preservation of the environment will play a greater role in all our decision-making”.

This structure was designed entirely to represent sustainability action and the societal impacts that climate change threatens us with. When I look at the structure, I am reminded of nature through the wood that it is built of, reminded of humans when I think about the architects who constructed it, and reminded of math when I acknowledge the modeling that took place in the architects’ blueprints. Creating something so unique and so beautiful required rigorous geometry to determine weight distribution and the angles for the interconnected pieces.

I then took my project to the streets of Berlin. What I found were these incredible statues that had meanings deeper than the architectural feats that it took to construct them. On the left is Berlin sculpted by Brigitte Matschinsky-Denninghoff and Martin Matschinsky in 1987. The sculpture features a “broken chain” meant to symbolize the severed connections between East and West Berlin in the Second World War. Remembrance of this period in German history emphasizes how architecture that is rooted in mathematics can serve to embody and commemorate both social unrest and justice.

The image on the right captures Galileo by Mark di Suvero. Galileo himself was a mathematician/astronomer, and the sculpture depicts his evidence of the heliocentric view of the universe. However, other interpretations note that the sculpture freezes a singular moment in instantaneous time. This sculpture challenges people both physically, through its openness and clarity, and emotionally, through its ability to ground one’s thought. To me, this emotional grounding reflects popular mental health movements in today’s society which demonstrates how seemingly unconnected things – heliocentrism and mental health – can still be connected through math and architecture.

This project opened my eyes and challenged me to think critically about what was underlying many of the challenges society faces today. This was an unforgettable experience and made my final winter break at Colgate extremely worthwhile. I was able to immerse myself in a completely new city and apply the holistic education I’ve received at Colgate. This trip will always be one of the best things I have done at Colgate, and I’m excited to carry what I’ve learned forward.