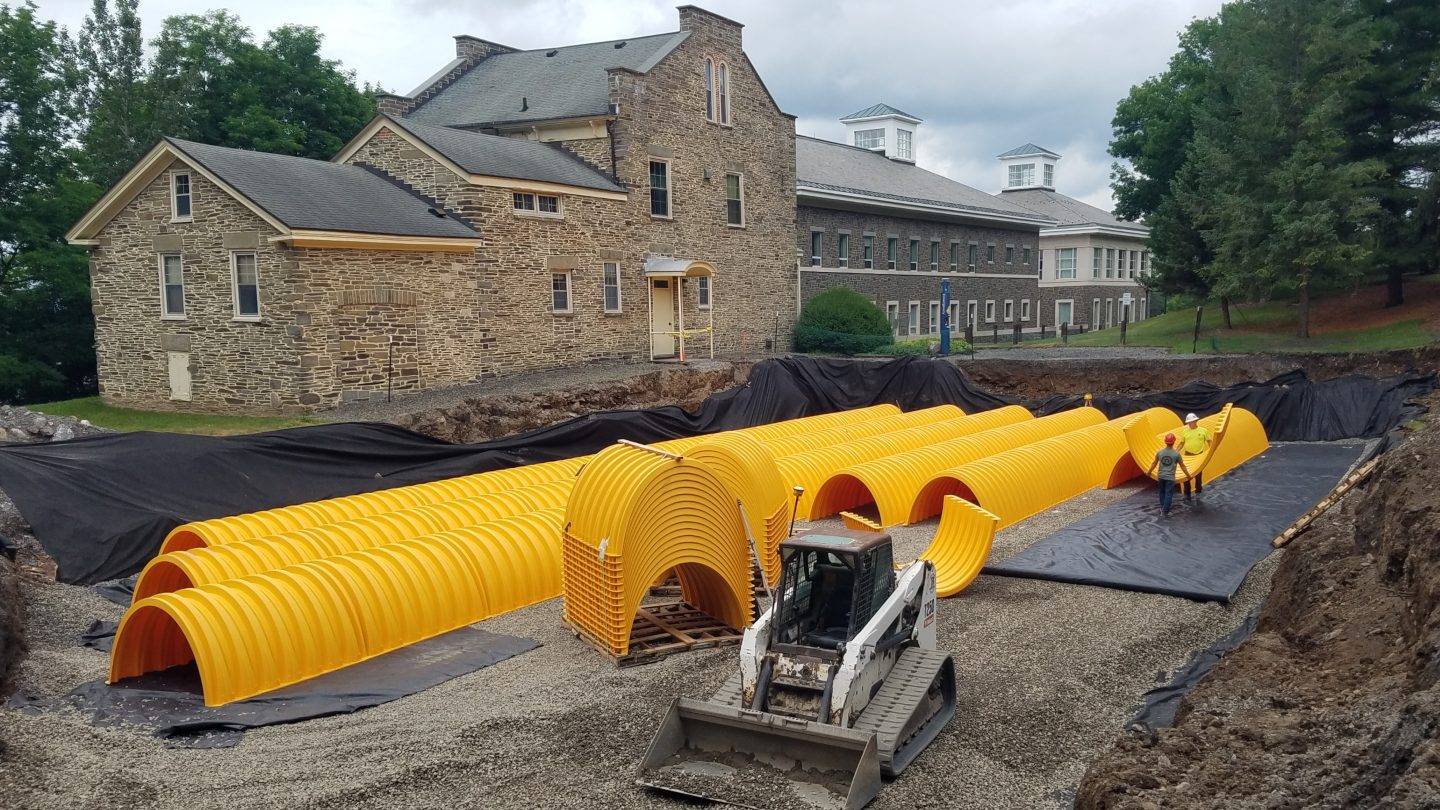 The new Spear House parking lot may look mostly the same as before, but massive stormwater storage chambers hidden 8 feet below the surface — as well as several other improvements above ground — make this project a substantial investment in sustainable infrastructure at Colgate.

The construction crew, led by Landscape Project Manager Katy Jacobs, completed a major excavation of the site and installed the new drainage system over the summer as part of Colgate’s ongoing stormwater management master plan. “We’re working on incorporating green infrastructure,” says Jacobs. The storage chambers, which are the MC-3500 StormTech Chamber product manufactured by Advanced Drainage Systems, look like huge, oblong domes. They are surrounded by drainage stone. The system will act like an enclosed pond — storing stormwater and releasing it gradually into the ravine located just south of the parking lot between Spear House and the stairs between Curtis and Dana. “The system has a storage capacity of more than 150,000 gallons; That’s enough water to raise the level of Taylor Lake by one inch,” she adds. Managing the flow of stormwater will substantially reduce erosion on the hillside and flooding on Lally Lane and Taylor Lake.

Hydrology is the study of the properties of water circulation. According to Jacobs, the stormwater storage system installed at Spear House allows the parking lot to function hydrologically more like greenspace. Stormwater runoff is captured and stored in the ground, enabling sediment and other pollutants to settle out before it is released at a slower, controlled rate. And the system isn’t just for strategically placed parking lots. The same system is installed underneath the Benton Hall parking lot and underneath the new tree-lined oval located between Burke and Pinchin Halls. Colgate Director of Sustainability John Pumilio is enthusiastic about the project, which also included installation of an electric vehicle charging station, LED lighting, and native landscaping. “It’s an example of Colgate’s commitment to sustainability,” he says. “Native plantings will not only reduce surface runoff during heavy rain events, but will also attract pollinators and absorb additional carbon as they mature.” 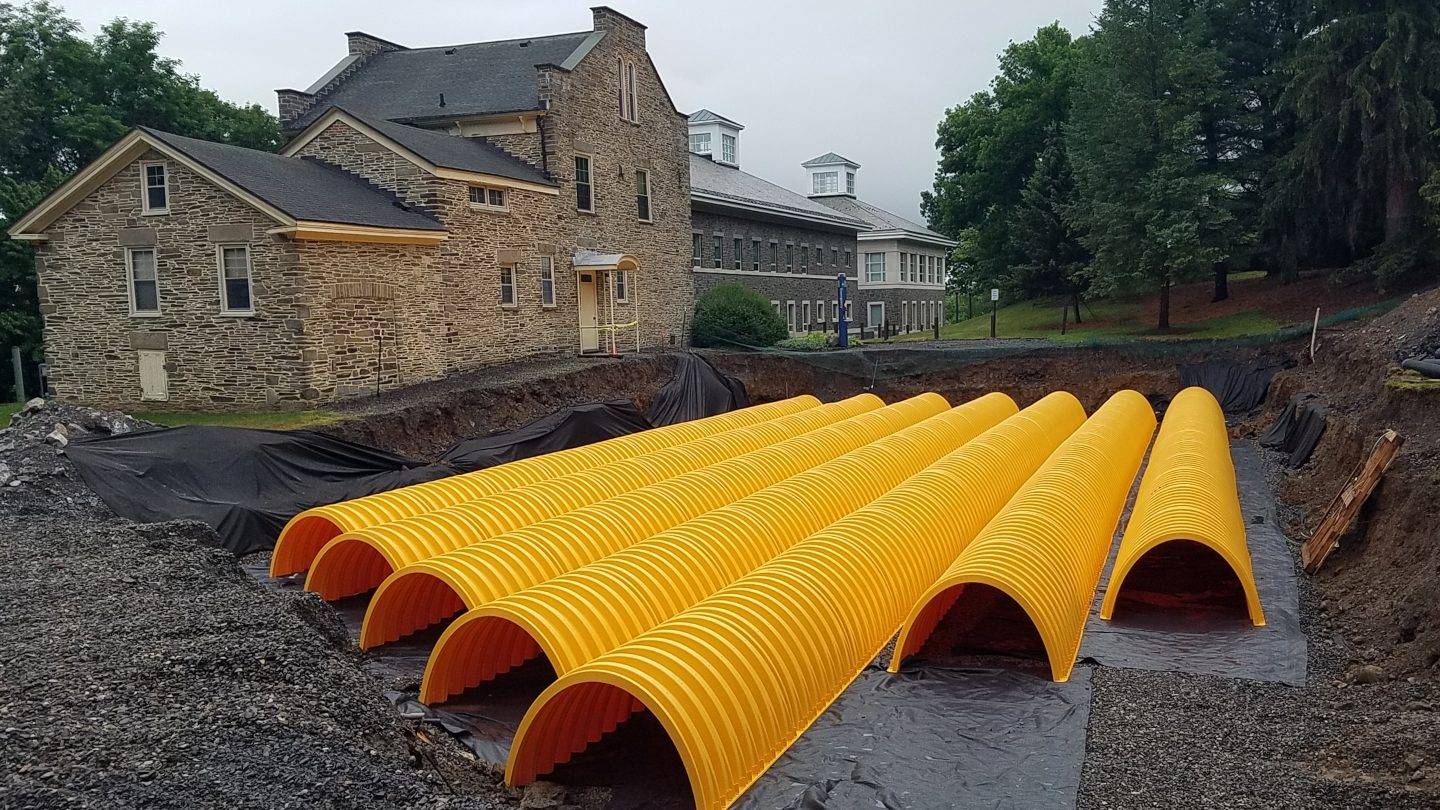 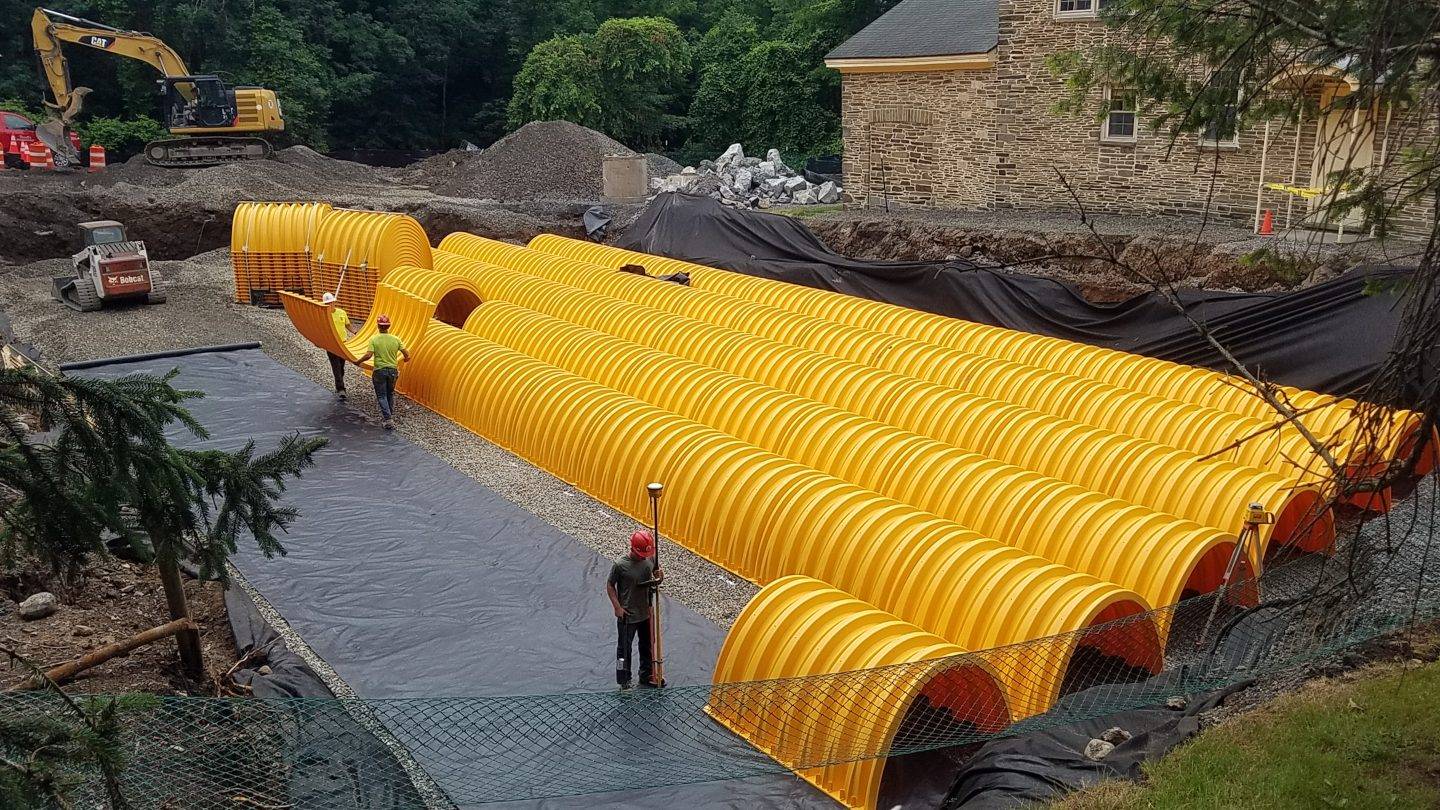 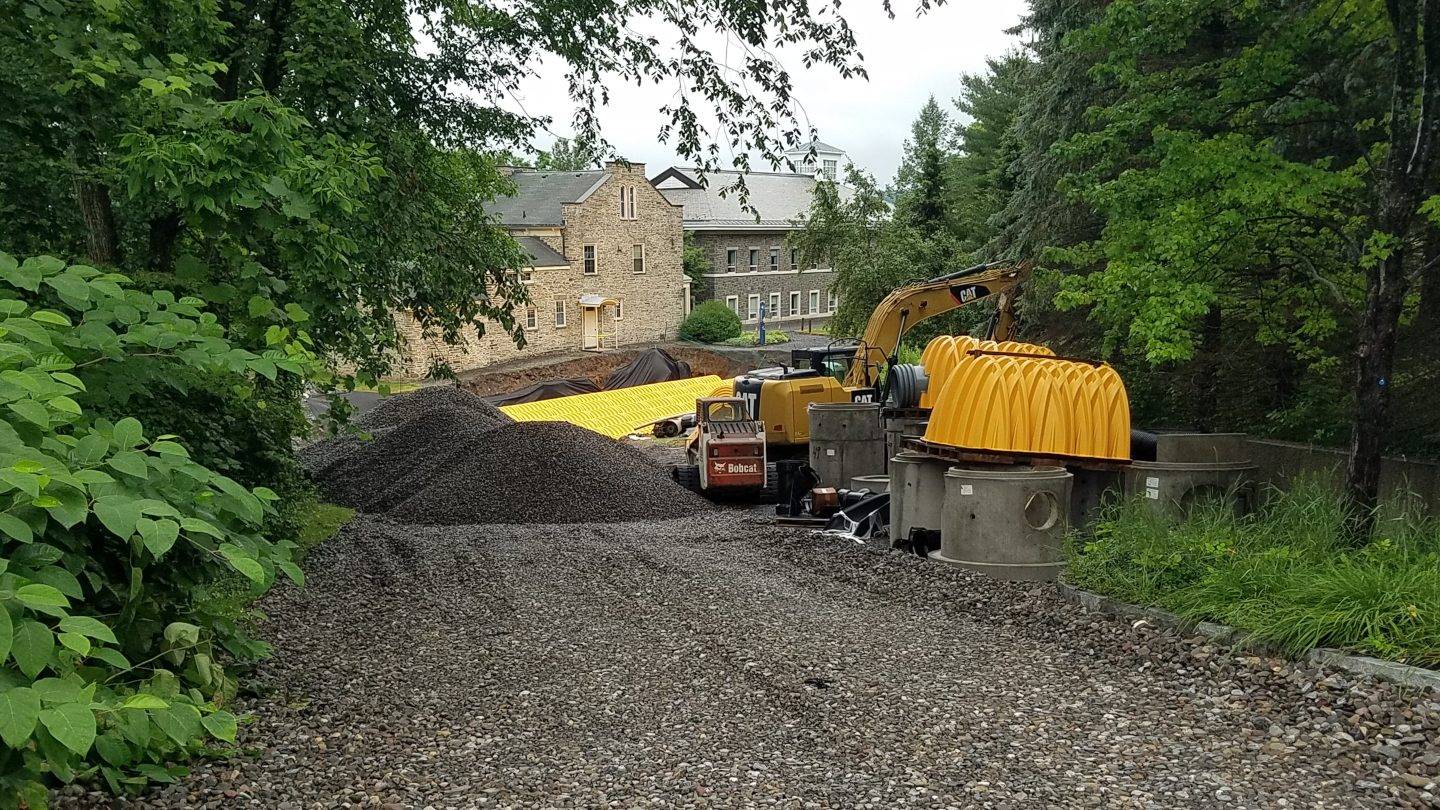 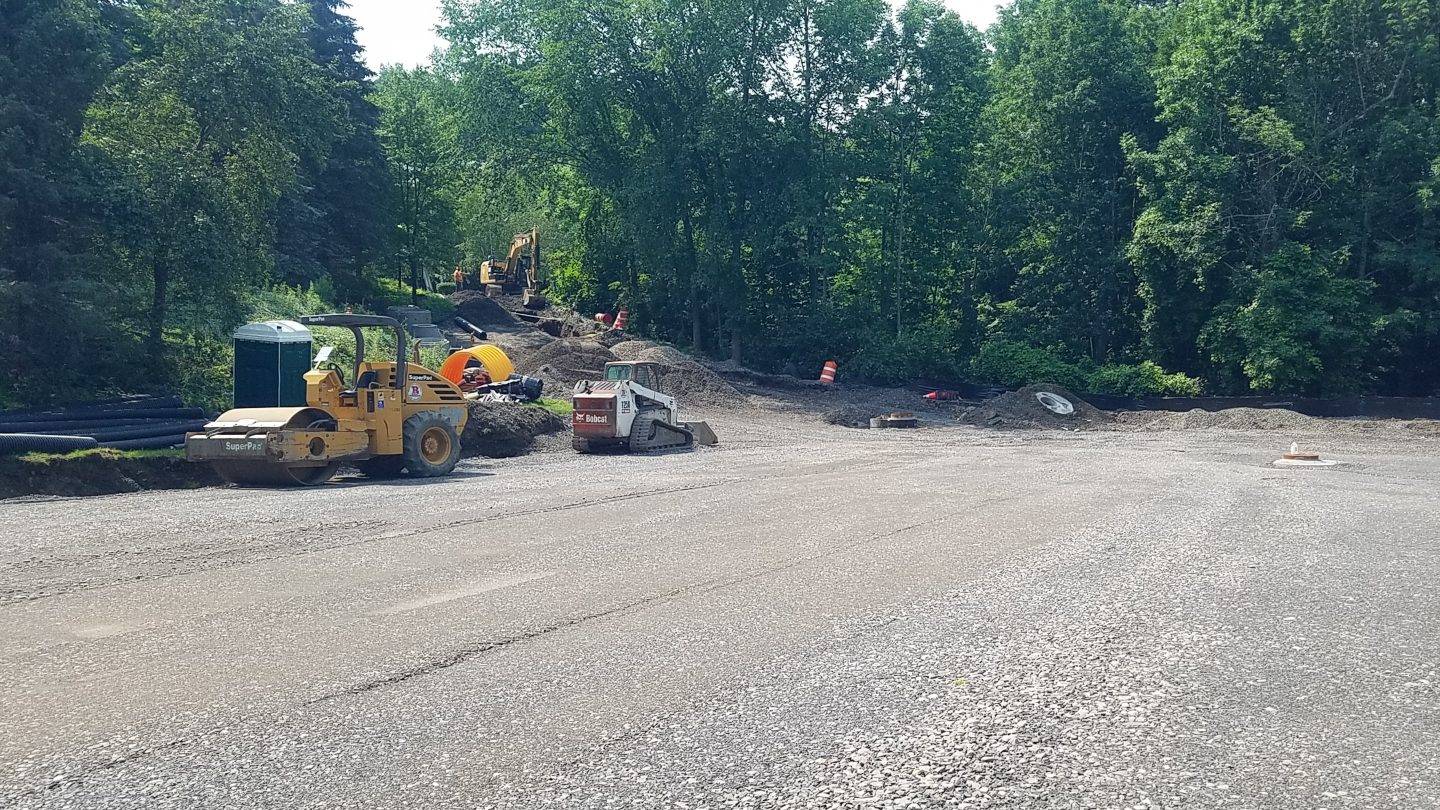