Set in Stone: The Petrified Woods at Colgate 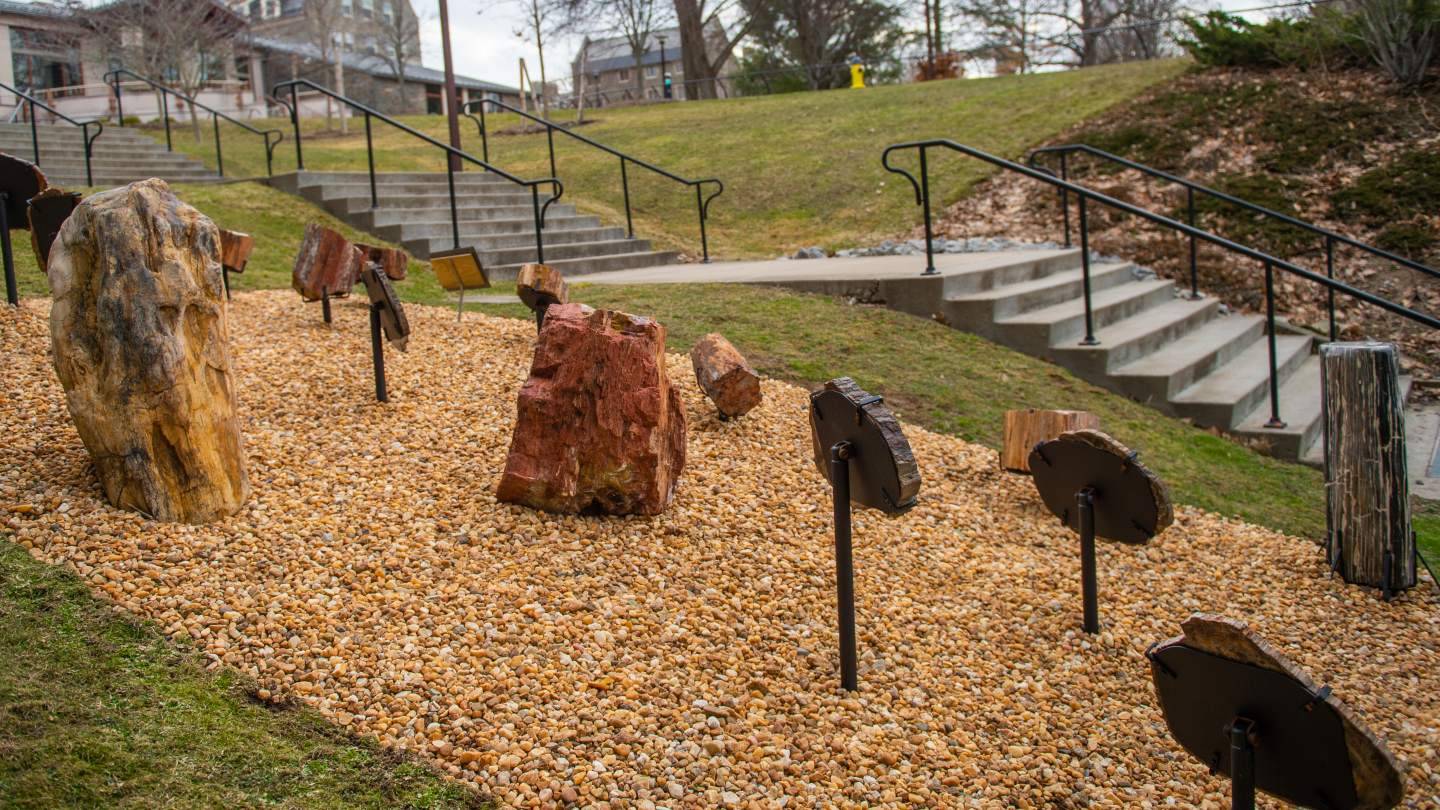 Employees working on campus may have noticed a new, semipermanent installation in the area between the west side of the Ho Science Center and the stairway leading up to the Coop. Conceived by Richard April, Dunham Beldon, Jr. Professor of geology and natural sciences emeritus, and Dianne Keller, senior lecturer in geology, The Petrified Woods is an outdoor exhibit showcasing ancient wood that has been turned to solid rock by the passing of millions of years.

April and Keller are co-curators of the Robert M. Linsley Geology Museum, and with the museum closed during the pandemic, they decided they wanted to create something outdoors that students and staff could enjoy while remaining physically distant.

“We chose petrified wood because it’s stone essentially, it’s life that has turned into stone, and it seemed appropriate to have an exhibit that would show Colgate’s beauty and perseverance through some very difficult times,” says April.

The pieces on display include petrified wood from around the world, such as a black and white tree trunk from Indonesia that was buried in the ash of a ancient volcanic eruption and a stump from one of the oldest trees in the world — found right here in New York State. The installation will be on view until fall 2022. 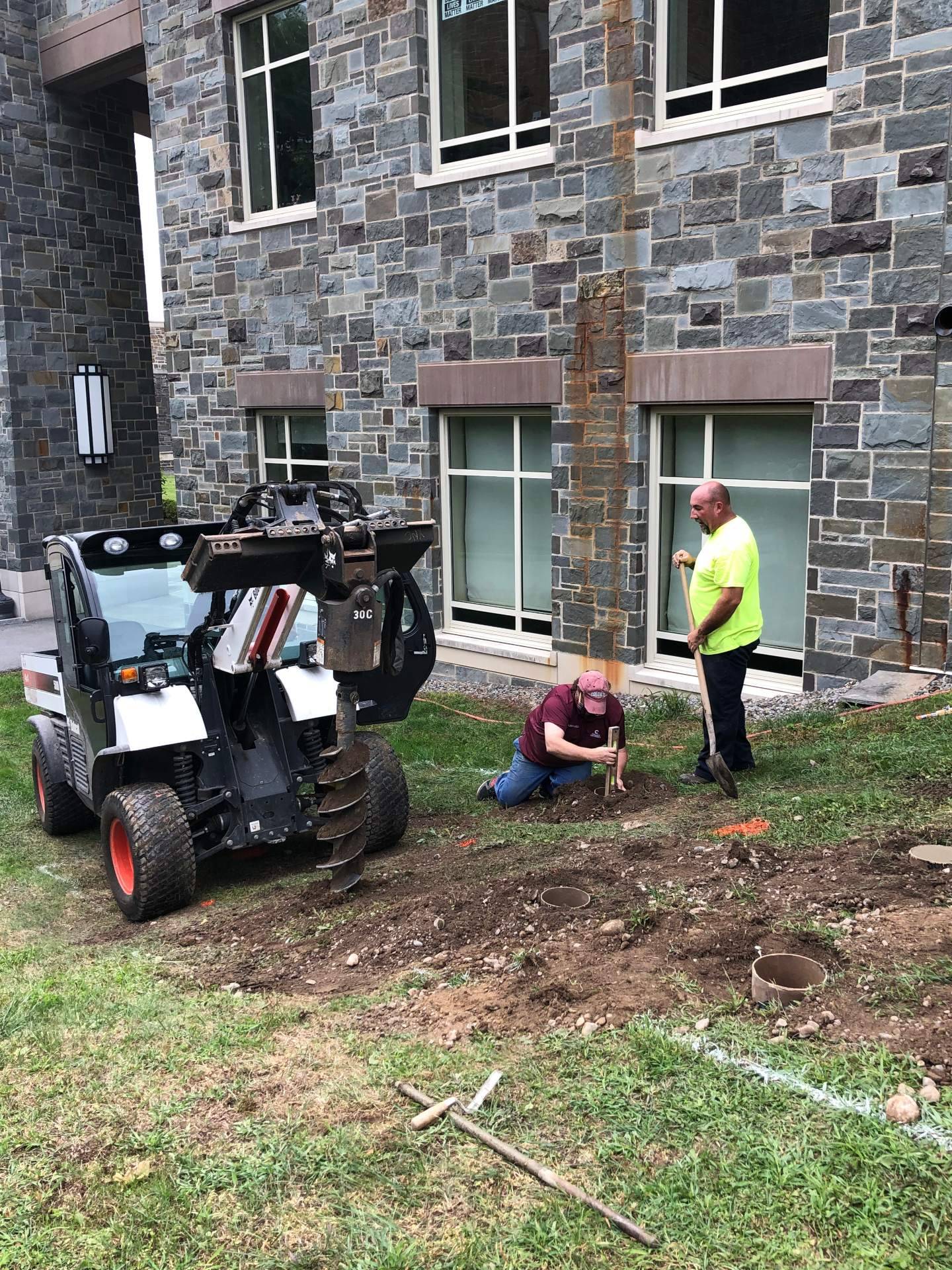 The installation required landscaping, masonry, graphics, and heavy equipment to lift large pieces of petrified wood, some weighing more than 600 pounds. April and Keller collaborated with a dedicated team of colleagues from buildings and grounds and University Printing to realize their vision.

Leonard Zielasko, mason journeyperson, supervised the pouring of 13 cement footings onto which custom fabricated holders for the petrified wood specimens were secured. Jamie Reilly, B&G foreperson, and his crew, including Kevin Abrams, Brent Nolan, Darin Penner, Michael Staudt, and Cody Masset, prepared the plot, laying down four tons of landscaping stone. They retrieved the pallets of petrified wood from Central Receiving and expertly moved the specimens into place, both by hand and using heavy equipment. Bill Northey at Central Receiving was instrumental in coordinating deliveries and storage of the petrified wood specimens, and Michael Holobosky, lead graphic design and digital print specialist, used his graphic design talents for the production of beautiful weatherproof signage for the display.

April and Keller nominated these team members for a Staff Excellence Award, saying, “In this year of the pandemic, when every facet of the University has worked over and above expectations to provide a safe and pleasant environment for our community, we wish to commend all fellow employees for their indefatigable commitment and devotion to excellence during these extraordinary times.”