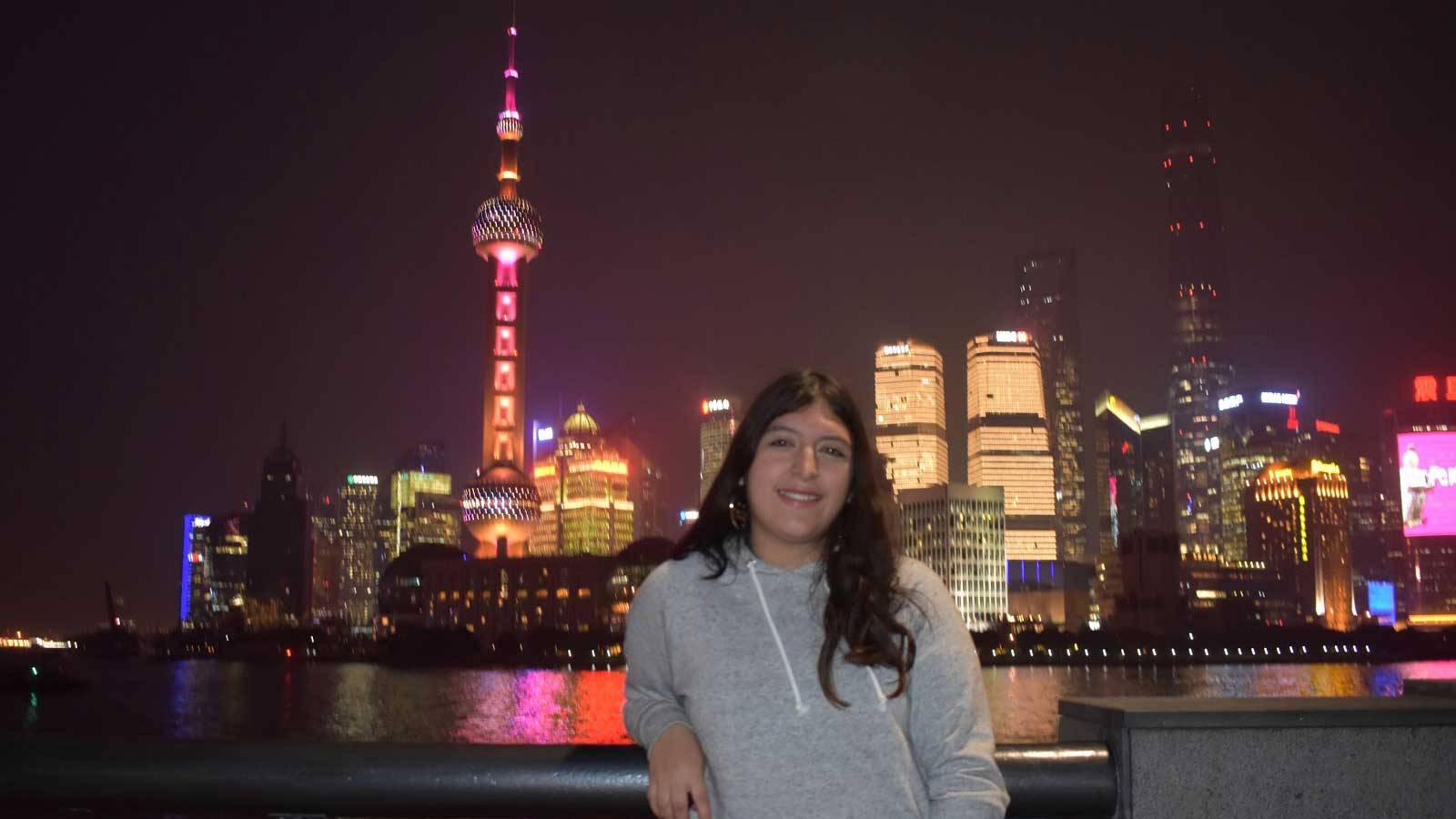 Monica Dimas ’19 spoke with Elizabeth Gonzales about her experience of studying Mandarin Chinese at Colgate.

Did you study languages before coming to Colgate?

No, I did not. My high school only offered Spanish, and I am a native speaker of Spanish. I didn’t have much of an opportunity to learn another language before I came to Colgate.

What language did you start learning here?

What has been your favorite language class on campus?

I would say John Crespi’s “Living in Beijing” Extended Study class, because it made me more interested in learning Chinese. After taking the Extended Study and going to Beijing with Prof. Crespi, I went on his Colgate Chinese Study group, and now he is my advisor. I feel like he has been instrumental in learning the language. In the beginning I struggled a lot, but he was always there to help.

My major is International Relations (I.R.).

Do you see a cross-over between the two fields?

Language study is a requirement for I.R., and most of the time people take a western language such as Spanish. You have to take a 200 and a 300 level course to complete that part of the major. I think studying Chinese has worked well for my major because I like learning about other languages and cultures.

Have you received any scholarships and/or fellowships for language study?

Yes, a few! Scholarships have been so useful for my language study. I received a Gilman Scholarship, which helped me go to China to study Mandarin, and a Lampert Summer Language Scholarship. I also received the Freeman Asia Scholarship. but I was not able to accept it.

What was your study abroad experience like and how did it contribute to your education at Colgate?

I studied abroad in China, and it was a very life-changing experience. I really didn’t know what I wanted to do before I started at Colgate. After studying abroad, I know what I want to do after I graduate. I’m more confident in myself and just a more independent individual.

Do you have any future plans that involve the language you study?

Yes! As a senior I have been applying to a lot of national fellowships and scholarships – for example, Fulbright, Boren, and Princeton Asia. I want to go back to China to keep improving on my Mandarin, and my main goal is to become fluent in the language. The Chinese culture is also something I really feel connected to and I feel like language fluency will help me make a home and career in China. After completing a national fellowship in China, I hope to attend grad school and then pursue a career in East Asia diplomacy and politics. Hopefully that will one day lead to working for the foreign services or the UN.

Lastly, what recommendations would you give someone who wanted to learn the language you study?

I would just say to not give up! Chinese is a difficult language to learn, and it can often be frustrating. Utilize all the resources Colgate has for language study. I think going abroad and immersing yourself in the language and culture is one of the most important thing when learning a language. After returning from China I felt like I was almost instantly better at my classes and more confident. If you surround yourself with people who are constantly speaking the language you’re trying to learn, then you’ll improve rapidly.