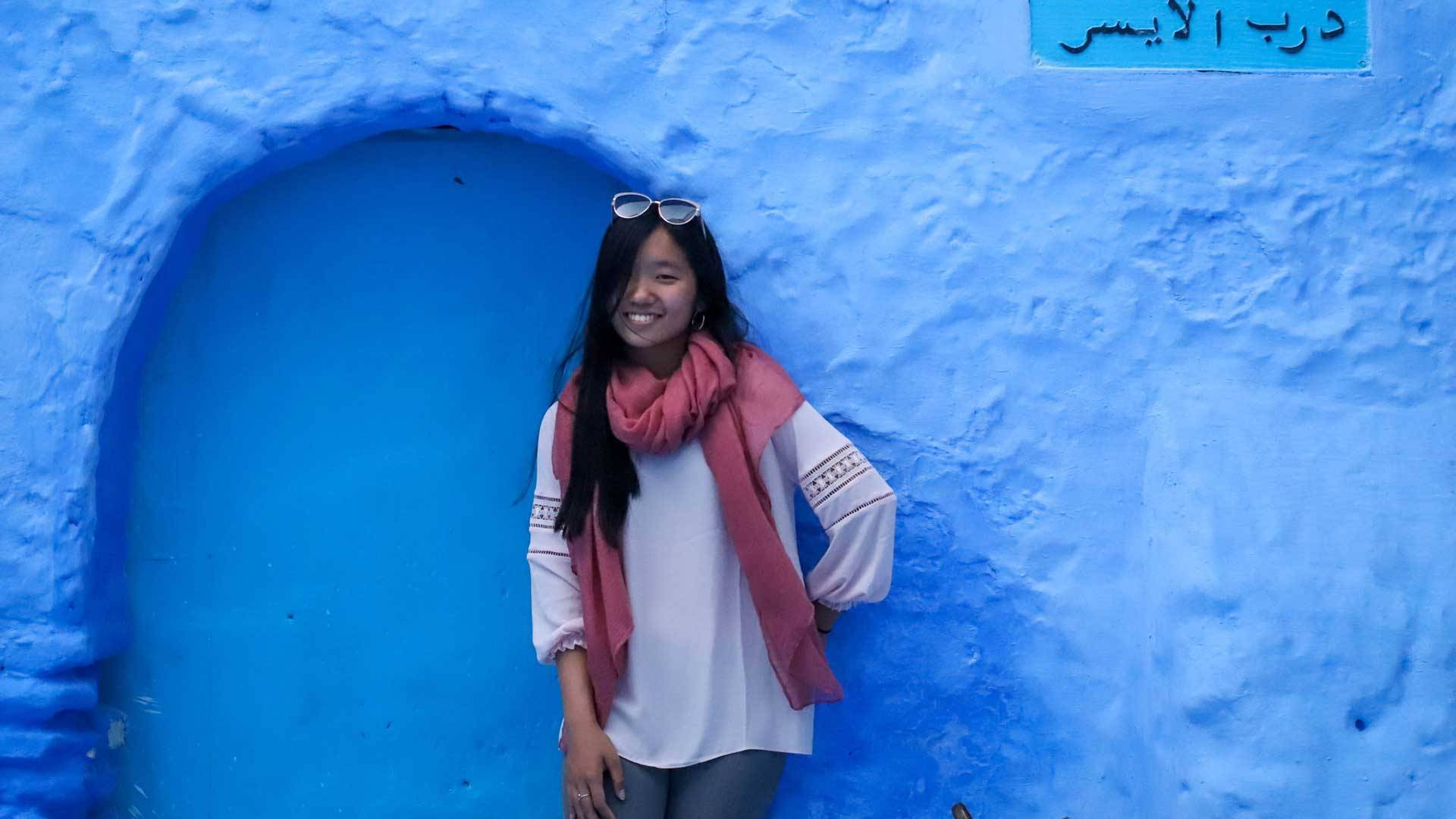 What languages do you speak/study?

I study Arabic here at Colgate. I have also studied Chinese, French, and a tiny bit of Spanish and Italian.

Did you study languages before coming to Colgate?

I grew up bilingual; both my parents are from China. I subsequently took 12 years of Chinese Language schooling as a child and an additional 5 years of French in high school. I attempted to teach myself basic Spanish as a personal project the summer before my senior year, and took one year of basic Arabic before coming to Colgate.

Language study at Colgate is super intensive and fast-paced; I have learned so much more Arabic in three semesters than I ever expected.

Do you have a favorite language class or professor on campus?

The whole Arabic department on campus is amazing.

I am an International Relations major with a double minor in Economics and Middle Eastern and Islamic Studies.

Do you see any crossover between the two fields?

There is a great deal of crossover in all these areas; languages are critical to understanding global affairs and engagement as well as global economics.

Have you been able to study abroad? If yes, what was the experience like? How did it contribute to your education at Colgate?

I went on an extended study trip to Morocco the summer after my first year, and I will also be participating in the Geneva study group in the Spring of 2020. I thoroughly enjoyed my experience in Morocco. It allowed me to immerse myself in the Arabic language, and it positively affected my decision to add a MIST minor. I am looking forward to studying in Geneva and picking back up with my high school study of French. I am planning to study both Arabic and French while abroad, as both languages contribute greatly to my future goals as an IR major.

What recommendations would you give to someone who wanted to learn the language you study?

Do it! Arabic can require a ton of work, but it is all worth it with the amount that you get out of learning the language. Learning a completely new alphabet sounds daunting, but once you start studying Arabic, you’ll get hooked.

Why do you think studying languages is important?

Studying languages is critical for communication and understanding. As a child, I initially hated having to study another language because it felt unfair that I had an additional day of school and extra homework. I did not study Mandarin as well as I should have; and as a result, I sometimes have difficulty communicating with my own relatives. While language is sometimes seen as a “window” to a new world, it can unfortunately be a barrier as well. Realizing the limitations in my knowledge of languages also allowed me to realize its possibilities; this past summer I taught English classes at a language school in China, an opportunity that allowed me to better see the huge impact language can have. I now recognize and fully appreciate its power in connecting people.

What impact do you see language study having for the rest of your life?

I plan to study languages for the rest of my life. I eventually hope to become fluent in at least 5 or 6, but my main goal right now outside of fluency in Arabic is to improve my Mandarin.

Do you have any future plans that involve the language you study?

Although I don’t have set plans for a future career, I hope to be able to utilize Arabic in whatever field I enter.