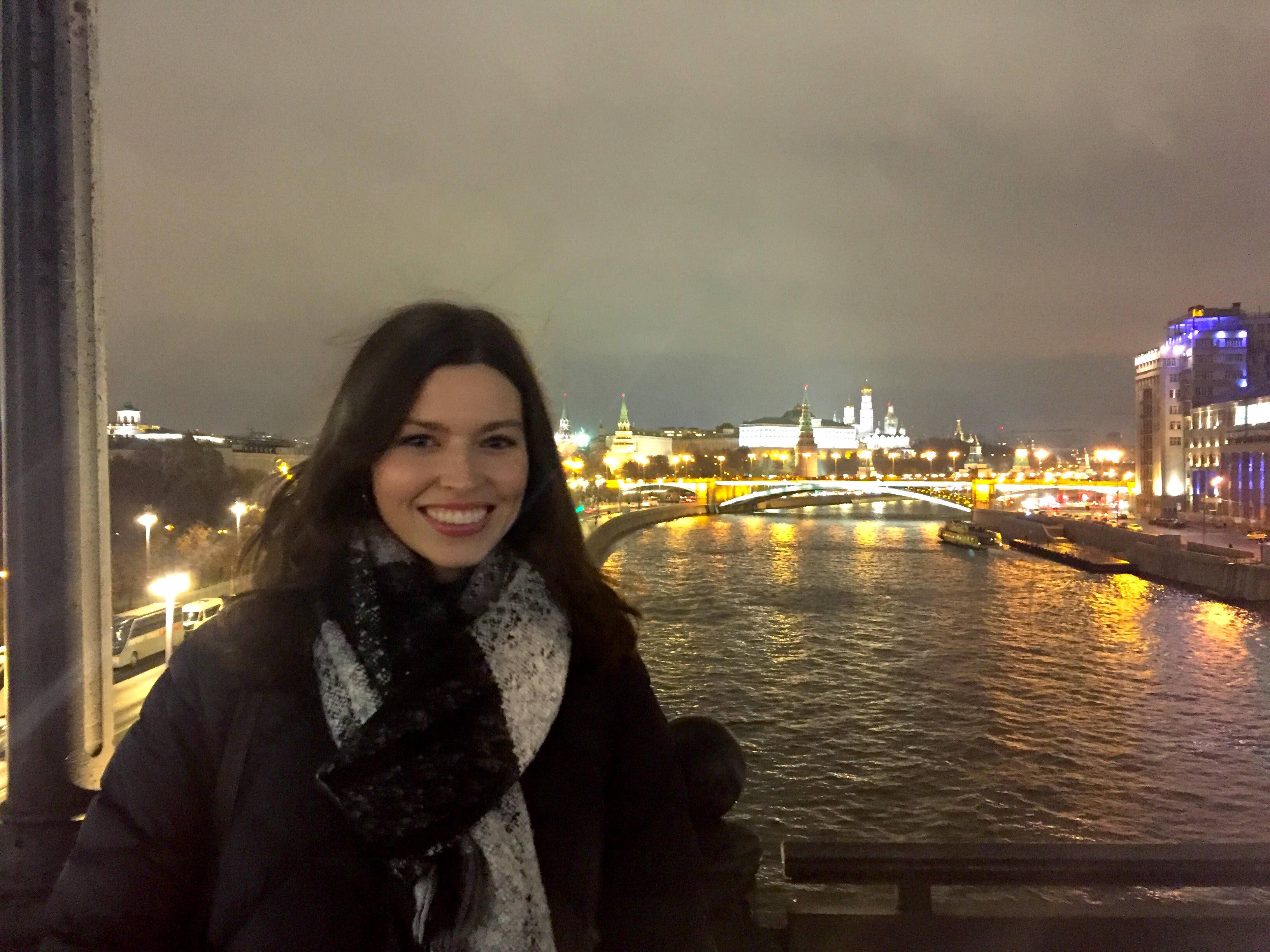 What languages do you speak/study?

I'm studying the Russian language, and I had absolutely no prior experience with the language before coming to Colgate.

Did you study any other languages before coming to Colgate?

In middle and high school I took Spanish language classes.

I think the biggest difference between high school and college language study has just been the language itself. Russian is much more difficult to learn - and easier to forget! But classes meet nearly every day of the week, which helps with retention while taking the class.

What has been your favorite language class or professor on campus?

I think my favorite language class I took on campus was second semester first year Russian with Professor Alice Nakhimovsky, because it was a small class and a fun learning environment.

What else do you study besides languages? Do you see any crossover between your separate fields of study?

My other major is Peace and Conflict Studies. I have focused on 20th century Russia/Soviet Union, so there has actually been quite a bit of crossover between my two majors.

Have you received any scholarships or fellowships for language study? If so, where have you been able to study abroad?

Last year I received a Lampert Language Fellowship, which allowed me to take the the Summer 2017 Russian Language Practicum at Columbia University. This was in an intensive course that helped me to prepare for my fall semester in Moscow on a Middlebury College program.

What was your study abroad experience like? How did it contribute to your education at Colgate?

My study abroad was difficult but rewarding, as I had to sign a Language Pledge and all of my classes were in Russian. I also lived with a Russian woman who spoke little to no English.

Why do you think studying languages is important?

I think studying language has always been very important, but especially now since we live in such a global world. Moreover, because of the U.S.'s current relationship with Russia, learning Russian can be extremely valuable in many ways - if only to allow us to empathize with the Russian people.

What impact do you see language study having for the rest of your life? Do you have any future plans that involve the language you study?

I am not absolutely sure what I want to do yet, but I hope to do something involving peacebuilding or diplomacy in the future.