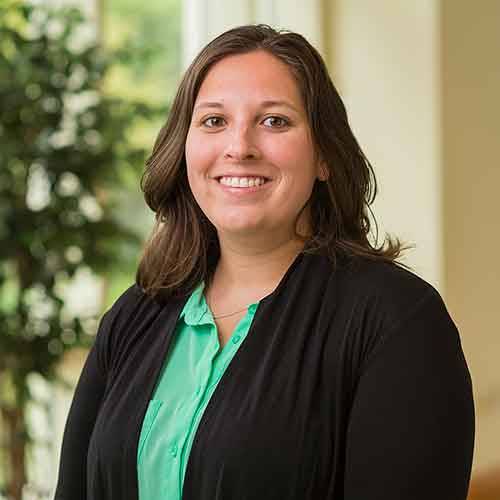 Originally from Bayonne, NJ, Victoria joined the Colgate University community in July 2018.  She completed her Master's Degree in Higher Education from Kutztown University of Pennsylvania in 2018 and completed her B.A. in German Studies & Psychology in 2015. Victoria is an alumna member of Alpha Sigma Alpha.

Victoria has several years of experience in Residential Life at Lafayette College, Moravian College and had an internship at Worcester Polytechnic Institute; she has additional experiences in student affairs, including Gender & Sexuality Programming, Orientation, and Greek Life. Additionally, she worked in Academic Support at Kutztown University assisting students who were in academic jeopardy. Her passion for working with college students stemmed from her experience as a first-generation college student.

Victoria is a live-in staff member and resides in the Townhouse community with her husband Matt, who is a mariner in New Jersey, her cat named Koda, and her dog named Ahsoka (named after a Star Wars character). Victoria can be seen at midnight premiers for Marvel films, and she loves Harry Potter, Star Wars, Game of Thrones, and many other "nerd" things. Victoria enjoys scuba diving, animals, knitting, and trying new things.