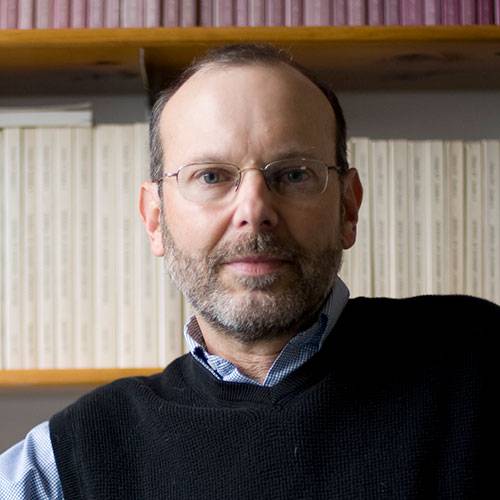 In my research, I try to understand the behavior of modern capitalist economies by drawing on multiple intellectual traditions, not restricted to the neoclassical orthodoxy that dominates the economics profession. The traditions that I find most helpful include the Classical economists (Adam Smith, David Ricardo, and Karl Marx) and the Keynesian economists (John Maynard Keynes, Joan Robinson, Michal Kalecki). In my opinion, it is important to practice methodological pluralism by remaining open to the rich diversity of thought in economics. In my teaching, I try to expose students to multiple perspectives so that they can make up their own minds about how the world works.

Most of my research and teaching interests focus on macroeconomic questions. I co-authored (with Duncan K. Foley) a text, Growth and Distribution, almost two decades ago. We have recently revised Growth and Distribution, Second Edition to incorporate new developments in economic theory (some of it actually initiated by the first edition) and new patterns of economic growth in the era of neoliberal capitalism.  We have invited a third co-author to join us, Daniele Tavani, who represents a new generation of scholars influenced by the first edition.  The text has a webpage, this is the publisher's website, and you can read reviews on Amazon.

Research from this project resulted in my book, Capitalists, Workers, and Fiscal Policy: A Classical Model of Growth and Distribution as well as a series of journal articles in recent years.  This book focuses on understanding fiscal issues like the national debt or the social security system in the context of the class structure of modern capitalism. To illustrate how pluralism works, the basic model combines the life-cycle theory of saving drawn from neoclassical economics with a two-class structure drawn from Classical and Keynesian economics.  Since the economic crisis that began in 2007, I have gotten more interested in understanding the nature of neoliberal capitalism, including its financial superstructure. This work has influenced our revision of Growth and Distribution in a substantive way.

My most recent work has focused on incorporating hysteresis in the conventional macroeconomic model that is the foundation for most teaching and policy making.  Hysteresis is the idea that a shock, such as the Great Recession of 2008, has long term supply effects, permanently lowering the level of employment and output unless there is a policy effort to repair the damage.  The latest published paper on this topic was co-authored with a student, Kayla Oliver '17.  These two papers are summarized here.

In this same category, Daniele Tavani and I have worked on how a pandemic shock will affect the economy in the long run using a classical growth model that has its roots in our book, Growth and Distribution, Second Edition.  The model we develop also explains the aftereffect of the 2008 Global Financial Crisis, sometimes called "secular stagnation."  We think the COVID-19 shock may well deepen the stagnationist tendencies already present.

Finally, having published one paper on the economics of the minimum wage that received some attention (the Otto Eckstein Prize), I have kept abreast of research on the effects of legislation in this area, and have contributed regularly to the public conversation about wage policy including testifying before government panels.

Editorial Board, ​Review of Political Economy​

Member of Editorial Collective for Special Issues on Value Theory, Empirical Work on Marxian Crisis Theory, and David M. Gordon Memorial Issue.  Formerly on the editorial board of ​Metroeconomica​.

Path Dependence and Pandemics in a Classical Growth Model

Profit-led Growth and the Stock Market

Capitalists, Workers, and Thomas Piketty's Capital in the 21st Century

Review essay on The Elgar Companion to Marxist Economics, by Ben Fine,
Alfredo Saad-Filho, editors, with Marco Boffo in Journal of the History of Economic Thought, Vol. 36, No. 3 (Summer 2014).

"A Model of Fiscal and Monetary Policy," in L. Taylor, A. Rezai, and T. Michl, eds. Social Justice and Economics: Critical Economic Theory in the Spirit of Duncan Foley, (Routledge, 2012)

"Finance as a Class? Review of The Crisis of Neoliberalism by Gerard Dumenil and Dominique Levy, New Left Review, 2011.

Capitalists, Workers, and Fiscal Policy: A Classical Model of Growth and Distribution, (Harvard University Press, 2009).  See a review of the book by John McCombie.