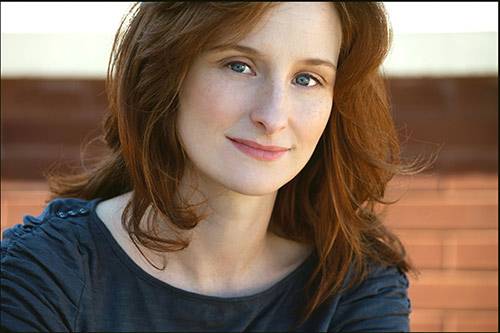 April Sweeney is an actor and theater maker originally from Dallas, Texas. She holds a bachelor of fine arts in acting from Marymount Manhattan College and a master of fine arts in acting from Columbia University.  She has performed internationally in theaters and festivals in Argentina, Belgium, Bolivia, Colombia, Costa Rica, France, Ireland, and Hungary. In the United States she has performed in regional theater,  a national tour, off-Broadway and downtown New York theater over the past decade.

Projects in development include a 4 episode trans-media, performance member entitled I DIGRESS: The Intimate Insights of a Childhood Weirdo by Sauda Jackson, Expanse of the Hudson River as Painted by Thomas Cole (an adaptation of Djuna Barnes' first novel Ryder), and a festival of works by Romina Paula.

2022    New York City Women's Fund for Media, Music, and Theatre award by the City of New York         Mayor's Office of Media and Entertainment in association with the New York Foundation of the Arts for post production of I DIGRESS: The Intimate Insights of a Childhood Weirdo.

2022    New York State Council on the Arts (NYSCA) for development of I DIGRESS: The Intimate     Insights of a Childhood Weirdo.

2018    National Endowment of the Arts (NEA) Literature Translations Collaboration Fellowship
with Brenda Werth for the translation of Fauna into English by Argentine playwright Romina Paula.