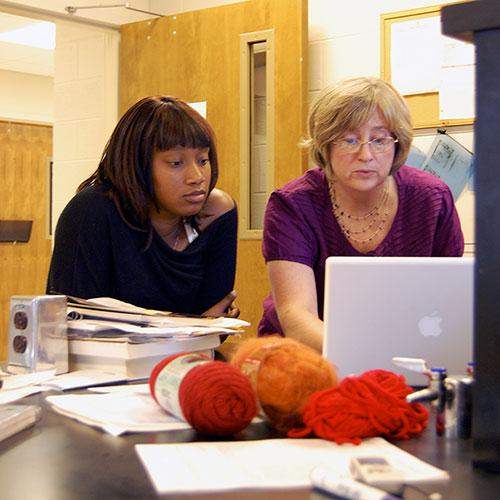 My goals in the classroom and laboratory are to guide students to self-learning. The best way to learn is to do, so my courses are designed to maximize the doing, whether it be problem solving, designing experiments in the laboratory, or investigating ideas in the literature of biology. The courses I teach include Introductory Biology, Cell Biology, Human Physiology, Comparative Physiology, a context-based introductory course for non-majors on the topic of extreme biology, and a research course on animal adaptations to the environment.

Introductory Biology is a critical course in the curriculum of early science students. Traditional courses at the introductory level have focused on surveys of life on Earth or overviews of the entire field. One of my interests is in developing teaching materials for introductory students that focus on the theme of evolution -- the concept that informs all of biology -- and presents the field as a series of interconnected concepts.

With coauthors Larry Underwood and Bill Surver, I have written a textbook that remains true to these ideals. BioInquiry is published by John Wiley and Sons. The first edition came out in January of 2000, the second edition appeared in 2003, and the third edition was released in 2005.

In addition, I have written a problems workbook and student study guide that accompanies Cell Biology: A Molecular Approach by Gerald Karp. The fifth edition of that workbook appeared in 2007.

Faculty, ITS, Libraries offer taste of what technology can do to enhance instruction
Read More