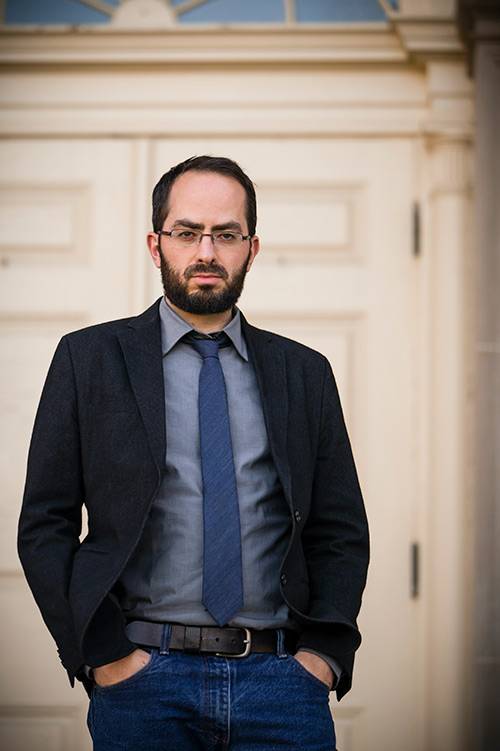 Using a historical and geographical approach to the entangled constitution of social and ideational orders, my research explores representations of organized violence and forms of foreign intervention in armed conflicts, primarily in Northwest Africa and Southwest Asia — the so-called MENA region.

I have conducted fieldwork in Algeria, Libya, Morocco, and Western Sahara, as well as related local and imperial archives.

The Post-conflict Environment: Investigation and Critique, coeditor with Daniel B. Monk, University of Michigan Press, Series in Global Urban Studies, 2014.

“A Theory of the Middle East: Oil for Insecurity, Permanent War, and the Political-Economy of Late Imperial America” in Between Catastrophe and Revolution: Essays in Honor of Mike Davis, edited by Daniel Bertrand Monk and Michael Sorkin (New York, N.Y.: Urban Research): 193–206.

"Bringing the tribe back in? The Western Sahara dispute, ethno-history, and the imagineering of minority conflicts in the Arab world," in Minority Rights and Multiculturalism in the Arab World, Will Kymlicka and Eva Pföstl (eds), Oxford University Press, 2014: 127-150.

Podcast, "Why is the 'everywhere' war mostly in the Middle East and North Africa?," Maghrib in Past and Present (July 15, 2020), https://www.themaghribpodcast.com/2020/07/why-is-everywhere-war-mostly-in-middle.html

"Why ‘too many cooks in the kitchen’ could inhibit a peace deal in Libya," The Conversation (January 23, 2020), http://theconversation.com/why-too-many-cooks-in-the-kitchen-could-inhibit-a-peace-deal-in-libya-130391

"Libya conflict boils down to the man driving the war – Khalifa Haftar," The Conversation (April 10, 2019), http://theconversation.com/libya-conflict-boils-down-to-the-man-driving-the-war-khalifa-haftar-115192

"The collapse of oil for insecurity: Why Venezuela’s turmoil and the Khashoggi crisis portend an even darker geopolitics of oil," Africa is a Country (March 24, 2019), https://africasacountry.com/2019/03/the-collapse-of-oil-for-insecurity

"Why Libya’s new elections might not put the country back on track," The Conversation (June 6, 2018), http://theconversation.com/why-libyas-new-elections-might-not-put-the-country-back-on-track-97700

Keynote Address, “The End of the Ceasefire and Its Consequences,” Symposium on Western Sahara: Between Colonialism, Imperialism, and Self-Determination, Freiheit für die Westsahara e.V, April 23, 2021, online.

Paper, “Why is the ‘Everywhere War’ mostly in the Middle East and North Africa?,” Western Interventions in the Wake of Arab Uprisings: Political Containment, Neoliberalism, and Imperial Legacies, Workshop, Middle East Center and School of Global and Area Studies, Oxford University, February 23-25, 2021, online.

Concept Paper, “Development and Global Security,” Governance and Local Development in the Middle East and North Africa, workshop, organized by the Department of Political Science at the University of Gothenburg, held in Sarajevo, August 7–9, 2019.

Co-organizer and co-chair, Making Space in the Maghrib, 30th Annual Conference of the American Institute for Maghrib Studies, funded by the Council of American Overseas Research Centers, Djerba, Tunisia, July 8–9, 2017.

Paper, “Towards a Political Economy of State Failure in Libya,” Extremism, Security, and the State in Africa, Institute for African Development Symposium, Cornell University, October 29, 2016.

Talk, “From ‘State of the Masses’ to State of the Martyrs: Rethinking Libya,” Arab World Studies Program, American University, April 11, 2016.