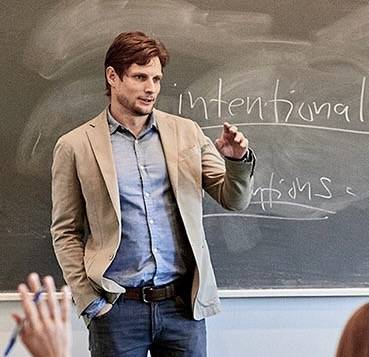 I am interested in ancient ethics and moral psychology generally, but especially as they relate to questions about the objectivity of norms and value. I have recently published two longer papers on some of the central features of Stoic ethical theory. One of these argues for an epistemic account of the value and disvalue the Stoics assign to so-called indifferents; the other reconstructs the Stoic theory of oikeiôsis to show how it supports Stoic claims about the human good. The latter paper, "The Stoic Argument from oikeiôsis," was selected by The Philosopher's Annual as one of the ten best articles published in philosophy in 2016.

I am currently working on a book manuscript (The Ethics of the Older Stoics) that connects the conclusions of these papers to the Stoic theory of motivation and the details of Stoic moral psychology. I am also co-editing The Oxford Handbook of Hellenistic Philosophy with Nathan Powers (SUNY Albany), and Nathan and I are writing a book on The Stoics for Routledge's Great Philosophers series.