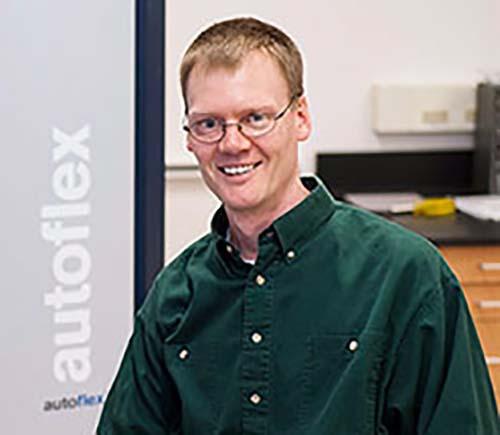 Research in the Geier laboratory is directed towards investigation of methods for the preparation of a variety of porphyrinoids. Successful syntheses facilitate studies of porphyrinoid properties such as stability, spectroscopy, metal binding, and catalysis.

Porphyrins perform diverse functions in Nature (Figure 1). For example, the characteristic red color of blood and green color of plants are due to porphyrinoids (heme and chlorophyll, respectively). The rich array of porphyrin function arises from the variety of ways in which  macrocycle properties can be fine-tuned. The identity of the central metal ion and axial ligands are important. The protein matrix surrounding the porphyrin ring also influences macrocycle properties. And of particular interest to our research group, the core structure of the porphyrin can be substituted, reduced, heteroatom modified, isomerized, expanded, and/or contracted relative the prototypical porphyrin structure. 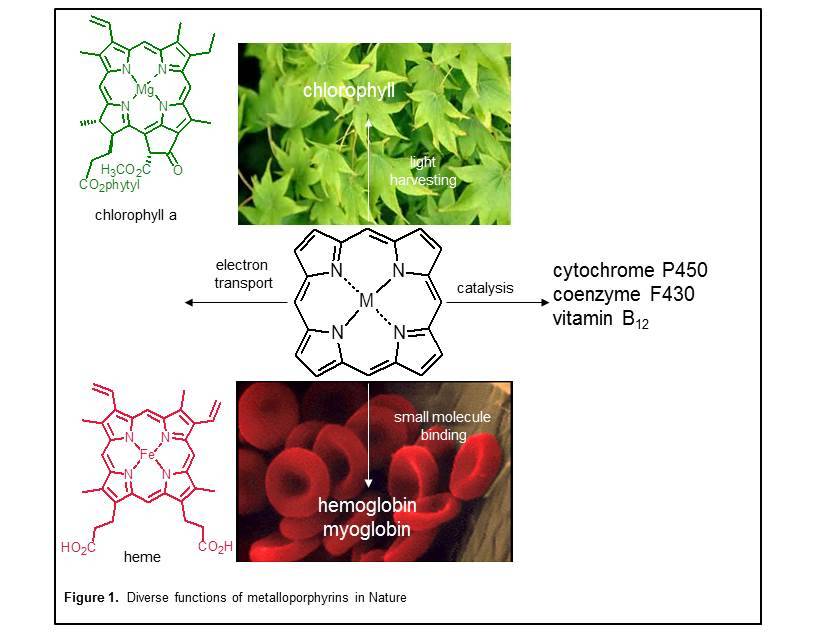 Structural alterations to the porphyrin macrocycle gives rise to a large family of molecules that display a wide range of complementary properties (Figure 2). Some of the general structures shown in Figure 2 are found in Nature. Others have been created in the laboratory in an effort to produce porphyrinoids of fundamental interest, and materials useful for a wide range of commercial applications including molecular electronic devices, solar energy, photodynamic cancer therapy, ion selective sensors, and catalysis. 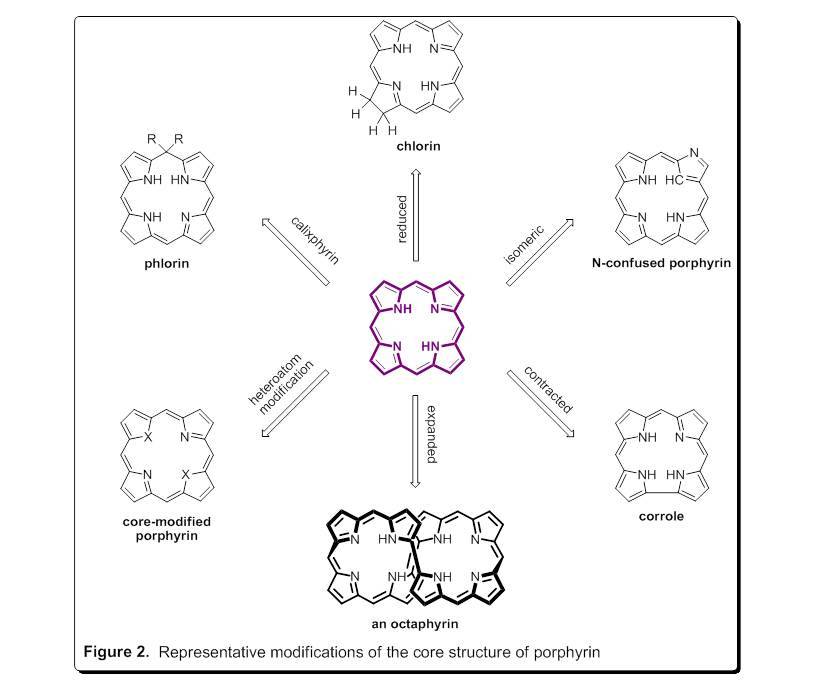 In the Geier research group, we have a number of ongoing projects involving many of the porphyrinoids shown in Figure 2. Presently, we are exploring the series of compounds shown in Figure 3. The central core of the porphyrinoids differ in subtle, but profound ways which impact metal binding and properties of the metal chelates. To forward these efforts, our group has contributed methodology for the preparation of corroles (J. Org. Chem. 2004, 69, 4159-4169), phlorin (J. Org. Chem. 2007, 72, 4084-4092; J. Org. Chem. 2016, 81, 5021-5031), and 5-isocorrole (J. Org. Chem. 2010, 75, 553-563).  Recently, we reported a streamlined, one-flask synthesis of an N-confused porphyrin bearing pentafluorophenyl substituents (J. Org. Chem. 2017, 82, 4429-4434). The phlorins prepared by our group are noteworthy as they are among the most stable phlorins known towards degradation in light and air. Metal coordination of a 5-isocorrole has been investigated in collaboration with the Ziegler group at The University of Akron (Dalton Trans. 2011, 40, 4384-4386). Magnetic circular dichroism studies have been performed on transition-metal complexes of the perfluorophenyl-N-confused porphyrin in collaboration with the Nemykin (University of Manitoba) and Ziegler groups (J. Phys. Chem. A.2017, 121, 3689-3698). Further studies of the coordination chemistry of these porphyrinoids are ongoing. We also continue to target additional novel porphyrinoids in our synthetic investigations.

Please make an appointment with Professor Geier to discuss current research opportunities in the Geier laboratory.

Excellent reviews of many topics germane to this research may be found in The Porphyrin Handbook, Kadish, K.M.; Smith, K.M.; Guilard, R., eds. Academic Press, 2000; and in The Colours of Life, Milgrom, L. R., Oxford University Press: New York, 1997.

Asterisks indicate undergraduate student co-authors who conducted their research in collaboration with a faculty member at Colgate.