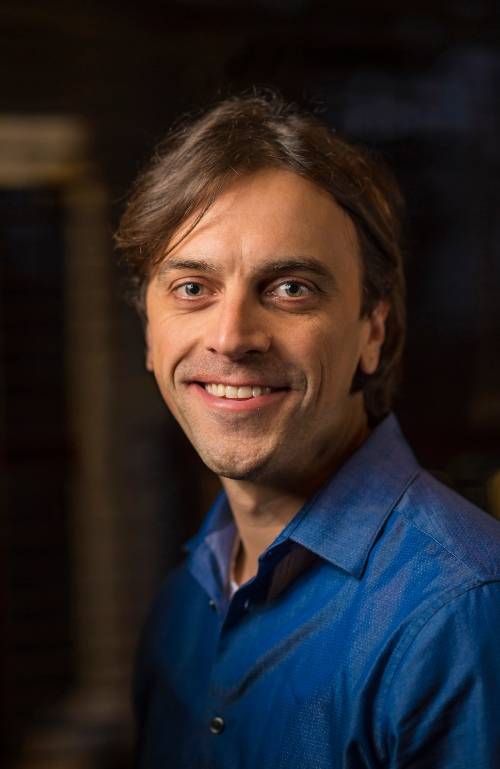 In his new book, Building a Religious Empire: Tibetan Buddhism, Bureaucracy, and the Rise of the Gelukpa (UPenn Press, 2020), Sullivan utilizes constitutions written for Buddhist monasteries as well as Chinese and Tibetan historical materials to uncover the role of Buddhist prelates in legislating and administering their monasteries. This historical output of constitutions and other documents contributed to the creation of a network of homogenous religious beliefs and practices that stretched thousands of miles across Tibet and Inner Asia.

Sullivan’s new book project, “The Golden Bridge between China and Tibet,” has been funded by the Fulbright Scholar Program as well as the Chiang Ching-kuo Foundation. This project aims to consider the efforts of early Geluk missionaries and local Mongolic patrons on the frontiers between China, Tibet, and Mongolia, figures whose contributions to history have been overshadowed by later “great men” such as the “Great Fifth” Dalai Lama (1617-1682). The first essay resulting from this research is entitled “The First Generation of Dge lugs Evangelists in Amdo: The Case of ’Dan ma Tshul khrims rgya mtsho (1578-1663/65),” which will be published at Études mongoles et sibériennes, centrasiatiques et tibétaines.

Two other concurrent projects are, first, translating a Tibetan-language book manuscript on the history of the Monguors and, second, a social network analysis of two major Geluk prelates from northeastern Tibet, Tuken Lozang Chökyi Nyima (1737-1802) and Kungtang Könchok Tenpé Drönmé (1762-1823).

Professor Sullivan teaches courses pertaining to religions in East Asia (including Tibet), as well as a new course on cognitive and evolutionary approaches to the study of religion.

“Monastic Customaries and the Promotion of Dge lugs Scholasticism in A mdo and Beyond,” Asian Highlands Perspectives, vol. 36 (2015): 84-105. Peer-reviewed.

“A Review of The Monastery Rules: Buddhist Monastic Organization in Pre-Modern Tibet,” Journal of Buddhist Ethics 26 (2019): 189–94.

“Review of Peter Schwieger’s The Dalai Lama and the Emperor of China: A Political History of the Tibetan Institution of Reincarnation,” Reading Religion of the American Academy of Religion (July 2016). readingreligion.org/books/dalai-lama-and-emperor-china

“Review of Michael Lempert’s Discipline and Debate: The Language of Violence in a Tibetan Buddhist Monastery,” Himalaya, The Journal of the Association of Nepal and Himalayan Studies, Vol. 33, no. 1 (2014): 139-40.

"A Definition of Religion that Works: The Religious Group and the Database of Religious History,” to be delivered at the annual conference of the American Academy of Religion,” San Antonio, November 2016.

“Huari (dpa' ris / dpa' re): The Gateway between Mongolia and Tibet,” paper to be delivered at the international conference “Interactions within Buddhist Traditions in China and Tibet: Xianmi Combinations and Sino-Tibetan Buddhism,” Renmin University, Beijing, July 2016 (invited participant).

“Innovators and Imitators of Monastic Culture in Amdo and Inner Mongolia in the Eighteenth and Nineteenth Centuries,” paper to be delivered at the Fourteenth Seminar of the International Association for Tibetan Studies, Bergen, Norway, June 2016.

“The Database of Religious History,” co-delivered at the Workshop on Religion, Ritual, Conflict, and Cooperation: Archaeological and Historical Approaches, Center for Advanced Study in the Behavioral Sciences at Stanford University, April 2016 (invited participant).

“The Beautiful Path of Practice: Ritual Orthopraxy and Sectarian Coherence from Tibet to Mongolia,” paper delivered at the Association for Asian Studies Annual Conference, Seattle, March 2016.

“The Religious Group: Demarcating the Unit of Analysis in the Database of Religious History,” part of panel at the XXI Quinquennial World Congress of the International Association for the History of Religions, Erfurt, Germany, August 2015 (paper author; panel co-organizer).

“It’s Not the Destination, It’s the Journey (to Rich People’s Houses): Or, Why Wutai Shan is Not That Special,” 17th Congress of the International Association of Buddhist Studies, August 2014.

“Chan Buddhism, Apparitions of Mañjuśrī, and the Sacred Mount Wutai: A Translation from the Chan Baizhang qinggui zhengyi ji,” The Space That Is More Than Space: New Perspectives on Buddhist Sacred Sites in East Asia, University of British Columbia, August 2013 (invited speaker).

Summer Foreign Language Fellowship, Summer 2009, awarded by the Graduate School of Arts and Sciences at the University of Virginia.

Robert J. Huskey Travel Fellowship (3), June 2011, November 2012, and August 2013, awarded by the Graduate School of Arts and Sciences at the University of Virginia.

Society of Fellows Travel Fellowships (2), April and November 2009, awarded by the Graduate School of Arts and Sciences at the University of Virginia.

Irwin S. Penn Memorial Scholarship, Summer 2009, awarded by the East Asia Center of the University of Virginia for research and language study in China.

Ellen Bayard Weedon Travel Grant, Summer 2008, awarded by the East Asia Center of the University of Virginia for research and language study in China.