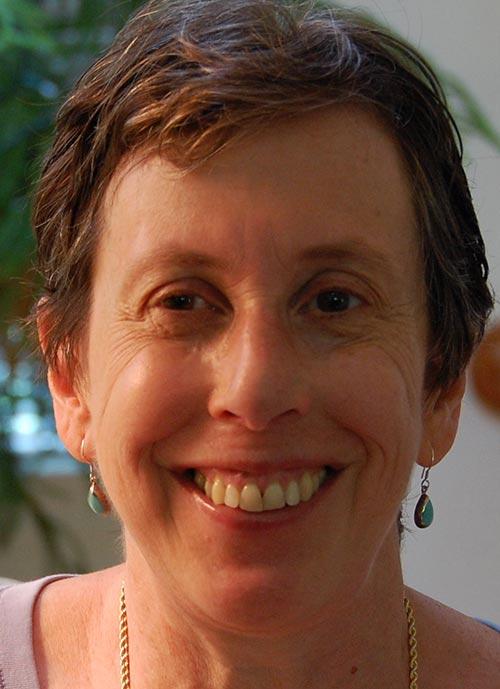 Alice Stone Nakhimovsky, Distinguished Professor of Jewish Studies and Professor of Russian and Eurasian Studies, was born in Brooklyn, N.Y., and went through its public schools before entering Cornell University, where she received her AB in 1971 and PhD in 1976. She completed the Advanced course in Yiddish at the YIVO/NYU Summer program in 2007. Her 2014 book, Dear Mendl, Dear Reyzl: Yiddish Letter Manuals in Russia and America (Indiana University Press), written with Roberta Newman, won a 2015 National Jewish Book Award. Repression, Reinvention, and Rugelach: A History of Jews at Colgate (Colgate University Press, 2018) was edited by Alice Nakhimovsky and written by six outstanding students, now mostly graduates: Amy Balmuth, Emily Khan, Cameron Pauly, Kim Ravold, Marit Vangrow, and Dominic Wilkins. A translation with commentary and notes is forthcoming in Fall 2018: Michael Beizer and Alice Nakhimovsky, Daughter of the Shtetl: the Memoirs of Doba-Mera Medvedev (Academic Studies Press). An article, "Assessing Life in the Face of Death: Moral Drama in the 1952 Trial of the Jewish Anti-Fascist Committee" is forthcoming in East European Jewish Affairs.

Many years ago, as a break from graduate school, Alice Nakhimovsky went to study in Leningrad and eventually married there. While she started her career writing on the Russian absurdists Kharms and Vvedensky, the subject of her dissertation and first book, she became more interested in Russian-Jewish issues and has come to specialize in that. She wrote a number of books and essays on Russian-Jewish literature (most significantly Russian Jewish Literature and Identity, Johns Hopkins, 1992), collaborated on a set of Russian language textbooks, and, together with her husband Alexander, put together a book of photographs by the eminent Russian photojournalist Evgeny Khaldei (Witness to History: The Photographs of Evgeny Khaldei, Aperture, 1997).

She is especially proud of her six years of work on the editorial board of the YIVO Encyclopedia of Jews in Eastern Europe (Yale University Press, 2008). The Encyclopedia is now online. The Forward ran a review of the book (April 11, 2008); another review ran in the LA Times in July 2008.

From 2006-8, Alice Nakhimovsky collaborated with colleagues Nancy Ries of Colgate, Slava Paperno of Cornell, and Ilya Utekhin of the European University, St. Petersburg (Russia) on a virtual museum about the Soviet communal apartment (kommunalka) in its multifarious aspects. The project was funded by a major grant from the National Endowment for the Humanities. Please visit our museum.

Some other publications on Jewish perception and behavior include essays on Il'ia Il'f (in Enemies of the People, Northwestern, 2002), Mikhail Zhvanetskii (in Forging of Modern Jewish Identities, Valentine-Mitchell, 2002), and Jewish food and behavior ("The Fugitive World of Russian-Jewish Cooking," in Food and Judaism, Creighton University Press, 2005; "You Are What They Ate: Russian Jews Revisit Their Past," Shofar: An Interdisciplinary Journal of Jewish Studies, Fall 2006; "Doch’ki Tev’e: chto oni eli i chto eto znachit," Istoriia i kul'tura rossiiskogo i vostochnoevreiskogo evreistva: Novye istochniki, novye podkhody, ed. O. V. Budnitsky, Moscow: Dom evreiskoi knigi, 2006; "Writing Obituaries and Declaring Life: Jewish self-assertion in a New York Russian-language newspaper,” Jewish Literature and History (University of Maryland, 2007). A little article on the writer Abraham Cahan is "Ab. Kahans esik," Forverts, 20 April 2007, p. 5. Her translation (with an introduction) of Grisha Bruskin’s memoir Past Imperfect came out in May 2008, with Syracuse University Press.

The subject of Dear Mendl, Dear Reyzl: Yiddish letter manuals in Russia and America is worth another word. Letter manuals were popular educational tools that provided templates for all sorts of correspondence, ranging from business — which Yiddish writing invested with over-the-top emotionality — to family life (also high-decibel) and courtship. Vox Tablet did a podcast on the book; Nakhimovsky and Newman had a "book launch west" at the University of California, Berkeley and the Magnes Museum, in April 2014,  and had a "book launch east" at YIVO in June 2014. Two short pieces about these fascinating little books can be checked out online are the "brivnshteler" essay at the Encyclopedia website, and an essay called "Free America," published in the journal American Jewish Archives, about American letter-writers in particular.

At Colgate, Professor Nakhimovsky teaches a variety of literature courses in Jewish Studies, as well as Russian language and twentieth-century Russian literature. When not writing, cooking, or teaching, she is usually practicing piano. She loves to play music, cook, and in general hang out with her her family, both the grownups Isaac Nakhimovsky and Chitra Ramalingam, Sharon Nakhimovsky and Evan Nathan-Herring, and the not-so-grownup (Maya and Ashwin Nakhimovsky and Dina Nathan).