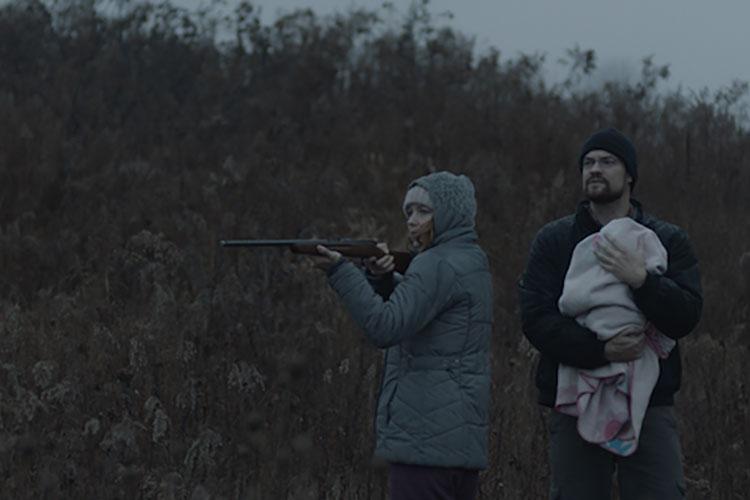 In the movie, a young woman struggles to survive on her own in the wake of a mysterious, zombie-spawning epidemic that has decimated society and forced her deep into the unforgiving wilderness. The film was entirely self-financed (in part through a successful kickstarter campaign) and even self-cast — the lead actress, Lucy Walters, was approached via Twitter messages from Blackhurst.

“We thought Here Alone would appeal to fans of well-crafted psychological dramatic thrillers and elevated genre films — again showing our understanding of what it requires to tell a simple and powerful story.”

Co-founded by Craig Hatkoff ’76, the Tribeca Film Festival saw controversy this year when the film Vaxxed was removed from the screening schedule. Colgate Professor Penny Lane wrote a post about the festival’s decision to screen the documentary, and numerous national and international media outlets quoted her words.

Variety wrote, “The reaction on Twitter, Facebook, and social media platforms was intense. The decision [to include the film] also was criticized in the creative community, with documentary filmmaker Penny Lane (Our Nixon) writing an open letter to the the festival saying that including Vaxxed threatened its credibility.”

CBS News included Lane’s words in its recap of the controversy as did the New York Times, Rolling Stone, the Guardian, and USA Today.

In a fourth Tribeca-Colgate connection, The Return, which won the audience award in the documentary category, will soon air on the PBS series POV, produced by Chris White ’91.