Studying the effects of immigration on U.S. workforce 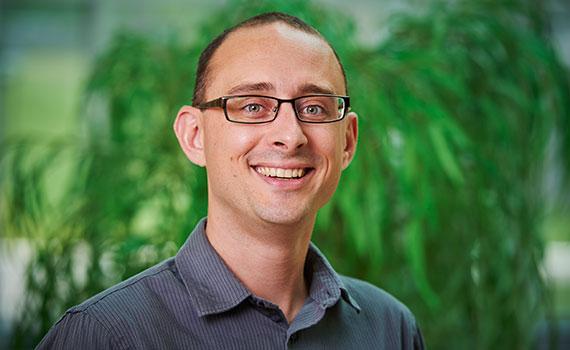 The immigration debate has caused concern that foreign workers could out-compete U.S.-born applicants, reduce wages, and even discourage Americans from seeking science, technology, engineering, and math (STEM) careers. Using a $128,640 grant from the National Science Foundation, Associate Professor of Economics Chad Sparber and faculty from four colleges will study the impact that foreign-born workers with advanced degrees have on wages and employment at U.S. firms.

For years, firms have used the federal H-1B program to hire highly educated immigrants, who usually have backgrounds in STEM fields. The U.S. government grants a temporary work permit, allowing firms to tap a labor force that for years has helped to foster innovation, which generates positive effects on wage and employment growth, according to Sparber.

“These are the types of workers responsible for creating new growth-promoting technologies that create positive spillovers into other sectors of the economy,” he said. “Think about all the technologies that help us do our jobs more effectively that didn’t exist ten years ago — many of those advancements would not have been possible without H-1B workers.”

But others worry over the potential drawbacks of using foreign workers. The project will examine these issues. Research has begun by examining data that are free and open to the public. But information on wages, profits, employment, and expenses at firms is confidential and available only through the U.S. Census Bureau. Access requires visiting any of the 19 Research Data Centers across the nation.

“This grant allows us to do more ambitious work — helping to support travel required for accessing restricted-use data, for example,” Sparber said. “We would not be able to do this project without NSF support.”

Through the years, experts who studied migration focused on illegal immigration or workers with high school degrees or lesser education. Personnel with advanced degrees were largely ignored.

“Many people were missing the fact that foreign-born workers also make up a sizable portion of the U.S. labor force with a bachelor’s degree or more education,” Sparber said.

“The foreign-born share of workers with a graduate degree has grown from about eight percent in 1970 to twenty percent today,” he said. “Immigrants were responsible for seventy-seven percent of the STEM employment growth between 1990 and 2000 and more than half of the total growth from 2000 to 2010. It is really interesting — and important — to ask how those trends and figures are affecting the broader economy.”

The grant will fund their work for two years. But, said Sparber, a project isn’t finished until the papers are published: “In economics, the time between the inception of an idea and the publication of a paper can last several years. It is hard to say how long this project will take, but it is the top research priority for everyone on the team.”