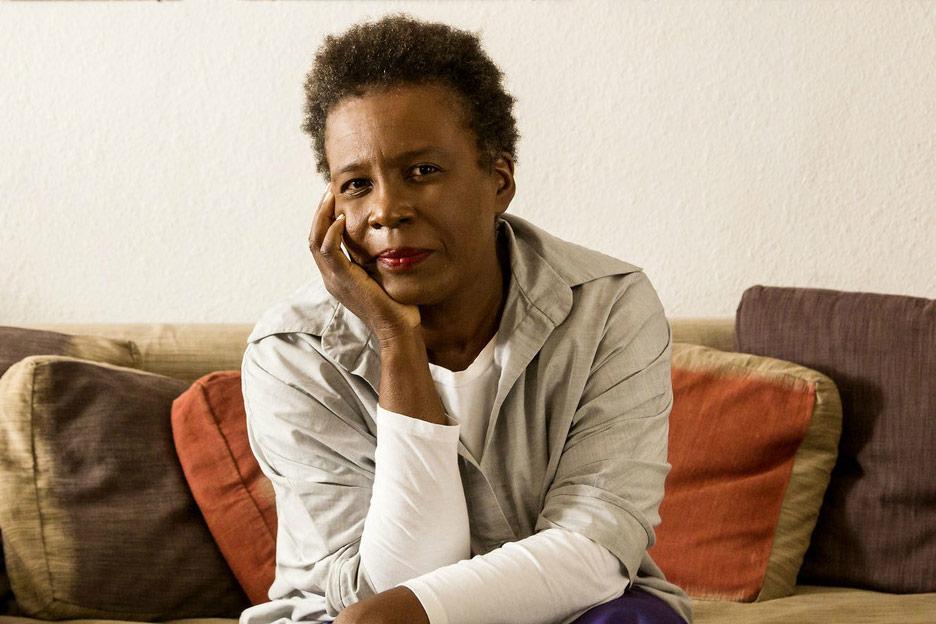 A photo of poet Claudia Rankine sitting on a couch.

Nationally-renowned poet Claudia Rankine, a recipient of the 2016 MacArthur “Genius” Award,  will deliver the keynote address at Colgate’s 196th commencement Sunday, May 21, in Sanford Field House.

Rankine, the Frederick Iseman Professor of poetry at Yale University, is the author of five collections of poetry, including Citizen: An American Lyric and Don’t Let Me Be Lonely; two plays, including Provenance of Beauty: A South Bronx Travelogue; and is the editor of several anthologies, including The Racial Imaginary: Writers on Race in the Life of the Mind.

“This collection examines everyday encounters with racism in the second person, forcing the reader — regardless of identity — to engage a narrative haunted by the deaths of Michael Brown, Trayvon Martin, and Renisha McBride,” NPR said when Citizen was selected as a Best Book of 2014.

Rankine’s other works include Nothing in Nature is Private and The End of the Alphabet, and she co-edited the anthology American Women Poets in the 21st Century: Where Lyric Meets Language. Her work is also included in several anthologies, including Great American Prose Poems: From Poe to the Present; Best American Poetry 2001; Giant Step: African American Writing at the Crossroads of the Century; and The Garden Thrives: Twentieth Century African-American Poetry.

The Baccalaureate speaker for the Class of 2017 will be the Rev. Gayle Fisher-Stewart, associate rector of Calvary Episcopal Church in Washington, D.C., where she is the founder of the Center for the Study of Faith in Justice.

Fisher-Stewart spent 20 years working as a police officer for the Washington, D.C., Metropolitan Police Department before moving to the clergy, and she is known for her work focused on race, social justice, inequality, and policing. She has degrees from the University of Maryland, American University, the University of the District of Columbia, the Wesley Theological Seminary, and she is the author of Community Policing Explained: A Guide for Local Governments.

Rankine and Fisher-Stewart will receive honorary doctorate degrees during the ceremony, as will:

Professor of the practice of the humanities at the Massachusetts Institute of Technology
An American writer, physicist, and social entrepreneur, Lightman’s research in astrophysics has concerned black holes, relativity theory, radiative processes, and the dynamics of stars. He has written six novels, several collections of essays, a book-length narrative poem, several books on science, and his work has appeared in the Atlantic, Granta, Harper’s, the New Yorker, The New York Review of Books, and Salon.

Princeton University Edwards Professor of American history emerita
Painter is an artist, educator, and historian who has held fellowships from the Guggenheim Foundation, the National Endowment for the Humanities, the American Council of Learned Societies, and the American Antiquarian Society. Painter earned a doctorate in history from Harvard University and an MFA in painting from the Rhode Island School of Design. Her work has been exhibited in numerous galleries, including the exhibition She Said, She Said: Art and Inspiration in the Work of Nell Painter and Lucille Fornasieri Gold, at the Brooklyn Historical Society in 2014.

Director of the Migration Policy and Research Department at the International Organization for Migration (IOM) and permanent observer to the United Nations for IOM
Klein-Solomon received a juris doctor and master of science in foreign service from the Georgetown University Law Center and the Georgetown University School of Foreign Service. Prior to joining IOM, Klein-Solomon was an attorney adviser with the U.S. Department of State, Office of the Legal Adviser.