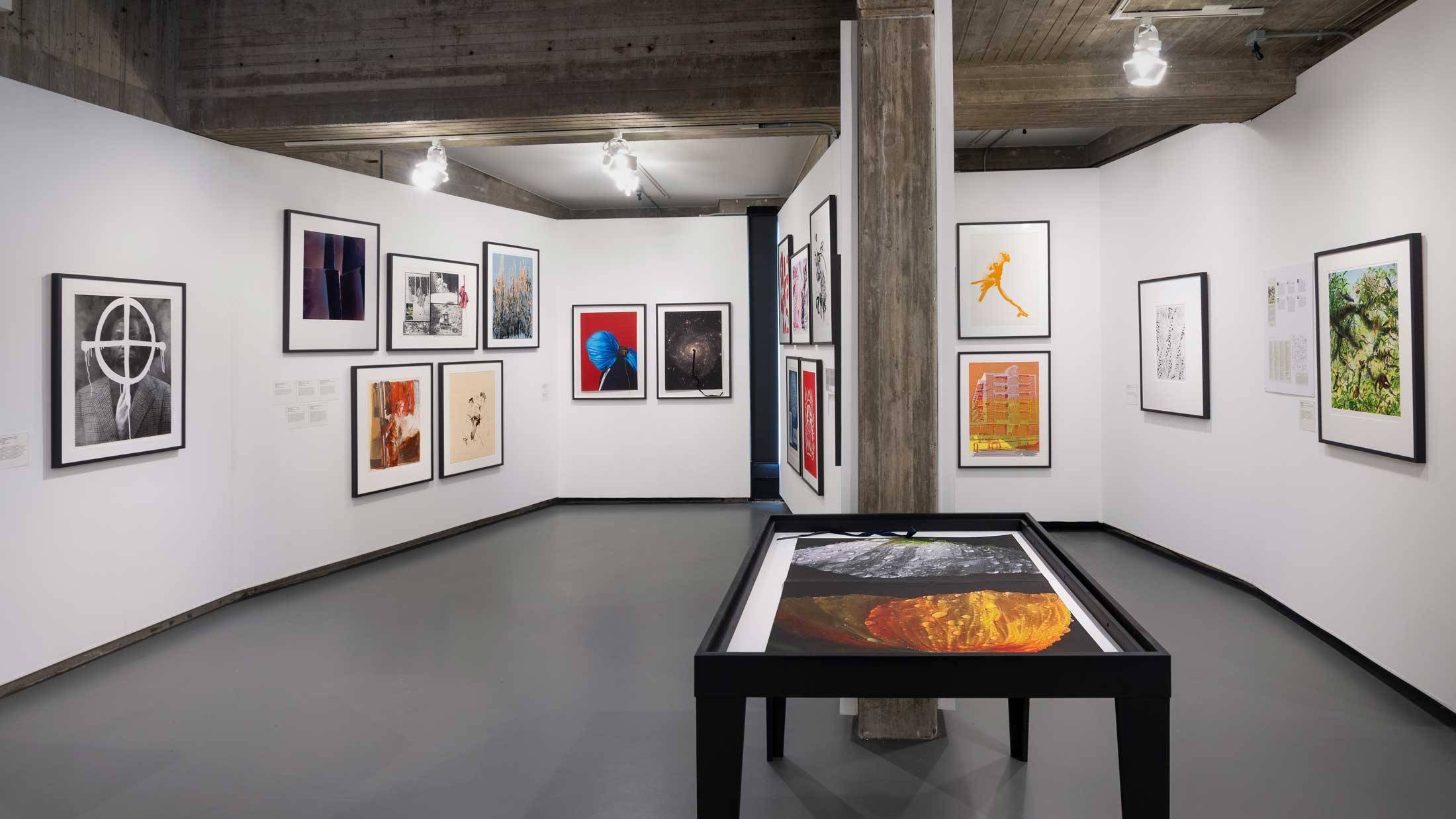 Picker Art Gallery is currently hosting its second “EXXIT: Prints for the 21st Century” exhibition, the first having taken place last spring. Organized by Co-Director of University Museums and Curator of Picker Art Gallery Nick West and students, the exhibition features 50 prints — many by artists of color, queer artists, and women artists — that address contemporary issues including race, inequity, and identity.

Colgate received the portfolios from Manhattan-based alternative art space Exit Art after its closure in 2012 after 30 years of operation.

“When Exit Art closed down, they donated several benefit print portfolios to various university museums around the country,” West says. Colgate received eight portfolios, thanks to connections within the alumni network.

As an organization dedicated to allowing underground artists to gather and share work, Exit Art helped Colgate expand the diversity and contemporaneity of Picker’s collection through its donation.

“This series of prints represents some of the most contemporary art in our collection,” West says. “We also wanted to signal that, looking to the future, we [want] to diversify the collection in terms of representation by artists of color, queer artists, and women artists. As is the case with a lot of museum collections, ours lean heavily white, male, European, and North American.”

The collection features artists including Sanford Biggers, Chitra Ganesh, Diana al-Hadid, Rashid Johnson, Chakaia Booker, and more — all well-known, contemporary artists, but whose prints are from very early on in their respective careers. Along with the diversity of artists, the work itself varies in medium and technique, ranging from photography, to 20-color screen prints, to Booker’s rubber-made prints.

“I think, because there’s such a diversity of subjects and use of experimentation with the print-making process, there’s something for everyone,” West says. “There’s a broad recognition that museums, in order to be more equitable and inclusive places, need to look at their collecting habits and whose voices are being included in exhibitions. Letting other narratives into the space is what’s important. In my belief, that begins with the collection.”

“EXXIT: Prints for the 21st Century” will be on display through Dec. 19.