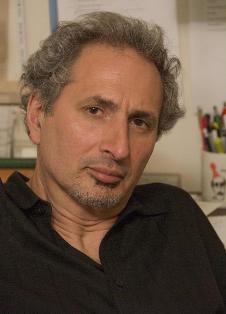 Colgate professor Peter Balakianhas been named the 2012 recipient of the Alice and Clifford Spendlove Prize in Social Justice, Diplomacy and Tolerance.

The annual prize honors an individual who exemplifies the delivery of social justice, diplomacy and tolerance in his or her work. Past recipients include former President Jimmy Carter.

“Peter Balakian has been called ‘the American conscience of the Armenian Genocide,'”  said Sherrie Spendlove, who founded the prize. “Our world history is incomplete without the full story of the Armenian Genocide being inscribed therein for all to see. Genocide in any part of the world in any epoch is an affront to humanity everywhere, in every time.”

He is the recipient of many awards and prizes and civic citations, including a Guggenheim Fellowship, a National Endowment for the Arts Fellowship, and the Emily Clark Balch Prize for poetry from the Virginia Quarterly Review. He has appeared widely on national television and radio programs including 60 Minutes, ABC World News Tonight, Charlie Rose, and Fresh Air.