Next Up on 13: A Third-Century Update With Colgate President Brian W. Casey 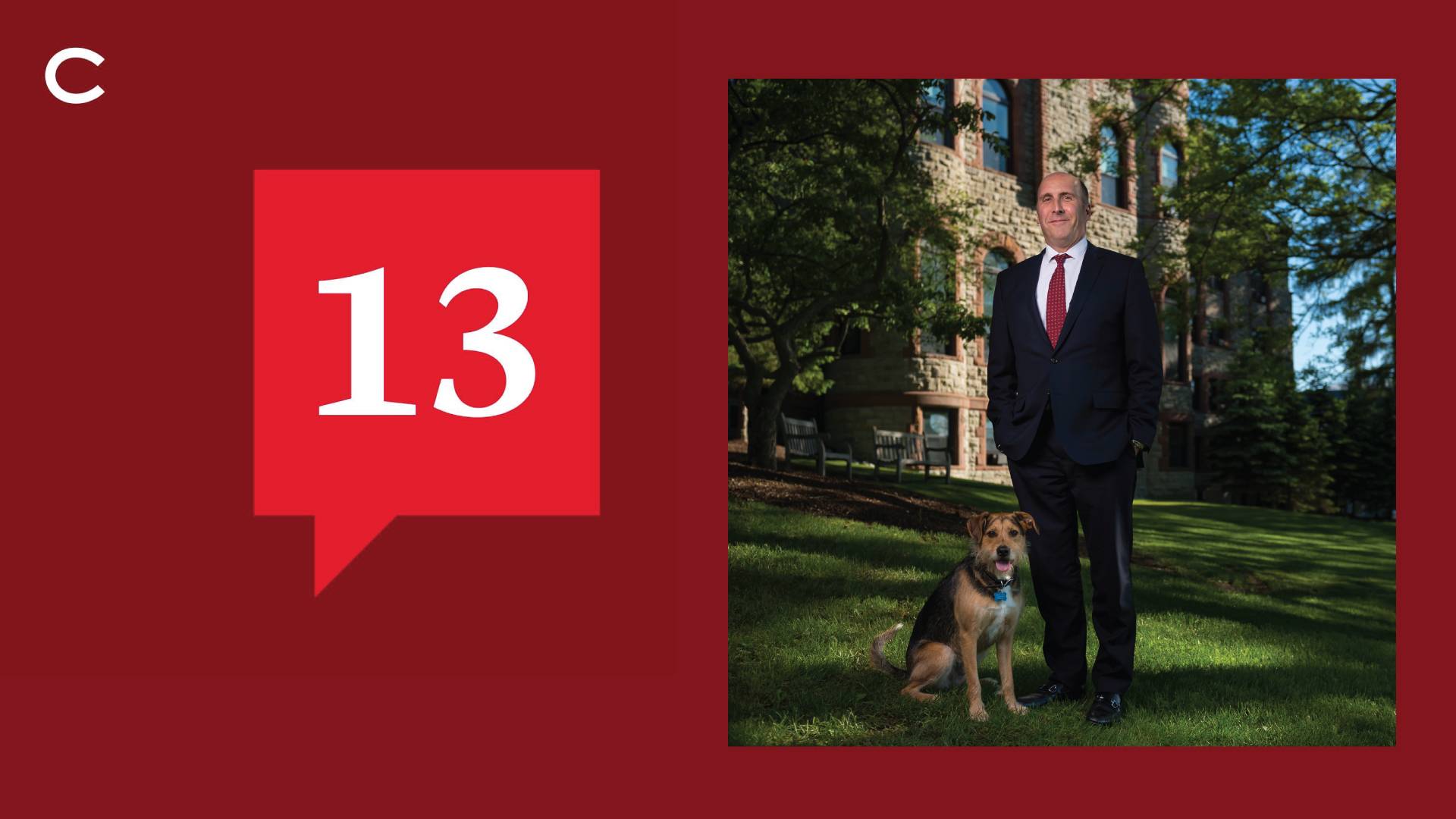 Join Colgate’s 17th president, Brian W. Casey, as he returns to the podcast for the first time since the start of the COVID-19 pandemic.

Casey shares his experience of quarantining in West Hall and overseeing a University in motion while the world continues to grapple with a persistent public health threat. Learn about the University’s ongoing implementation of the Third-Century Plan, including new construction, renovations, faculty investment, and major changes to the campus landscape in this last-of-the-year episode of 13.

President Casey earned a bachelor of arts in philosophy and economics at the University of Notre Dame and then went on to earn a law degree from Stanford University Law School. He practiced law in New York City and London before deciding to leave the world of law to attend Harvard University, where he earned his PhD in the history of American civilization.

Casey worked at Brown and Harvard before becoming DePauw University’s 19th president in 2008, a position he held for eight years before joining Colgate on July 1, 2016.

In just five years, President Casey has led Colgate to even greater national prominence, both for its commitment to an outstanding liberal arts education and also for the support that the University provides for its students. In the two years since President Casey last joined the podcast, Colgate has set in motion a number of new initiatives and investments related to the University’s Third-Century Plan — during a pandemic.