Next Up on 13: Matt Langel talks Hoops, Recruiting, and Team Culture 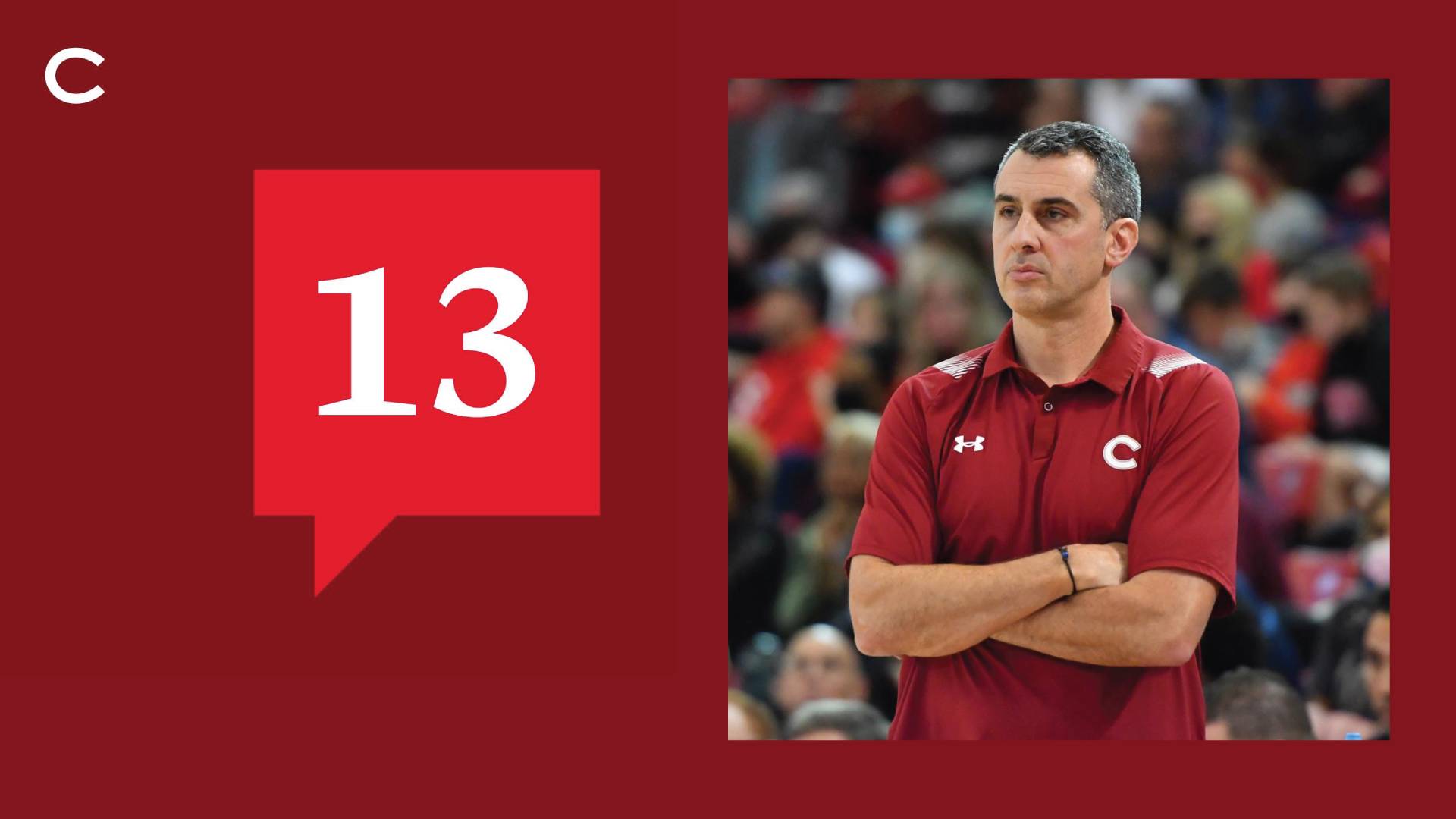 On the latest episode of 13, Colgate Men’s Basketball Head Coach Matt Langel talks about leading a Division I basketball team, defeating Syracuse twice in a row, and building a culture of excellence.

Langel is also the first coach in Patriot League men’s basketball history to earn three consecutive Coach of the Year awards in 2018, 2019, and 2020. In each of those seasons, Colgate also set program records for single-season wins. Nearly 20 former players for Coach Langel have played professional basketball.

Langel is a graduate of the University of Pennsylvania, where he also played Division I basketball, finishing his collegiate basketball career with 1,191 points and 201 three-pointers, 11th in Ivy League history. After graduating, Langel played professional basketball for several teams in Europe before returning to the states and becoming one of Penn’s assistant basketball coaches. He then served as an assistant coach at Temple before joining the Colgate Raiders in 2011.

Each episode of 13, Colgate’s award-winning podcast, digs into the work of a University community member by asking questions. Episodes highlight the wide array of academic disciplines at Colgate, with interviews featuring faculty from political science, sociology and anthropology, physics and astronomy, women’s studies, English, Africana and Latin American studies, and many more.