Next Up on 13: Associate Vice President Dan Gough 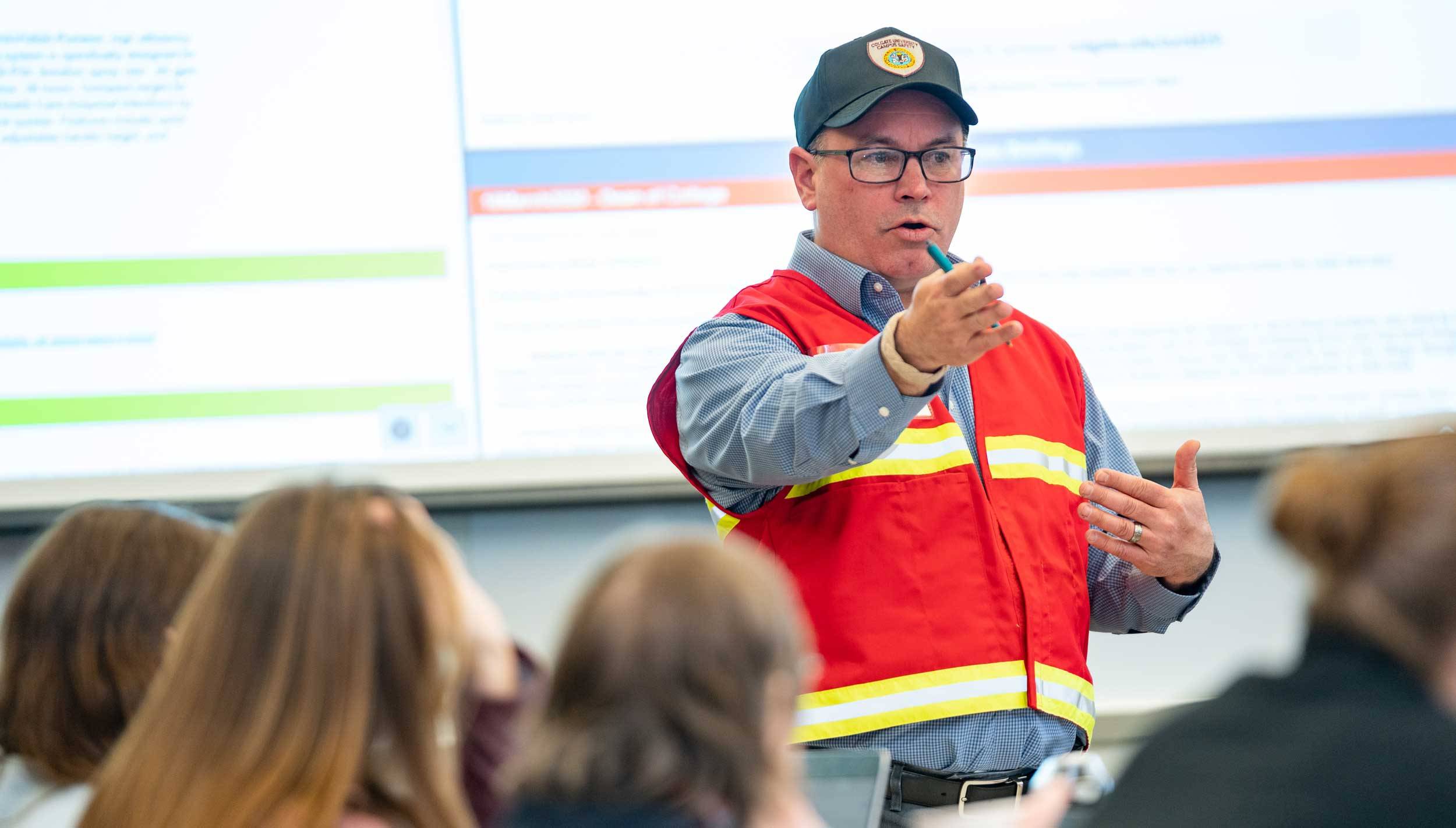 In the one-year anniversary episode of 13, get to know Dan Gough — a man who “never takes a day off” — as he explains his role as Colgate’s associate vice president for campus safety, emergency management, and environmental health and safety. Learn about the University’s handling of the COVID-19 crisis, how Colgate responds to emergency situations, and what a typical week of campus operations looks like behind the scenes, from socially distanced fire drills to the evacuation of students from outdoor tents in the face of a hailstorm-turned-mesocyclone.

Gough received his bachelor’s degree in psychology from Brown University. He then served as an officer in the U.S. Navy for 11 years before switching career paths and becoming the director of environmental health and safety for Roger Williams University. Gough is also a distance runner, once qualifying for the Olympic trials. Nowadays, he spends more time running three different departments, more than 40 campus safety officers, and the Emergency Operations Center’s team of 55 subject-matter experts.

Each episode of 13, Colgate’s biweekly podcast, digs into the work of one University community member by asking 13 questions. Episodes highlight the wide array of academic disciplines at Colgate, with interviews featuring faculty from political science, sociology and anthropology, physics and astronomy, women’s studies, English, Africana and Latin American studies, and many more.