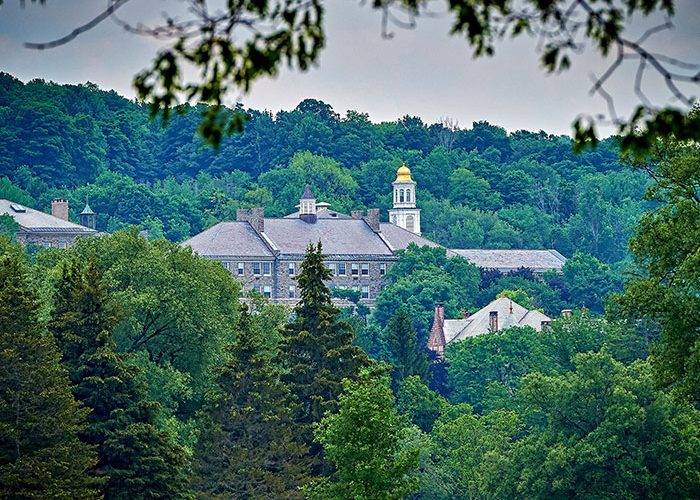 Through much deliberation, community feedback, and careful examination, Colgate is proud to announce its investment in several impactful carbon offset projects to mitigate remaining University emissions for air and automotive travel, and energy consumption related to buildings.

“I’m particularly excited about offsets with a local Seneca Falls, N.Y., landfill-to-gas energy project. It was exciting to hear students in discussions express that local offsets were important — to benefit our immediate community — and then see the committee create a plan accordingly, focused on ideas from the campus community,” said committee member Christina Weiler ’21.

Seneca Meadows landfill gas to energy (New York): This Waterloo, N.Y., project, supported by NativeEnergy, helps to fund a methane capture system for 413 landfill gas extraction wells to generate 18 megawatts of electricity. Importantly, the project also protects a wetlands preserve that is home to more than 215 species of birds. According to the project managers, this effort generates enough electricity to power more than 20,000 homes and businesses.

May Ranch Avoided Grassland Conservation (Colorado): This carbon sequestration and conservation project protects more than 14,500 acres of native grasslands in Prowers County, Colo. These native grasslands provide critical habitat for a number of migratory birds and other wildlife, including endangered species. Preservation work like the ranch project helps to prevent the release of carbon sequestered in the soils while also serving to protect and enhance one of the most endangered ecosystems in the country.

“Over the past 10 years, through the implementation of dozens of on-campus projects, Colgate has reduced its carbon footprint by a remarkable 46 percent,” said Colgate Director of Sustainability John Pumilio. “With the establishment of the Green Revolving Loan Fund as well as an ongoing commitment to renewable energy, energy efficiency, and green buildings, the University will continue to draw down our footprint while reaffirming our role as a leader in higher education.”