Margaretta Burdick ’14 awarded a Fulbright to teach in Turkey 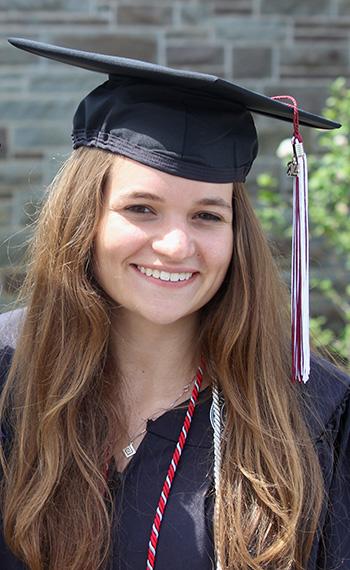 Margaretta Burdick ‘14, of Bedford, N.Y.,  has been awarded a Fulbright English Teaching Assistantship (ETA) to Turkey, where she will serve as an English teaching assistant in a university setting.

A double major in political Science and psychology, Burdick first experienced Turkish culture during a brief trip to Istanbul while she was on Colgate’s Geneva Study Group, where she also did a major research paper on Turkey’s possible accession to the European Union.

“Through my teaching, I hope to bring part of what I learned at Colgate to others halfway around the world,” said Burdick. Burdick said she is excited for the opportunity to connect with Turkish people through the power of knowledge and learning, and she plans to engage her students by working on a class newspaper and a book club.

In addition to teaching English, Burdick plans to teach her students about American culture, and she hopes to immerse herself fully in Turkish culture while learning about popular music and art.

“Margaretta brings a great combination of interests to the table as a Fulbright ETA — commitment to literacy programs and cross-cultural exchange, academic background in both political science and psychology,” said Kim Germain, Colgate’s assistant dean for fellowship advising and a close adviser to  Fulbright applicants. “She’ll be an outstanding ETA, and also learn a great deal about Turkish culture.”

Burdick’s future plans include graduate study in international affairs, and she hopes to continue to devote her energies to improving literacy.

Burdick is one of four Colgate seniors awarded a Fulbright grant for the 2014-2015 academic year.

The Fulbright Program is the flagship international educational exchange program sponsored by the U.S. government and is designed to increase mutual understanding between the people of the United States and the people of other countries. Recipients of Fulbright grants are selected on the basis of academic achievement, as well as demonstrated leadership potential in their fields.